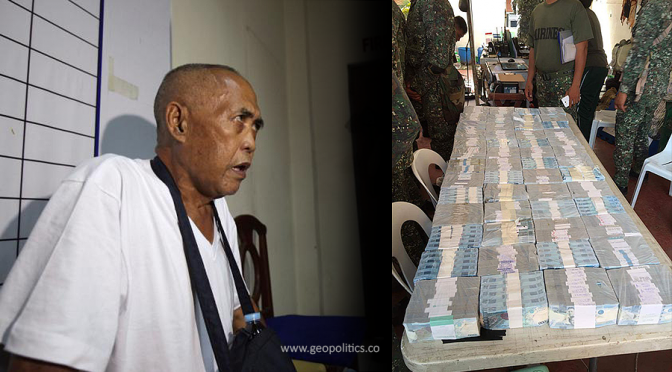 In the Philippines, the Duterte government is winning the war against the CIA implanted Maute-ISIS terror group that is laying siege in Marawi City recently. Stacks of newly minted 1 thousand bills totaling PHP 52 million, and several checks worth PHP 27 million, were recovered from a machine gunner’s nest in Marawi City, 2 days ago.
The plot thickens when some senators from the pro-West opposition Liberal Party were reported to have gone to Marawi about 2 weeks prior to the ISIS-Maute siege of the city.
The Justice Department is now investigating the possibility that this is part of the payment made to destabilize the Duterte government for its decisive anti-illegal drugs campaign, and its pursuit of a truly independent foreign policy.

Justice Chief seeks investigation, saying it could be part of a destabilization plot against the Duterte Administration

MANILA (UPDATE) – Justice Secretary Vitaliano Aguirre II has called for an investigation into a meeting among minority lawmakers and local leaders in Marawi City early last month, saying it could have “sparked terroristic acts” in the city.
Aguirre said Senators Antonio Trillanes IV and Bam Aquino, along with Magdalo party-list Representative Gary Alejano and Ronald Llamas, political adviser of former president Benigno Aquino III, met with local leaders in Marawi City on May 2.
The meeting happened 21 days or three weeks before clashes between government troops and Islamist militants started on May 23.
… “They met with the people there, they met with several families there,” Aguirre said.
The justice chief said it was possible that the meeting could have “agitated” groups in the city, and could even be part of moves to destabilize the Duterte administration, even as he stressed that facts and evidence were needed to establish this.
Aguirre said the investigation should check if the minority group was responsible for bringing in huge sums of money into Marawi City, in light of the recovery by government forces of P79-million in cash and checks from a stronghold of the terrorist Maute group in the city.

In another development, the father of the Maute brothers running the local terror enterprise falls into the hands of the authorities as his group tried to sneak past through a checkpoint with a rented van.

Cayamora Maute, was in a vehicle along with a son-in-law, a daughter-in-law and a woman believed to be his wife, when it was stopped at a checkpoint in Davao City, regional police official Alexander Tagum told a news conference.
“As a patriarch and the father of the Maute brothers…I guess he can still persuade his sons to stop the fighting in Marawi and once and for all surrender to the government,” regional military spokesman Brigadier General Gilbert Gapay told the same briefing. 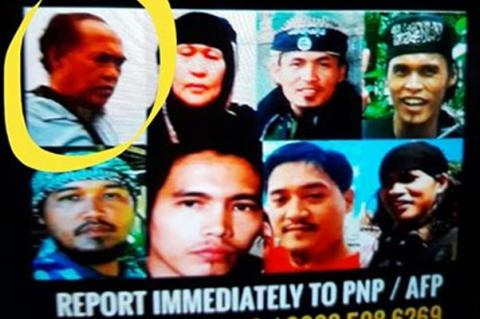 The May 23 occupation of Marawi City by hundreds of militants who had pledged allegiance to the ultra-radical group, Islamic State, triggered a brutal urban battle with military forces that entered its third week on Tuesday.

The recovered dead insider’s videos below, which are showing how the Maute heirarchy were planning the attacks of at least 3 separate municipalities aside from Marawi, is what prompted the Duterte government to impose Martial Law in the entire island of Mindanao.

Aside from the above government gains, a large cache of assorted weapons and ammunition was also found in one of the Maute occupied houses.

Another key player,  former Marawi City Mayor Salic Umpar Fajad, now druglord, was nabbed for rebellion in the adjacent province of Misamis Oriental. Large portion of the funds for the Maute terror group comes from illegal drugs.
The siege of Marawi has showcased not only the barbarity of the terrorists, who were burning Christian churches…
https://www.youtube.com/watch?v=CVnoQXcLuHE
…  and killing Christian civilians at will, it has also shown how Muslims defended and shielded their Christian neighbors from the terrorists.

The Philippine military will be using Cayamora Maute as a bargaining chip for the safe recovery of the hostages, which included a priest and several assistants.
The Maute siege of Marawi City was part of a bigger plan to make it as an independent city much like Raqqa and Aleppo in Syria before the Russian-led intervention, and as a staging point by which the entire Mindanao will be severed from the rest of the country.

“There was indeed a bigger plan and it was supposed to wreak more havoc,” military spokesman Restituto Padilla told a news conference as aerial bombing resumed against fighters who have sworn allegiance to the ultra-radical Islamic State.
Philippine senators said members of the upper house were last week shown a video of the militants, led by a group known as Maute, plotting a far more sophisticated siege of Marawi City than the attack they launched there on May 23.
“It was clear that these terrorists, the Maute group, their end goal is to make Marawi … independent, or to separate from the republic,” Senator JV Ejercito told Reuters.
“With a plan like this, this is already rebellion and a threat to national security, so declaration of martial law is justified,” he said, referring to the martial law declared by President Rodrigo Duterte across the southern island of Mindanao when the siege began.
The Associated Press (AP) first reported on the seized video footage, which showed Isnilon Hapilon – proclaimed last year by Islamic State as its “emir” of Southeast Asia – and others planning to take hostages from a school, seal off roads and capture a highway.
Armed forces Chief of Staff General Eduaro Año told the AP that the images showed an intention to dismember “a portion of the Philippine territory by occupying the whole of Marawi City and establishing their own Islamic state or government”.

Indonesian intelligence puts the estimate of ISIS terrorists that are already in the Philippines at 1,200, about 40 of whom are Indonesians.
The remaining Maute-ISIS terrorists in Marawi are said to be moving from one building to another through the basements, and tunnel network in the city — a painful reminder of the deadly experience during the skirmishes in 1970s.

Today’s Martial Law in the Philippines is, of course, a lot different from Marcos’ in the ’70s.
Here’s an expat telling his recent experience about Marawi.
https://www.youtube.com/watch?v=ScRf-re4770