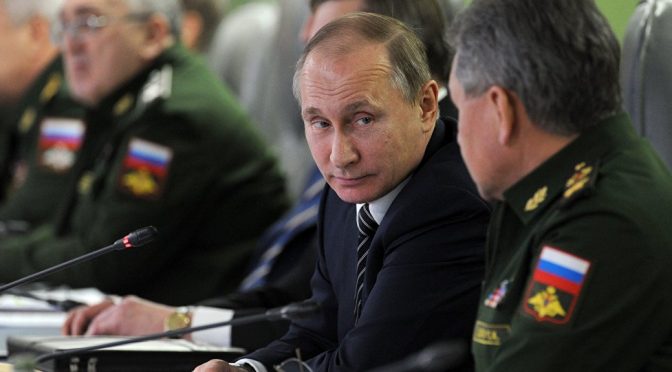 This will be one of those rare times when we will be using the #RussiaDidIt hashtag with gusto. The top echelon of the CIA organized Daesh terror enterprise has been decapitated. The US ambition to partition Syria, and the entire Greater Israel plan, are about to be completely decimated. 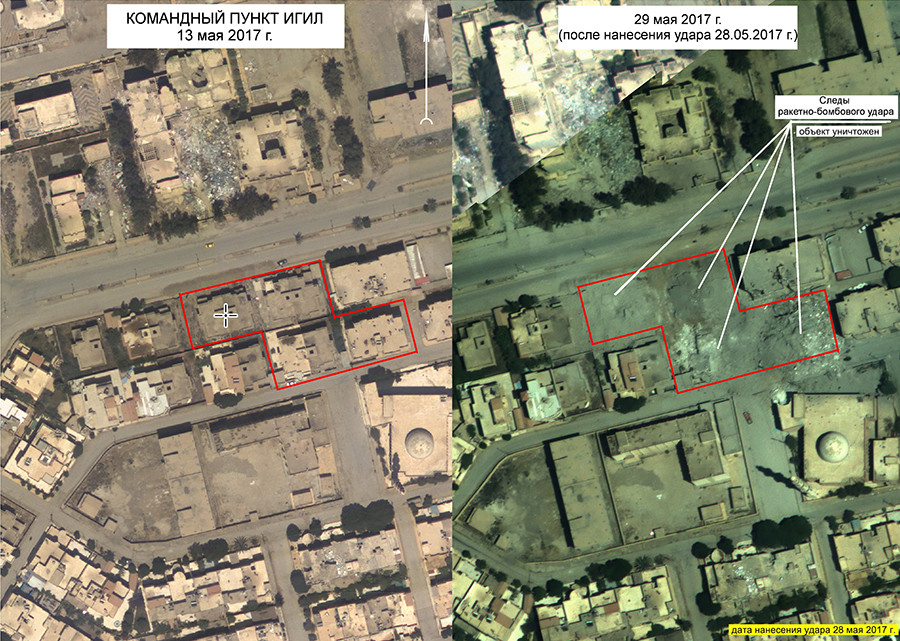 The Daesh leader may have been alongside other leaders of the extremist group and 330 terrorists killed in the airstrike.
The ministry said its Su-34 strike aircraft and Su-35 multirole fighter attacked a so-called  Daesh military council south of Raqqa in northern Syria on May 28.

“According to information that is checked through various channels, Daesh leader Ibrahim Abu-Bakr al-Baghdadi, who was killed as a result of the strike, was also present at the meeting,” the ministry said in a statement.

“As a result of the Su-35 and Su-34 airstrikes, high-ranking commanders of the terrorist groups who were part of the so-called IS military council, as well as about 30 mid-level field commanders and up to 300 militants of their personal security, have been killed,” the statement read.
The Russian Defense Ministry obtained information about the upcoming “military council” in late-May. The meeting was planned to discuss an exit plan from the Daesh stronghold of Raqqa through the “southern corridor.”
Later in the day, the US-led coalition said that it could not confirm the death of Baghdadi, but noted it would welcome the news if confirmed.
“There have been several past claims of this kind that have been proven false and we have seen no definitive proof that this report is true either,” a coalition spokesperson told Sputnik. “However, the Coalition and the global community would welcome the news of al-Baghdadi’s demise.”
Al-Baghdadi appeared in the media for the first time in 2014 when he declared the creation of a caliphate in the Middle East. Since then, there have been several reports of his death, none of which were confirmed though. On Sunday, the Syrian state television reported that Baghdadi was presumably killed as a result of US strikes in Raqqa.

The alleged death of al-Baghdadi could help facilitate the liberation of Raqqa, the de facto capital of Daesh, according to Russian Senator Viktor Ozerov, chairman of the Council of the Federation Committee on Defense and Security.

“Ultimately, this will help solve the task of freeing Raqqa,” Ozerov told Sputnik.

His opinion was echoed by Russian lawmaker Alexei Pushkov, who noted that the death of the Daesh leader would speed up the defeat of the terrorists.
“The death of al-Baghdadi will be a severe blow to Daesh, if confirmed. The group is in full retreat. The death of its leader will prompt a military defeat,” Pushkov wrote on Twitter.

‘Panic’ in the Daesh Ranks

Vladimir Dzhabarov, the first deputy chairman of the Council of the Federation Committee on Foreign Affairs, suggested that Russia should take an advantage of the situation.

“This moment cannot be missed, there may be panic [within Daesh], which should be used,” Dzhabarov told Sputnik.

The lawmaker added that “of course the war does not end with the killing of one leader, but it can make a significant contribution to the fight against terrorists.”

President Putin Briefed on the Report

The spokesperson also noted that Moscow and Washington lack cooperation in fighting terrorism.
“If we cooperated and interacted, I mean Russia and the United States, then this fight could be felt more effectively,” he said.

Commenting on the report, Russian Foreign Minister Sergei Lavrov warned against making hasty conclusions.
The minister underscored that the Russian military does not have 100 percent proof of the Daesh leader’s elimination.
Of course, I have heard about these reports. So far, I have no 100 percent confirmation of this information yet,” Lavrov said during a press conference in Moscow.
He noted that the possible elimination of Baghdadi shouldn’t be overestimated.

“All examples of such actions on the destruction, ‘beheading’ of terrorist groups have always been presented with great enthusiasm, however, history shows that the fighting capacity of these structures [terror groups] were then restored,” Lavrov added.

In an interview with Sputnik, Deputy Chairman of Russia’s Federation Council Committee on International Affairs Andrei Klimov underscored that the death of the leader will weaken Daesh but it will not decide the fight against terrorism.
The lawmaker pointed out that Daesh’s core is decentralized and its parts operate in other countries, including Syria, Libya and Southeast Asia.
“The reported death of Al-Baghdadi does not mean that it is time to stop combat actions [against terrorism],” Klimov said.