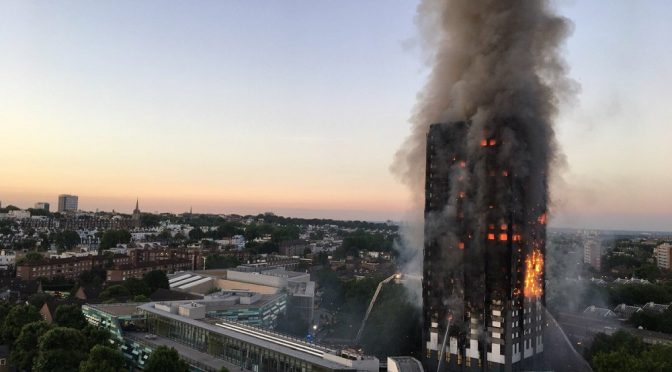 The survivors of the Grenfell Tower fire are protesting the UK government’s insensitivity to their plight, in the aftermath of the incident. The Grenfell tower residents say they’ve been ignored largely by both local and national governments.
The tower is in London’s richest borough, Kensington. And there’s anger at the deprivation in Kensington’s housing estates compared to the vast wealth on neighboring streets.

Kensington is home to many of the self-righteous talking-heads of the Oligarchy, who are pressuring other governments and societies to follow their norms.
But, if they can’t respond adequately on their problems at home, why are they throwing their weight and preaching their virtues in other countries, thousands of miles away?
They should start from their own backyard first.