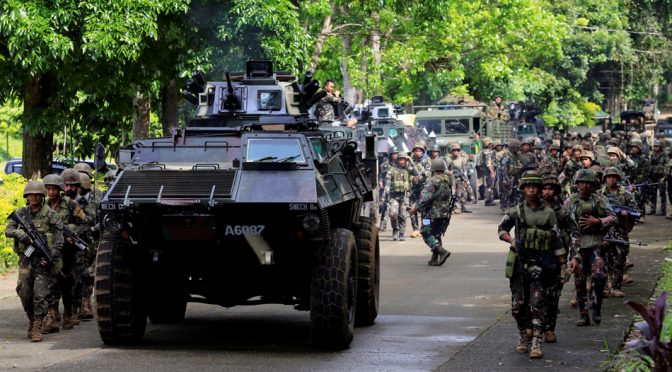 Contrary to pro-US media assertions, there are no US boots on the grounds of Marawi City. Even the reported “technical assistance” was proven to be incompatible with the system employed by the Philippine military, the commanding general has said.
In short, all of these are purely propaganda to steal the thunder away from the Philippine president who had to cut short his trip to Russia, specifically to attend to the Marawi Siege personally.
More than that, the US drone surveillance footage could also show the actual positions of the military, which the CIA could then use to provide advantage to their Maute-ISIS terror operatives on the ground.
This forced US insertion has caused Duterte to take a 5-day leave, even missing the Philippine Independence Day celebrations on the 12th of this month, out of sheer frustration.
How can a country celebrate its independence while still hosting foreign forces?

Establishment of IS Caliphate Preempted

The activities of the Maute terror group have been closely monitored months before the battle, but there seems to be a failure of appreciating the full significance of the data being gathered.
The actual size and nature of the weaponry, and volume of ammunitions, were not properly evaluated due to the number of unregistered guns that are already in the city, as the Maranaos are known to have their own armory, which is actually part of their centuries-old culture for self-protection.
In a recovered video, the terrorists have identified which houses in Marawi that have armories, prior to the preempted battle. Also, there are about 300 civilians which are being used as human shields  by the terrorists.
The entire Marawi perimeter has been sealed. The remaining 120 terrorists are moving from one house to another through basement tunnels and wall-to-wall access holes.

These are what’s prolonging the government operations against the terrorists, whose plan to establish an ISIS caliphate in Marawi City was preempted by the serving of the arrest warrant against Abu Sayyaf leader, Isnilon Hapsilon, the would-be emir of the caliphate as appointed by Abu Bakr al-Baghdadi, himself now presumed dead after Russian airstrikes in Raqqa, days ago.
The enemies are nearing the end of their pointless struggle.

“The early action of the military and the government has actually pre-empted their plans to capture the city,” Abella said in an RT interview, referring to the Maute group.

How the Government Repelled the First ISIS Attempt at Gaining Foothold in the Philippines?

Face-to-face urban warfare, which includes burning of buildings by the terrorists to flush out the scout rangers and marines inside, and hundreds of IED traps, proved to be the worst experience for the Philippine military.

Still, the combined efforts of the civilians and the government led to many positive results, the most significant of which are: 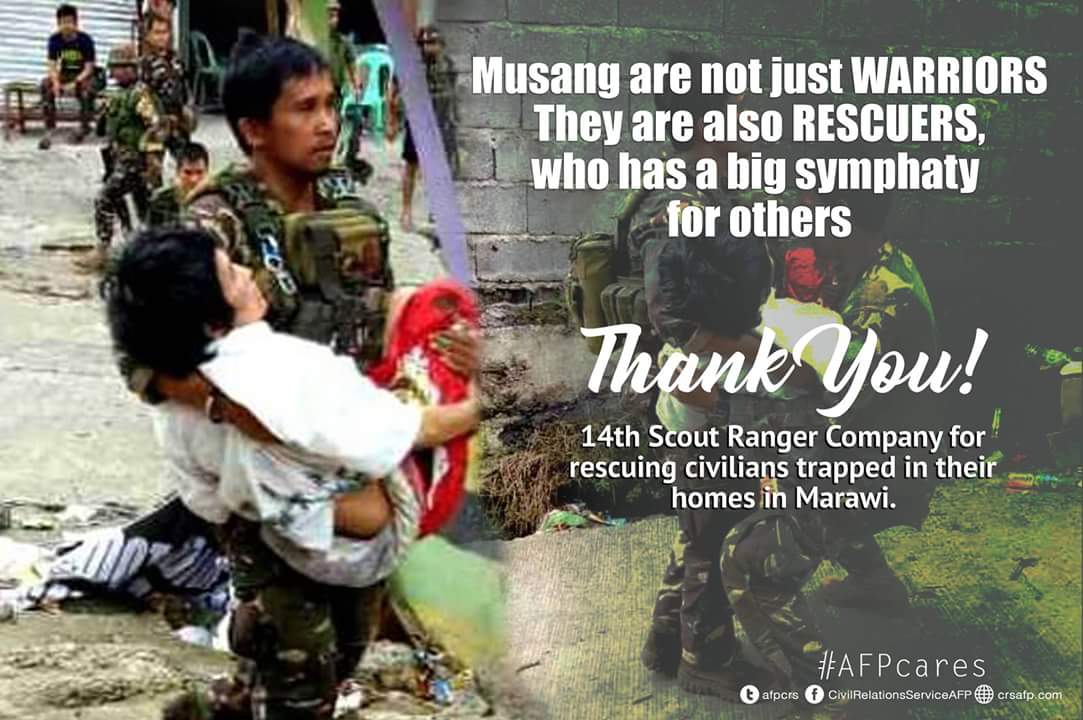 Most notable are the selfless efforts of the Muslim community to go back and forth, and rescue the trapped Christian workers in the besieged city.


There were also five Muslim cops who stuck it out with five Christian construction workers, and engaged the enemy with a firefight until the terrorists left them when the area was bombed by government warplanes.

There was also a display of valor when one scout ranger urged the government forces to bomb his own position once surrounded by the Maute terrorists.
“Just bomb my location, Sir!” was Pfc Dhan Ryan A Bayot’s last words to his commander.
He was found later on with a slit throat.

The lead scout who led the ranger platoon which successfully recovered the Maute PHP 79 million loot also perished in the succeeding firefights.
As of last count, 3 policemen, and 56 military personnel were killed in action. And most of the city center has been leveled out.
The civilian government is already planning for the massive reconstruction of the city.

All of the above are mere token of the real cost for Duterte’s defiance against the Deep State.

There will be more Deep State offensives coming, as the government continues to uphold its independent foreign policy, relentless anti-illegal drug campaign and war on narcopolitics, which in this case, is directly related to terrorism.
Just 6 hours ago, the Alpha Company led by 1Lt. Emerson Tapang of the Army’s 49th Infantry Battalion recovered the 11 packs of high-grade shabu [meth] and four high powered firearms after figuring out in a firefight.

Yesterday, the pro-West bogus vice-president Leni Robredo was busy soliciting support for a regime change in the US, while Marawi burns.

Yes, the local 5th columnists are hard at work with their US counterparts to regain control of the Philippines.

But as with all adversities, one should never cease trying and find the silver lining, in this case, the unity between people of different religious persuasions. This one did come as a complete surprise as the Muslims were vilified by the Oligarchy media for decades.
This is where the Maute Group got it all wrong, too, i.e. when they tried to gain the participation of the Muslim majority in Marawi to their own delusion for grandeur in the early hours of the rebellion, but no one answered the call.
There’s only one man which made this unity possible, i.e. their own President Rodrigo R. Duterte, the mayor from Mindanao. The president enjoyed the highest mandate in Muslim Mindanao, and in the Greater Manila Area.
He promised to devolve the sociopolitical power of the pro-West Oligarchy through federalism.

He is still the most popular president of the country today. 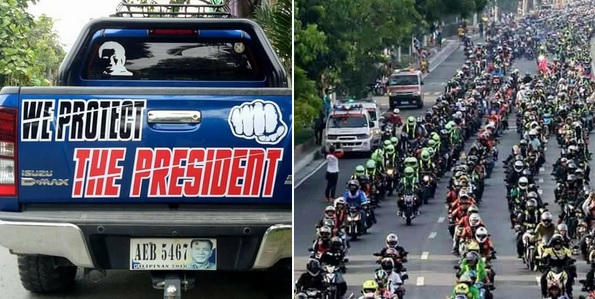 5 thoughts on “Marawi Ops Winding Down, No US Boots on the Ground | Duterte”