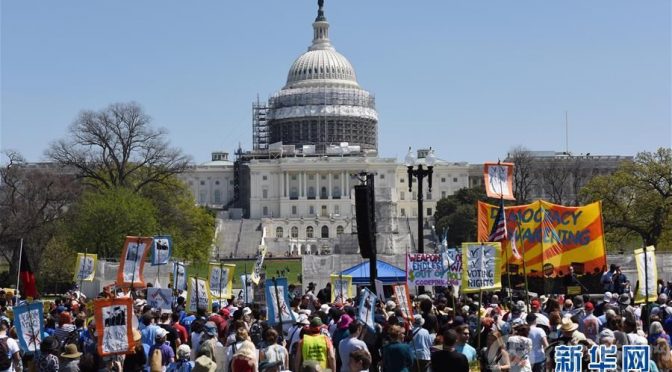 For what America has become, it’s now China’s turn to remind the nation of its lost values, or what it’s been preaching for the longest time. Its irresponsible actions and overall behavior have earned it, not respect and adulation, but scorn and condemnation, among nations . Is there a real hope for change in America?
Here’s Curtis Stone writing for People’s Daily, China.

Chaotic Washington is Not a Shining Example of Democracy

By Curtis Stone
Is the US still a model of democracy?
That question, previously a far-fetched idea for many, is being asked more and more. It is the realization that Western democracy—even American democracy—can fall into chaos and undermine the international community’s goal of peace and development.
Even though China has lifted hundreds of millions out of poverty, the US has long been critical of China for its unique political system. China’s official argument is that the US elevates itself as a model of democracy in order to spread its interpretation of democracy to other countries in an attempt to make the world in its own image. Scholars who support the American narrative of exceptionalism have also called on China to be more like the West in terms of politics, arguing that China’s system is doomed to fail. “The endgame of Chinese communist rule has now begun,” US scholar David Shambaugh argued in a March 2015 article.
But what works in one country will not necessarily work in another. “Whether the shoes fit or not, only the wearer knows,” President Xi Jinping said on his first trip abroad as China’s top leader in March 2013. What Xi meant is that only the citizens of a country know if their country is on the right development path and the West has no right to force-feed its interpretation of democracy on other countries as a way to solve the world’s problems.
In reality, the so-called strength of Western democracy is a grand illusion. Research shows that Western democracy is always just one step away from tragedy. According to Yale University’s Timothy Snyder, the modern history of Western democracy is one of decline and fall and most democracies failed. There is also growing dissatisfaction with Western democracy itself, not just in America but around the world, according to published research by political scientists Roberto Foa and Yascha Mounk. All this shows that Western democracy is not as secure as people may think and political chaos is the most likely outcome.
The chaos that ensued in the US presidential election of 2016 highlights the perils of Western democracy. In a People’s Daily commentary, Yuan Peng, vice president of the China Institute of Contemporary International Relations, wrote that the election would be deemed the darkest and most chaotic in recent history. “It certainly will not be viewed as a victory of democracy,” Peng wrote. He then added: “The campaign has undeniably revealed the dark side of so-called democracy in the US.”
That chaos and uncertainty later became the norm in Washington. But whereas the presidential election revealed the dark side of Western democracy, growing political divisions under US President Donald Trump is perhaps evidence of something much more frightening: chaos in Washington is undermining US power and prestige in the eyes of people around the world.
Rising political chaos in the US has made people openly question the strength of Western democracy and the future role of the US. From the GOP’s controversial plan to repeal and replace Obamacare which, if passed, would take away the right to health for 23 million Americans, mostly the poor and disabled; to mounting domestic scandals that could sap Washington’s ability to respond to challenges and opportunities alike; to the battle over Trump’s controversial Muslim travel ban; to the kidnapping of the global climate agenda, the selfish and irresponsible actions coming out of Washington make a solid case for why nations of the world should step up efforts to advance the democratization of international relations.
As Xi said in his speech, the fate of the world depends on all peoples and every single country has a responsible role to play. The importance of advancing democracy in international affairs is perhaps nowhere more evident than with global climate change, an issue that the former US president described as the kind of challenge that is big enough to remind us that we are all in this together, but which Trump threw under the bus. If there is a lesson to be learned from the chaos in Washington, it is that while Western democracy has its strengths, it also has its flaws, and a more balanced and equitable international order is much needed. 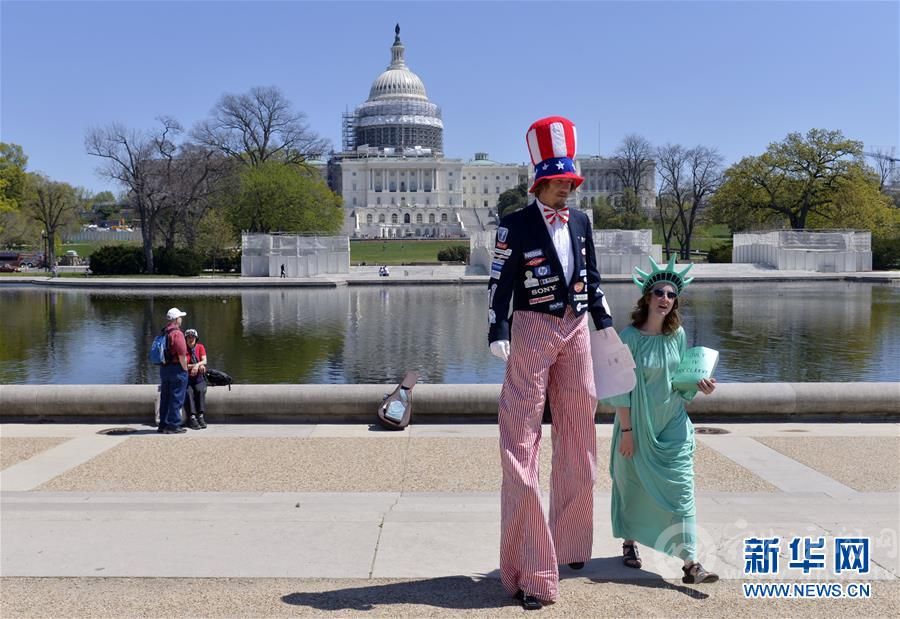