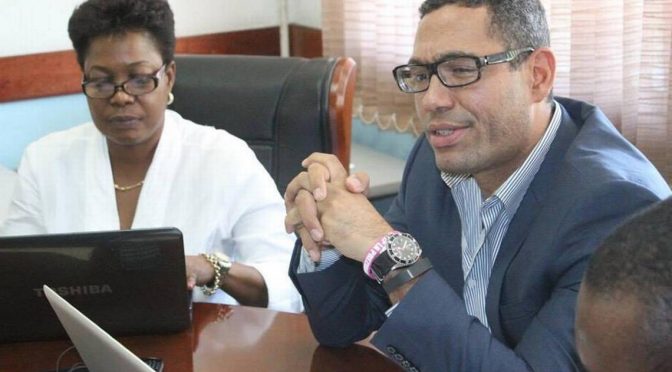 A key witness to the Clinton high crime against the Haitian population was suicided, mere days before taking the witness stand. His death is just another line to the long list of Clinton murders involving adversaries and close associates.
According to the Miami Herald, 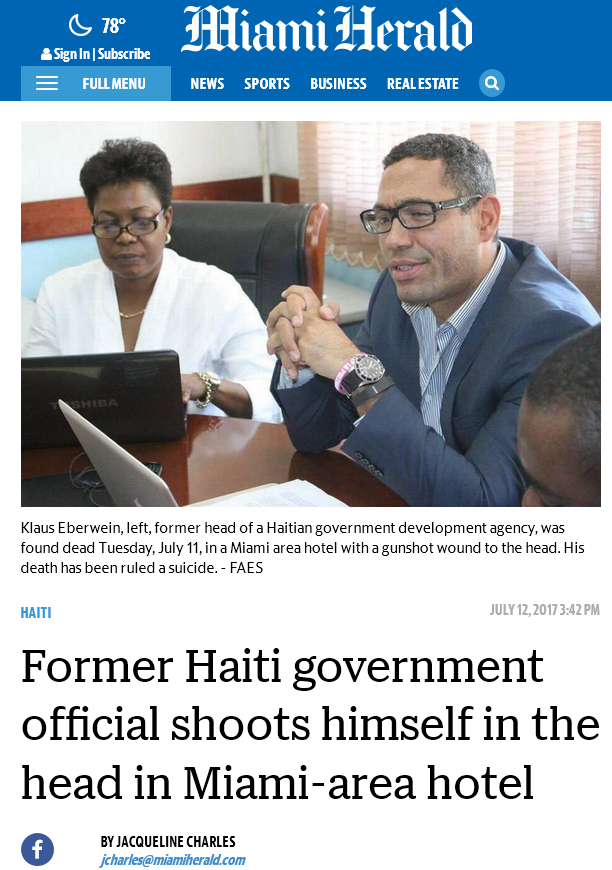 Klaus Eberwein, a former Haitian government official, was found dead Tuesday in a South Dade motel room in what the Miami-Dade medical examiner’s office is ruling a suicide.
“He shot himself in the head,” said Veronica Lamar, Miami-Dade medical examiner records supervisor. She listed his time of death at 12:19 p.m.
… During and after his government tenure, Eberwein faced allegations of fraud and corruption on how the agency he headed administered funds. Among the issues was FAES’ oversight of shoddy construction of several schools built after Haiti’s devastating Jan. 12, 2010, earthquake.
Eberwein was scheduled to appear Tuesday before the Haitian Senate’s Ethics and Anti-Corruption Commission, the head of the commission, Sen. Evalière Beauplan confirmed. The commission is investigating the management of PetroCaribe funds, the money Haiti receives from Venezuela’s discounted oil program.

Eberwein was, by all indication, fully committed to bring the Clinton Foundation to justice.
According to Eberwein, a paltry 0.6 percent of donations granted by international donors to the Clinton Foundation with the express purpose of directly assisting Haitians actually ended up in the hands of Haitian organizations. A further 9.6 percent ended up with the Haitian government. The remaining 89.8 percent – or $5.4 billion – was funneled to non-Haitian organizations.

Partners in high crimes, Bill and Hillary, have been scheming the White House for personal profit.