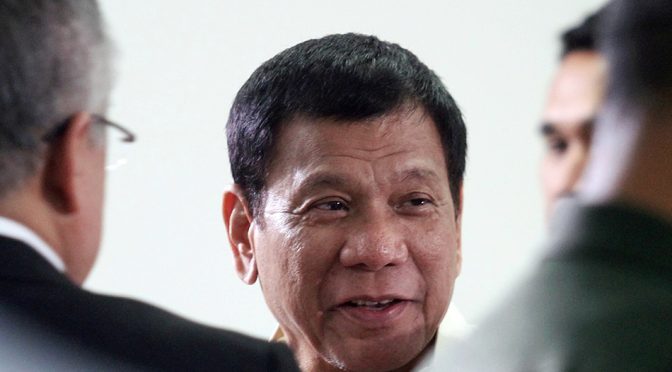 Realist Philippine President Rodrigo Duterte, who continues to exercise zero tolerance on international criticism, fires the first volley against the high flying Oxford academicians after they released their desktop research titled “Troops, Trolls and Troublemakers: A Global Inventory of Organised Social Media Manipulation”, which looked at the strategies used by political parties and candidates in 28 different countries to spread their party messaging, and inflate social media engagement numbers.
It claims that Duterte’s camp paid $200,000 (£150,000) in 2016, the year he was elected, for a social media campaign that used citizens and groups to promote and defend him online. 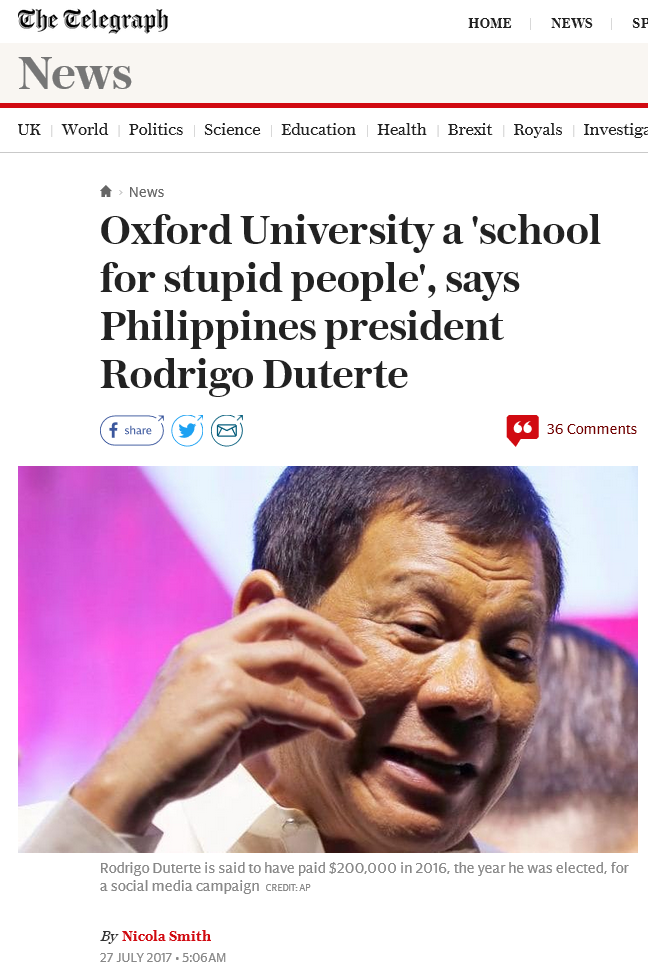 To compare, PM Theresa May spent $1 million for FB campaign against Jeremy Corbyn, during the last UK election. 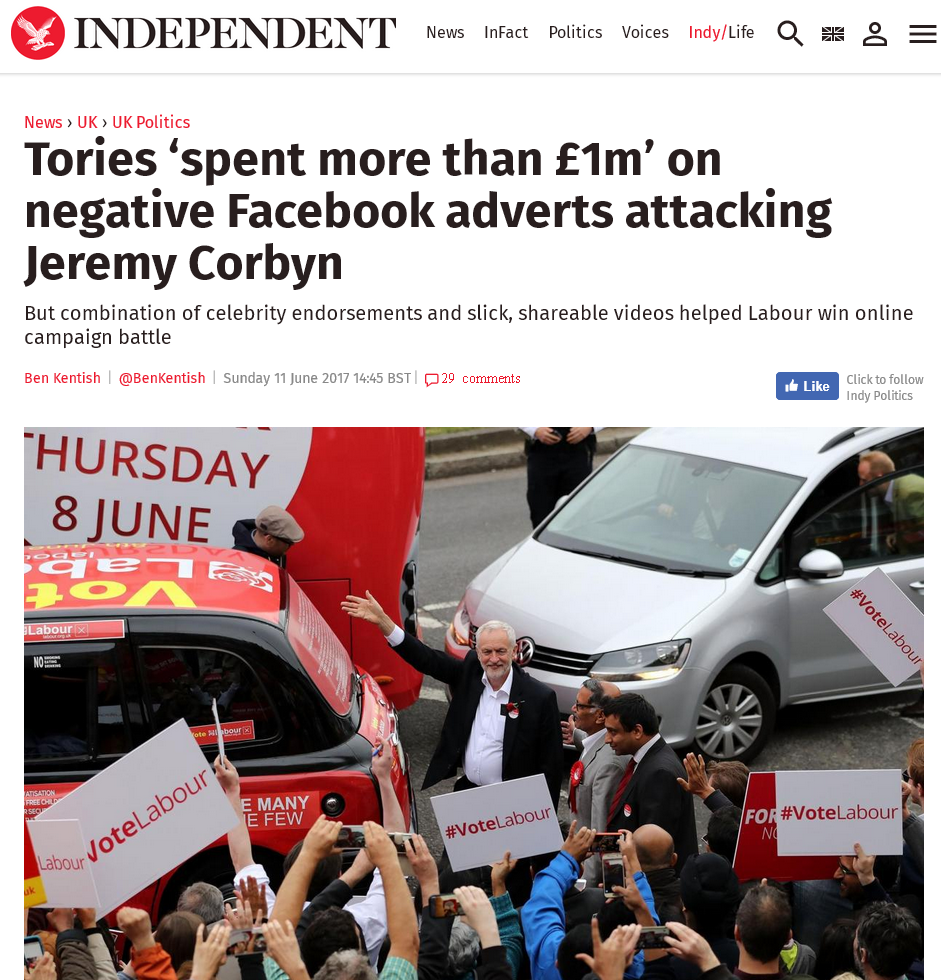 What the Western propaganda conveniently ignored is the fact that it was the Overseas Filipino Workers, who were the backbone of the Duterte Campaign in 2016.


Years ago, we posted on many local fora that the community of overseas workers remits between $25 billion to $35 billion annually to the local economy, or about 50% to 70% of the annual national budget, and such amount can be used to “buy their own president,” just like the local oligarchy has been doing since the corporate republic began, with its lesser contribution to the economic well-being of the Filipino nation. That’s exactly what happened during last year’s election.
It was the OFWs, a 2.2-million strong slave workers in foreign lands, who did the bulk of online campaigning, and were using their own influence inside their own families to vote for the only person who speaks their language, shares their lifetime dream of having a government that truly looks after the people, and a free country to be proud of.
Wherever Duterte goes, the OFWs make sure that they could show how grateful they are about his work and the efforts of his entire government.

The assertion of anti-populists establishment that it was the trolls who propelled Duterte to power will not stand with a simple look at the basic character of the online community as a whole.
The online community is a self-regulating body, where only those who have the reputation, dignity and trust of their peers will survive. Those whose lives are nurtured, and protected by secret doctrines, cannot prosper in the light of constant, pervasive public scrutiny, and the free flow of information. They are the real trolls that won’t last a minute once the truth about them is made known.
Duterte is shattering political correctness, abhors subservience to self-appointed authority, and continues to establish long-term relationships based on an independent foreign policy, all in his life-long pursuit for the  common good.

He is the sum total of Gat Jose Rizal, Andres Bonifacio, and Gen Antonio Luna. His 82% performance, trust and popularity rating is yet to be matched by any Western politician.
Still, that fact does not give them the political correctness to suspend their criticisms about the man, who has done nothing against the citizens of the West.
What gives the Western establishment the right to criticize other peoples’ governments, when it cannot even attend adequately to its own incapacity, corruption and immorality?
All throughout history, it is not the East which constantly seeks to dominate the West, for it is contented with its own. It’s time for them to behave as they preach others to be.