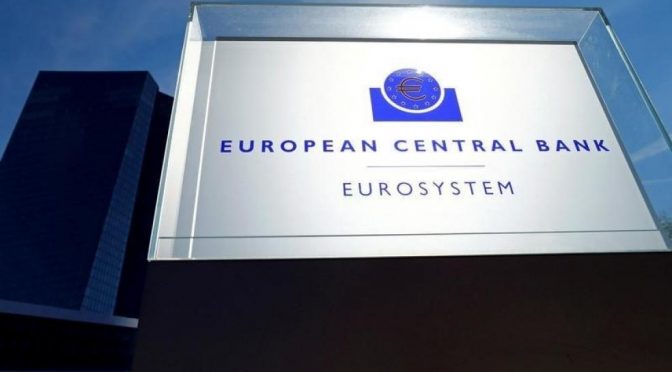 They’re not hiding it anymore. The European Union unelected crew will continue to protect the “too big to fail” banks that put them in power, even at the cost of the people suffering from what’s expected to happen at year end.

Francesco Guarascio, July 28, 2017 / 10:08 PM / 5 days ago
BRUSSELS (Reuters) – European Union states are considering measures which would allow them to temporarily stop people withdrawing money from their accounts to prevent bank runs, an EU document reviewed by Reuters revealed.
The move is aimed at helping rescue lenders that are deemed failing or likely to fail, but critics say it could hit confidence and might even hasten withdrawals at the first rumors of a bank being in trouble.
The proposal, which has been in the works since the beginning of this year, comes less than two months after a run on deposits at Banco Popular contributed to the collapse of the Spanish lender.
It also come amid a bitter wrangle among European countries over how to deal with troubled banks, roughly a decade after a financial crash that required the European Central Bank to print billions of euros to prevent a prolonged economic slump.
Giving supervisors the power to temporarily block bank accounts at ailing lenders is “a feasible option,” a paper prepared by the Estonian presidency of the EU said, acknowledging that member states were divided on the issue.
EU countries which already allow a moratorium on bank payouts in insolvency procedures at national level, like Germany, support the measure, officials said.
“The desire is to prevent a bank run, so that when a bank is in a critical situation it is not pushed over the edge,” a person familiar with German government’s thinking said.
To cover for savers’ immediate financial needs, the Estonian paper, dated July 10, recommended the introduction of a mechanism that could allow depositors to withdraw “at least a limited amount of funds.”
Banks, though, say it would discourage saving.
“We strongly believe that this would incentivize depositors to run from a bank at an early stage,” Charlie Bannister of the Association for Financial Markets in Europe (AFME), a banking lobby group, said.
The Estonian proposal was discussed by EU envoys on July 13 but no decision was made, an EU official said. Discussions were due to continue in September. Approval of EU lawmakers would be required for any final decision.

To date, the estimated exposure to bad debts is $1 trillion for the EU-based banks, and $2 trillion US-based banks, in the European Union. That’s what’s on paper, but in real terms, it could be much higher.
What is ironic is that most of the people in the West are against the idea of a resource-based economy, which seeks to do away with the monetary system as it is today. That hesitance is compounded by the fact that the corporate technocrats also want to move into a cashless system, not to free the slave workers from the current system though, but to make the entire structure more efficient.
This brings us back to the question, why in spite of the early announcement of account freezes, still nobody is raising the alarm about another round of the bankers’ bailout, because that’s where this is all going.
The European banking system has not done anything, because it could not do anything, after the financial crash of 2008. It’s a dead system right from the very start, because the Rothschild enterprise started with nothing.
The only choice left for them is the so-called Samson Option, which sought to drag everybody down. However, the people have every choice it could make, including the elimination of the root of all the problems emanating from the West.
That’s what the East is waiting.