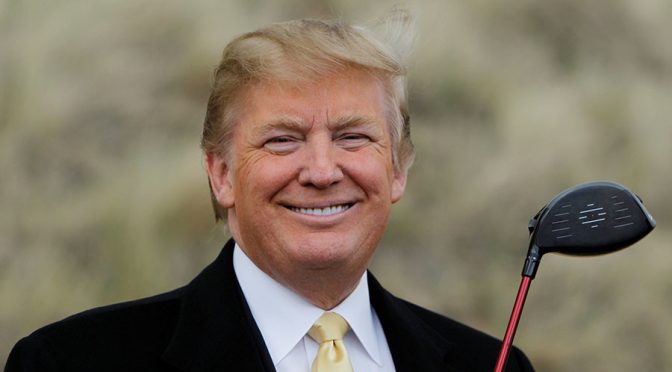 If Donald Trump is removed from office, which many of his opponents are now talking about openly, America will see chaos like never before in the lifetime of any American in 2017. One doesn’t need to be on the Trump train to be on the peace train.
By Adam Garrie
In true Orwellian newspeak fashion wherein, “war is peace, freedom is slavery, ignorance is strength”, the western mainstream media often accuses Donald Trump of precisely the opposite of that which he is doing. It comes from an arrogant attitude that those who have studied the last 60+ years of American rhetoric in geo-politics will be highly familiar with.
When terrorists become freedom fighters (the Mujaheddin in Afghanistan), patriots of a nation many in the US couldn’t find on the map become threats to America (Vietcong), when the occupiers become the victims (Israel), when torture because enhanced interrogation (George W. Bush’s war on Iraq) and when genocidal fascists become liberal Europeanists (the Ukrainian coup), it is easy to see how no nation has mastered what Orwell called “newspeak” in the novel 1984, just as thoroughly as has the United States.
But in recent years, what only those following geo-political affairs were subjugated to, became a mainstay of the domestic American political lexicon. Donald Trump is merely the most prominent victim of the all-American ultra-liberal newspeak.
Donald Trump has been accused of fomenting violence, inciting racial hatred, inciting hatred against women, of dumbing down political rhetoric, of being a traitor, of threatening the peace.
All of this is in actual fact true of many if not most of his political opponents and their mouthpieces in the increasingly vicious mainstream media. One doesn’t need to like Donald Trump’s policies to realise this objective truth.
If one has the objective of keeping the peace domestically, preventing revolution and holding off discontent, the best thing to do is give an agitated majority of would-be revolutionaries (or counter-revolutionaries as the case may be) a leader to call their own.
If one’s views that are felt to be oppressed, suppressed or ignored are given power in the form of a national leader who articulates and seems to genuinely hold such views, the people will be satisfied.
Donald Trump articulated this phenomenon of pure logic when at a post-election rally, he remarked about how much calmer the audience was vis-a-vis during the election. A boxer is always at his most outwardly violent at the weigh-in. He is always at his most subdued during a victory lap.

7 thoughts on “Donald Trump is Keeping the Lid on Internal American Violence, Civil War | The Duran”