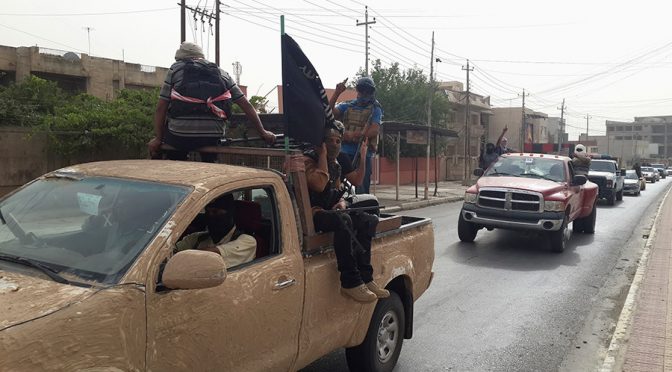 “The US tends to view the Earth surface as a vast territory to conquer, occupy and exploit. The fact that the US Military splits the World up into geographic command units vividly illustrates this underlying geopolitical reality.”
Professor Jules Dufour relentlessly wrote this article, his last article on his hospital bed. In his last hours his main concern was to dismantle the media propaganda which supports US-led wars. He passed away a few days later on August 6.
Jules Dufour will live forever. I spoke to him shortly before his passing. While on his death bed from a terminal illness, both his mind and his heart had become embedded in the future of humanity. We spoke about Hiroshima and the threats of nuclear war.
Jules Dufour lives. His incisive thoughts and analysis live. In the words of Albert Einstein which vividly describe Jules Dufour, “Only a life lived for others is worth living.”
During his entire life, his research and teachings were geared towards revealing the unspoken truth concerning the American empire, how it kills and destroys people’s lives, impoverishes entire populations.
“The Worldwide control of humanity’s economic, social and political activities is under the helm of US corporate and military power. Underlying this process are various schemes of direct and indirect military intervention. These US sponsored strategies ultimately consist in a process of global subordination.
Among his Global Research articles is his analysis of US military bases on foreign soil first published in 2007.

According to Jules Dufour:

The US tends to view the Earth surface as a vast territory to conquer, occupy and exploit. The fact that the US Military splits the World up into geographic command units vividly illustrates this underlying geopolitical reality.
Humanity is being controlled  and enslaved by this Network of US military bases.

Distinguished professor of Geography at the University of Quebec,  Jules Dufour was a Research Associate of the Centre for Research on Globalization.  He was a true internationalist combining an understanding of poverty in Latin America and Africa with a focus on social, economic and environmental  issues in Canada and Quebec, including extensive research on the rights of first nations, fieldwork in Canada’s Northern territories, and the Arctic.

It is important to tell the truth. Terrorism in its various manifestations is generated and fomented by the aggressions of the West throughout the world.
Aggressions against whole nations. Aggressions of the past, but above all domination, plunder and the slow and inexorable destruction of national economies and the social fabric of a increasingly large number of countries.
A total of 55 wars implemented directly or by proxy by the West including US-NATO since the beginning of the 20th century.
The fallacious discourse propagated in the international political arena continues to legitimize Western warfare operations, by hiding the factors behind them. This assertion is corroborated by all those who have understood the underlying stratagems of propaganda of power politics. Two of them, Noam Chomsky and André Vltchek, proposed an analysis of this global situation in a book published by Éditions écosociété, entitled “The Wes’ Terrorism [L’Occident Terroriste]. From Hiroshima to the Drones’ War”. They give a picture of past centuries:
“There are certainly two ways of talking about terrorism, because terrorism is not considered as such when it is practiced (and in a much more deadly form) by those who, Their power, are adorned with virtue. ”
“Since the end of the Second World War, Western colonialism and neo-colonialism have caused the death of 50 to 55 million people, most often in the name of lofty ideals such as freedom and democracy. Yet the West manages to escape with impunity and to maintain, in the eyes of the rest of the world, the myth that it is invested with some moral mission.”
How does it work? Both authors criticize the fatal legacy of colonialism and the shameless exploitation of natural resources of the planet in the West. This book of interviews is augmented by two articles published in the wake of the attack on the satirical weekly Charlie Hebdo in Paris in January 2015, denouncing Western hypocrisy for terrorism ‘It has largely contributed to developing’.
The theses propagated in the West are those of the conquerors. All those who oppose the policies of intervention in the world by the Western powers are labeled terrorists or enemies of democracy. In this context, there is no mention of the process of militarization of economies and societies.
The capitalist state takes over the world’s political and social scene and acts in a dictatorial way in collaboration with the mainstream media which echo this situation by normalizing it in the eyes of the public.
Lies and false truths are then propagated ad nauseam, all supported by experts selected to corroborate them. It is the spread of the single thought so much decried in recent decades. It is the general wandering which develops the syndrome of the enemy and attacks on the individuals with the so-called terrorist profile according to the definition proposed by the Western experts.

I. Terrorism defined by the West


Terrorism defined in the West (by the Western establishment) corresponds to all forms of activity that threaten the interests of those who control the heart of the capitalist world. The popular demonstrations in the streets of major metropolitan areas demanding the protection of their rights and social justice, associations fighting for the protection of these rights and, strictly speaking, progressive states are considered as a threat.
The attacks in Paris in November 2015 and those in Brussels in March 2016 made it possible to reaffirm the fallacious discourse of the Westerners. This tracking of the jihadists, this concentration of the news directed towards so-called radicalized and dangerous individuals has not yet allowed a reflection on the true supporters of international terrorism. Yet the war on terror should be elucidated in the eyes of the general public. On the contrary, it is being sought to speak of it as a search for individuals around the world who “threaten” the global security of the planet.

II. Terrorism practiced by the West

It is important to tell the truth. The attacks in Paris and in Brussels lead nation states to adopt measures to control the people and thus militarize the civil society and it institutions. This regime, Latin America has known it for decades with the prolonged reign of several dictatorships and, in particular, in Brazil, Uruguay, Argentina and Chile. A permanent state of siege and the loss of all civil rights and fundamental freedoms. This is what is now taking shape in Europe’s Shengen space. Deployment of police and armed forces, increased control of people’s movements, multiple searches, monitoring of strategic sites such as nuclear power stations and military bases. It will increasingly be the expression of state terrorism exercised over all citizens. A worrying prospect at the highest point.

III. Radicalization. A concept that applies well to the contingents of national armies

Another misleading conception diffused from all sectors of human activity: The phenomenon of radicalization. Individuals would be trained to develop radical thinking and to act violently to the detriment of innocent citizens. According to this view, this behavior appears to be the result of indoctrination and deep deviance. In this speech, it is forgotten that soldiers of the national armed forces around the world are trained to perform warlike actions, to kill human beings and, above all, to obey the orders dictated by the commandments. Can their actions be characterized as radical? These soldiers accept two elements: “Kill or be killed”. How can we conceal this reality and repeat that these soldiers are there to defend their country? They are trained to destroy an “enemy” that is taken care of in collective thought. 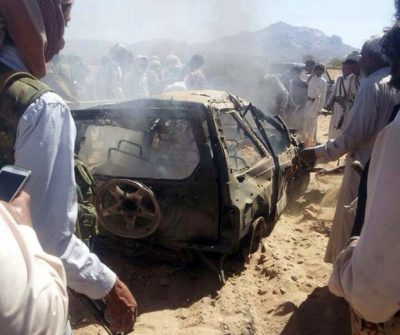 The West’s victims are acknowledged. The victims in poor countries are “statistics”. Examples: Brussels and Aden
This is exactly what we saw with the attacks in Brussels and those that took place a few days later, on March 25, in Yemen. The Brussels attacks, which killed 34 people and more than 200 wounded, resulted in a considerable deployment of police and armed forces and caused a global shock and concern. Yemeni suicide car bombs against three dams held by loyalist forces in the large port city of southern Yemen killed at least 22 people (Journal Le Devoir, 26 and 27 March 2016, P. 5). A dispatch appears at the bottom of an inner page. No tribute is paid to the victims. These events, which took place in Yemen as well as those that mark the invasion wars of the West in Syria, Iraq and Afghanistan.

The Paris and Brussels attacks revealed, once again, the blindness of the West over the terrorist actions which they continue to perpetrate in vast regions of the world.
The Global War on Terror delivered by the United States since 2001 Caused the Death of 1.3 Million People according to a Report entitled “Body Count: Casualty Figures After 10 Years of the War on Terror” Organizations International Association of Physicians for the Prevention of Nuclear War (IPPNW, 1985 Nobel Peace Prize), Physicians for Social Responsibility and Physicians for Global Survival.
This report asserts, based on various sources, including governmental, that the death toll of 1.3 million deaths is “a low estimate” and does not take into account other countries in conflict (Yemen, Somalia, Libya, Syria ). 500 deaths a day in Iraq.
Here we take up the conclusion of Michel Collon analyzing the attacks in Brussels:

“The attacks are not inevitable, they are the result of a policy. Conducted in Washington. Then to London and Paris. Brussels following slavishly. Gentlemen, you are therefore jointly responsible. Do we have the right to debate it – in “democracy” – or will you still be pressing for the media to be silent? “.

Translated from the French original
Jules Dufour, Ph.D., C.Q. is Professor Emeritus, Research Associate of the Centre for Research on Globalization (CRG),  Knight (Chevalier) National Order of Quebec, Member of the World Commission on Protected Areas the International Union for Conservation of Nature (IUCN), Gland, Switzerland, Member of the Universal Circle of Ambassadors for Peace, Paris.

4 thoughts on “The West and International Terrorism”