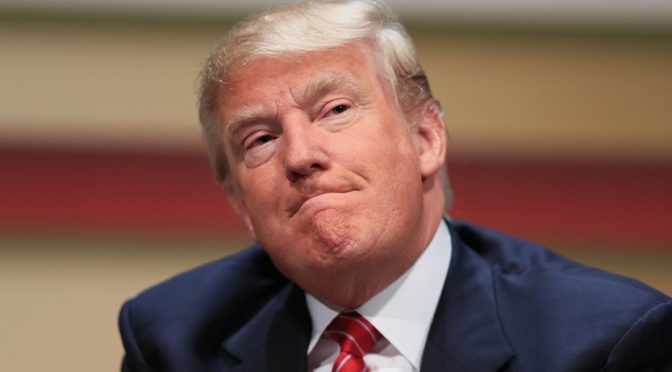 After Trump counter-insulted Merck CEO and Chairman Kenneth C. Frazier for leaving Trump’s American Manufacturing Council, arguing U.S. leaders must “clearly reject expressions of hatred, bigotry and group supremacy,” he clarified his earlier statement and has now categorically condemned “in the strongest possible terms this egregious display of hatred, bigotry and violence,” perpetrated by thugs, KKK, neo-Nazis and white supremacists that have “no place in America.”

“Racism is evil, and those who cause violence in its name are criminals and thugs, including the KKK, neo-Nazis, white supremacists and other hate groups that are repugnant to everything we hold dear as Americans,” the US president added.

America is based on the idea that all people are created equal, under law and under the Constitution, Trump said, and “those who spread violence in the name of bigotry strike at the very core of America.”

“In times like these, America has always shown its true character, responding to hate with love, division with unity, and violence with an unwavering resolve for justice,” Trump said.

The president expressed condolences to the family of Heather Heyer, the 32-year-old paralegal who died when a car ran into the crowd of protesters in Charlottesville, as well as two Virginia state troopers whose helicopter crashed while they were monitoring the events in the city.

He will have more time to lower ripoff drug prices! – Trump to Merck CEO

An African-American Big Pharma CEO has resigned from Trump’s presidential council in a direct response to the president’s remarks about “many sides” being to blame for violence over the weekend in Charlottesville. 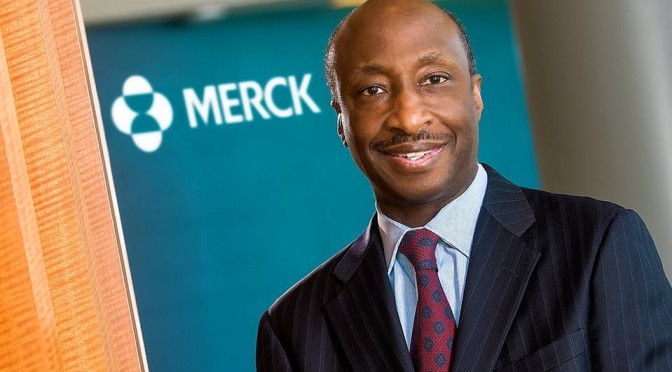 Merck CEO and Chairman Kenneth C. Frazier said he was leaving Trump’s American Manufacturing Council, arguing U.S. leaders must “clearly reject expressions of hatred, bigotry and group supremacy.”
“Our country’s strength stems from its diversity and the contributions made by men and women of different faiths, races, sexual orientations and political beliefs,” Frazier said in a statement.
“America’s leaders must honor our fundamental values by clearly rejecting expressions of hatred, bigotry and group supremacy, which run counter to the American ideal that all people are created equal,” he continued.
“As CEO of Merck, and as a matter of personal conscience, I feel a responsibility to take a stand against intolerance and extremism.”

Now that Ken Frazier of Merck Pharma has resigned from President's Manufacturing Council,he will have more time to LOWER RIPOFF DRUG PRICES!

Bullseye!
It’s no wonder that the Deep State operatives are now openly threatening The Donald with “the U.S. government is going to kill this guy.”
The Deep State, of course, thinks that it owns the government.

Former Mueller deputy on Trump: ‘Government is going to kill this guy’

CNN counterterrorism analyst Phil Mudd warned that President Trump is agitating the government, saying during a Thursday afternoon interview with CNN anchor Jake Tapper that the U.S. government “is going to kill this guy.”
Mudd, who served as deputy director to former FBI Director Robert Mueller, said Trump’s defense of Russian President Vladimir Putin has compelled federal employees “at Langley, Foggy Bottom, CIA and State” to try to take Trump down.
“Let me give you one bottom line as a former government official. Government is going to kill this guy,” Mudd, a staunch critic of Trump, said on “The Lead.”
“He defends Vladimir Putin. There are State Department and CIA officers coming home, and at Langley and Foggy Bottom, CIA and State, they’re saying, ‘This is how you defend us?’ ” he continued.

Mudd also broached Trump’s recent announcement of a ban on transgender soldiers in the military as another reason some in the government are turning on him.

Publicizing threats is of course among the maxims of the desperate, irrespective of cultural background.
It must be remembered that it was both houses of the US Congress which forced The Donald to sign the upgraded sanctions law against the Russians.
The sanctions have since backfired, and at least 755 US diplomats are being sent home. The Deep State lost again.