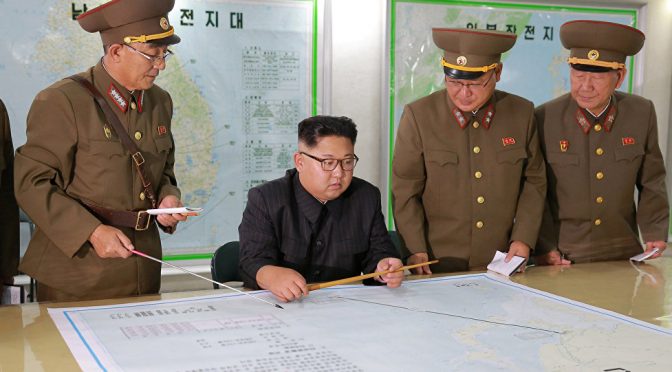 The people of North Korea have, a long time ago, decided that they cannot be subservient to any foreign power without a fight. Rhetorics of war are not enough to shut down this long standing idea that only an independent nuclear program could put the West at bay.
After weeks of exchanging vitriols, the North Korean-US crisis has temporarily ended.
It was the Russia-China recent imposition of economic embargo, and the assurance from South Korean President Moon that only the Koreans will decide their own fate which finally cooled down Kim’s ego and led to the diffusion of tensions in the Korean Peninsula.
It must be recalled that it was the US THAAD missile system installation in South Korea which provoked the North to play with its own ballistic missiles, in the first place.
Add to that, of course, is China’s assurance that it will not allow anybody to attack North Korea to avoid losing a militarily active buffer zone right on its border.
This year’s ASEAN chairman President Duter of the Philippines also offered North Korea as a “good dialogue partner” within the community, after fatherly calling Kim a “fool.”
As they said, all’s well that ends well. And it ends pretty well for those who have made prior preparations before the War of Vitriol between Trump and Kim, and have exploited the huge swing of stock market prices throughout the event.
Ain’t that the whole purpose of it all?… and more, i.e. useful distraction amidst anohter impending economic collapse?