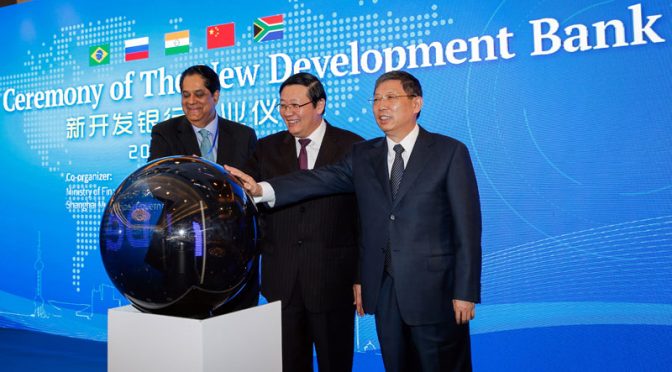 Development projects in Africa and Latin America will henceforth receive greater attention from the Brazil, Russia, India, China and South Africa, BRICS bloc financial institutions such as the New Development Bank, NDB and the Asian Infrastructure Investment Bank, AIIB.
Prof. Chen Fengying, former Director of the Institute of World Economy, under the China Institutes of Contemporary International Relations, CICIR, made the comment on August 21 in the Chinese capital, Beijing at a press organized by the All-China Journalists’ Association.
Prof. Chen is now a senior research fellow with CICIR. “There are many development banks in the world today, the largest being the World Bank. But the New Development Bank owned by BRICS is the only one with developing countries as its backbone,” Prof.Chen noted. She added that reinforcement of south-south, and south-north cooperation will be addressed at the BRICS leaders’ summit in the Chinese coastal city of Xiamen from September 3-5.
“The issue of BRICS development has since gone beyond its member States. The New Development Bank is up and running, moving from abstract to more concrete issues. As an open platform, BRICS Plus concerns Africa and Latin America; thus the influence of BRICS will become more comprehensive,” Chen Fengying stated. She added that in order to broaden the scope of their activities and be sustainable in the long run, NDB and AIIB will extend their services to Africa and Latin America to finance development projects. Meanwhile, Kenya and Thailand have been invited to next month’s BRICS summit.
Responding to a question on plans by BRICS to create a rating agency, Prof. Chen said the chances of its success were slim because current macro international finance is still dominated by the US dollar, while today’s rating system is monopolized by three American institutions. She recalled that China, Europe and Japan have in the past made similar attempts at creating rating agencies, without much success.
Asked if the current border misunderstanding between China and India will be raised at next month’s BRICS summit, Chen Fengying ruled out the possibility, saying leaders will not be distracted by “small issues.” Moreover, China has already stated that issues concerning its sovereignty cannot be compromised. In the same light, she said the policy of BRICS is not to intervene in the internal affairs of member states, adding that the challenges the leaders of South Africa and Brazil now face were transitional.
She attributed their causes to falling commodity prices, and political and economic instability, saying the solution lay in ensuring proper development. “The engagements the leaders of South Africa and Brazil will take at the summit will not be called into question because leaders come and go, but nations remain,” she clarified.
This year’s summit theme is, “BRICS: Stronger partnership for a brighter future.” Focus will be on trade, finance, economy, south-south, and south-north cooperation, and the Belt and Road Initiative. Meetings of BRICS foreign ministers, people-to-people and cultural exchanges will be institutionalized at the summit. It was also disclosed that BRICS members will defend any attempts to introduce trade protection like the recent US measure against China.
Kimeng Hilton Ndukong, a contributor to People’s Daily Online, is Sub-Editor for World News with Cameroon Tribune bilingual daily newspaper in Cameroon. He is currently a China-Africa Press Centre, CAPC fellow. 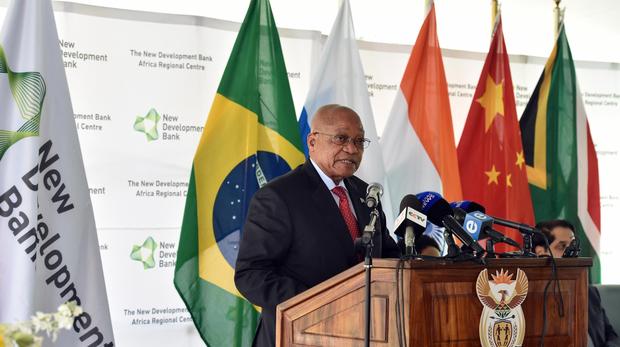 “For too long the developing countries of the Global South have found themselves beholden and indebted to international financial institutions such as the World Bank and International Monetary Fund (IMF) who place onerous lending conditions with far-reaching social and political ramifications.”
Molewa said these onerous lending conditions have historically hampered the ability of developing countries to pursue pro-development policies in the best interests of their citizens.
BRICS is made up of Brazil, Russia, India, China and South Africa.
The New Development Bank will enable African and other BRICS countries to access lending facilities to undertake, among other things, infrastructure investment in crucial sectors like energy, water and transportation.