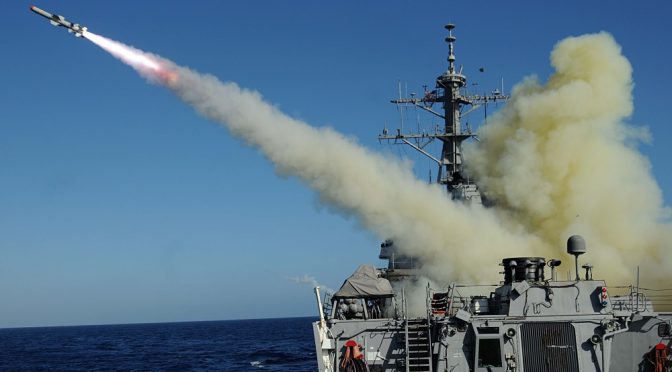 Indirectly confirming our information that the Russia-China-Iran triumvirate will resort to swarm technology should the battle for planetary control requires it, Vladimir Putin acknowledged a few days ago that…

“Whoever becomes the leader in this sphere will become the ruler of the world.”

What this means is that Russia is already prepared for the US first strike on its soil, because they are not fond of making prior statements about their true capabilities.
Seven days later, Wikileaks published Protego of the Vault 7 series, detailing…

The Protego project is a PIC-based missile control system that was developed by Raytheon. The documents indicate that the system is installed on-board a Pratt & Whitney aircraft (PWA) equipped with missile launch systems (air-to-air and/or air-to-ground).
Protego consists of separate micro-controller units that exchange data and signals over encrypted and authenticated channels:
» On-board TWA are the ‘Master Processor’ (MP) and the ‘Deployment Box’. Both systems are laid-out with master/slave redundancy.
» The missile system has micro-controllers for the missile itself (‘Missile Smart Switch’, MSS), the tube (‘Tube Smart Switch’, TSS) and the collar (which holds the missile before and at launch time).
The MP unit receives three signals from a beacon: ‘In Border’ (PWA is within the defined area of an operation), ‘Valid GPS’ (GPS signal available) and ‘No End of Operational Period’ (current time is within the defined timeframe for an operation). Missiles can only be launched if all signals received by MP are set to ‘true’. Similar safeguards are in place to auto-destruct encryption and authentication keys for various scenarios (like ‘leaving a target area of operation’ or ‘missing missile’).

This latest leak underscores the capability of the Deep State to directly shoot anybody, even Air Force One, out of the blue sky, anytime desirable and without prior authority from the civilian government.
This absolute unaccountability from the government, that the American people believe is still theirs, is what’s keeping the Eastern Alliance wary about the fate of America itself.
There simply is too much power concentrated on elite families who have nothing else to do than to play with other people’s lives. After plunging the economic through a bottomless pit, and creating the need for digital currencies, now they are moving in for the kill with geoengineering and artificial intelligence, which are not meant to protect America, but only for self-preservation alone.

The CIA currently has 137 pilot projects directly related to artificial intelligence, Meyerriecks, the CIA’s deputy director for science and technology, told the Intelligence and National Security Summit in downtown DC. These “experiments” include everything from automatically tagging objects in video (so analysts can pay attention to what’s important) to better predicting future events based on big data and correlational evidence.
“Can we back into correlations with cause and effect that will allow us to be more predictive with what’s about to go down, like the North Koreans are about to launch this or about to do this. We have that in pockets,” she said.

In the minds of psychopaths, madness is always justifiable. That’s why their drone fleet must continue its overseas operations beyond the concurrence of the UN Security Council.

When the enemy is navigating beyond the well laid out rules, no rule should be invoked on how it must be neutralized.