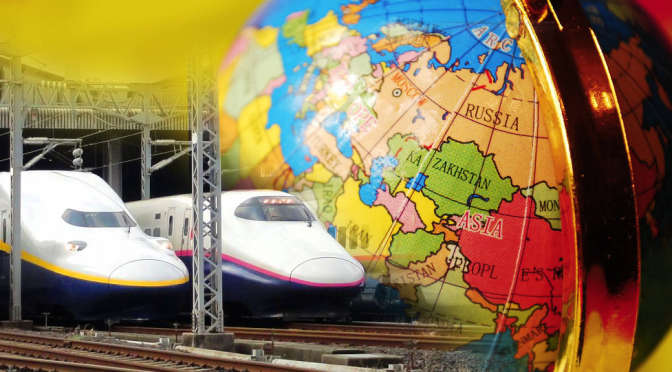 The ongoing development in the Eurasian land mass known as the One Belt One Road is patterned after Lyndon LaRouche and his wife’s concept of a Eurasian Land Bridge that will spur development for all countries being traversed by modern railway networks. This to them is the formula by which peace could be fostered through unity in commerce and peaceful exchanges of culture.
It’s very important that people understand the nature of the grand strategy which Lyndon LaRouche has been committed to, and what his wife Helga Zepp-LaRouche is committed to—a grand strategy for humanity, as against the oligarchical principle of the British Empire, where for us, economic development is the basis for peace. It’s the basis for cooperation among different nations throughout the world. It’s John Quincy Adams’ conception of a community of principle among a family of sovereign nation-states, where man can actually then carry out his mission, which is not only to develop the planet for man, but also to explore and colonize space.
Going back to the Critias and the Timaeus, which I mentioned at the beginning, the point is that man is confronted with floods, he’s confronted with fire—and in this case with hurricanes. The basic point is that there are acts of omission and acts of commission which result in a destruction of humanity. The acts of omission include not building the infrastructure that could actually mitigate hurricanes and so forth. There’s an act of omission, if you don’t work with Russia and China on a joint strategy to prevent asteroids striking the Earth.
Then there are also acts of commission, which include unjust wars—which is fire, thermonuclear fire. There are also acts of commission, including financial policies which are designed from the standpoint of enforcing zero economic growth and population reduction, which have been the policy of the British Empire.
I think, as Lyndon LaRouche has said, victory is within our reach, if we move right now, because we now have a different situation than in the 1890s and the beginning of the 1900s. That situation resulted in over a hundred years of war—two world wars, and then perpetual warfare, with short breaks, after World War II.
Today we have the potential to actually win, and the basic point is we have to break out now and seize the moment to put together an alliance, which LaRouche has called the Four Powers—the United States, Russia, China, India—to defeat the British empire. This would be a liberation of the people of the United Kingdom. It’s not aimed at the British people. In the United States, we have to move with what LaRouche has called the Four Laws: This is a policy of Glass-Steagall, national banking, in the sense of Roosevelt’s Reconstruction Finance Corporation and Hamilton’s National Bank, to issue credit for economic development. We cannot operate from the standpoint of the miserly conception that “we can’t spend the money to save people.” We’ve spent trillions to save bankrupt banks! We spend trillions to carry out unjust regime-change wars. What we need to do is to invest in people: Save the people, and cancel the British system.

Discussion: Victory Is Within Reach

Question: As far back as the late 1800s, in China, after China was beaten by Great Britain in the Second Opium War, I think Lincoln sent as his ambassador a man by the name of Burlingame, and then later Wharton Barker, to help with the development of the railway in China. I know that the great Dr. Sun Yat-sen, in 1907, wrote The International Development of China, which was the roadmap for developing China’s industrial and economic capability. So all the railways, all the waterways, everything that China is now today doing, come from blueprints from Dr. Sun, and essentially—it seems to me—from Lincoln.
Can you comment on the future of potential collaboration between China and the United States, and the collaboration around infrastructure development?
Wertz: What you developed is precisely the case. For instance, the entire plan of Hanotaux and of Witte, was to make sure that the trans-Siberian Railroad actually went through Manchuria. The basic idea was to free China from the British. There were two Opium Wars in the 1800s, prior to this period; there was also a brief war between the French and the Chinese in the Vietnam area. Sun Yat-sen is another reflection of exactly how Lincoln’s policy was spread, in terms of the ideas, through Europe, Russia, China, and other locations. 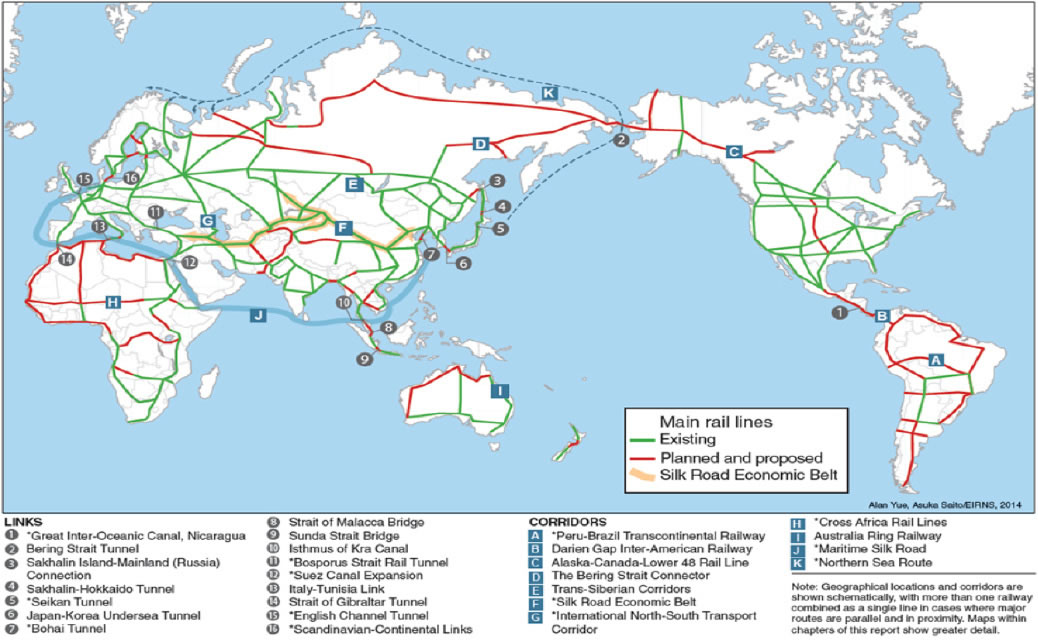 3 thoughts on “A Grand Strategy for Peace”