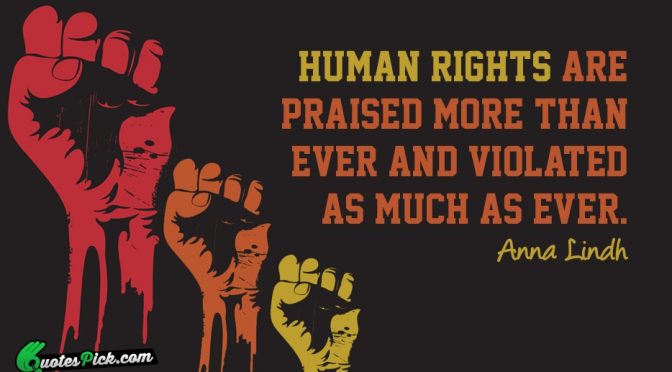 Just look around the world and throughout recent history, and you will find a number of compelling cases where western-backed NGOs have frequently acted as enablers for the military interventions, sanctions and economic blockades that followed.
Look at Iraq, Libya, Syria, Afghanistan, Yugoslavia, Iran and Sudan – all were given the ‘human rights’ treatment prior to aggressive western actions. In most cases, claims of human rights violations and exaggerated atrocity reports preceded western action.
In his 2016 position paper entitled, AN INTRODUCTION: Smart Power & The Human Rights Industrial Complex, 21WIRE’s Patrick Henningsen raised the alarm about the use of high-profile ‘human rights’ charities NGO’s like Human Rights Watch and Amnesty International who have allowed their organisations to used as pro-interventionist propaganda outlets:
“Though many human rights charities still market themselves as ‘neutral’ and ‘nonpartisan’, but reality is something very different.”
“With public skepticism of the charity sector already at an all-time high, the danger is clear: if conflicts of interest are not addressed in a serious way, they threaten to undermine the credibility of the entire non-governmental organization (NGO) sector internationally.”
Below is a video presentation from leading independent military affairs website Southfront which skillfully unravels the West’s sophisticated international ‘third sector’ web of NGO’s and charities, and how they are used to promote the foreign policy and military objectives of the US and its NATO allies worldwide.
Watch: