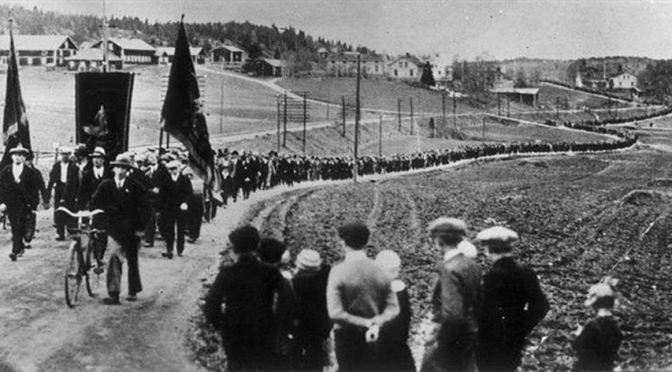 Our views about the world are molded by those who cast and press the dies together.  There are no independent ideas unless the slave mind completely severs itself from the chains which keep pulling those synapses apart.

Poem by Agnes Török on the news of a new Conservative budget. Based on experiences of living in Britain under austerity as a young, queer, unemployed, female immigrant student – and not taking it any more. More info on: www.agnestorok.org

Presuming that people are exploited and that it is in their interests to strike back, and we think they are and it is, what can we say about this?
Credits:
Music: Chris Zabriskie – Cylinder Five
Film footage: “Night Of The Living Dead” / Unknown
Further reading:
Marx and Engels “The German Ideology”
Steven Lukes “Power” / “In Defence of False Consciousness”

How Swedes and Norwegians Broke the Power of the ‘1 Percent’

A global revolution is only impossible for those who have benefited from the status quo.

10 thoughts on “Why Don’t People Revolt?”