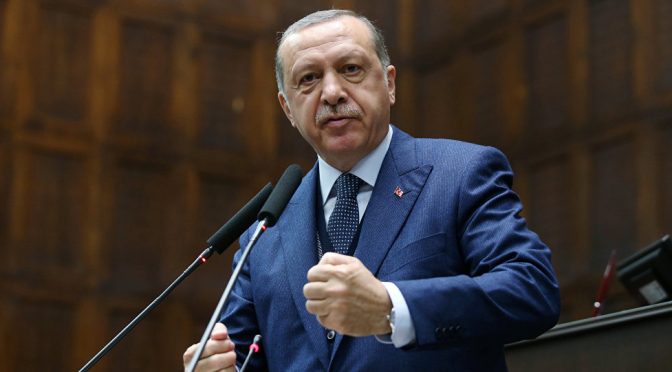 A Turkish expert spoke with Sputnik about a recent claim by Turkish President Recep Tayyip Erdogan, who accused the West of allegedly supporting terrorism.
On Sunday, Turkish President Erdogan said that the “West’s shadow” is behind terrorist groups, including Daesh and al-Qaeda.
Turkey wants to tackle the terrorist threat in the Middle East jointly with other members of the international community, and this is what the Turkish president tried to underline during his recent speech, political expert Mazhar Bagli said.
“But, unfortunately, in response to Turkey’s appeal, major international players have not formed a diplomatic union,” the analyst stated.
I believe that the main force that prevents such attempts is the United States, even though it constantly declares that it sees Turkey as its ally and supports it.
This is especially evident in the military support that the US is providing to the Kurdistan Workers’ Party (PKK), in order to maintain its positions in the region,” Bagli said, supposedly referring to US arms deliveries to the Syrian Kurds, including to YPG fighters, who Ankara believes are linked to the PKK, which is banned in Turkey.
Bagli noted that in his statement Erdogan urged the US and the West to give up “the support of terrorism.”
“Today, when PKK terrorists are gaining strength in Syria, we see that support of terrorism can have various forms, including military assistance provided to terrorists by major international players,” the expert said.
He also added that Turkey opposed such a situation because “it knows from its own experience that wherever terrorism comes, under whatever mask it hides, all structures that use violent, terrorist methods to achieve their goals are a threat to the future of the whole world.”