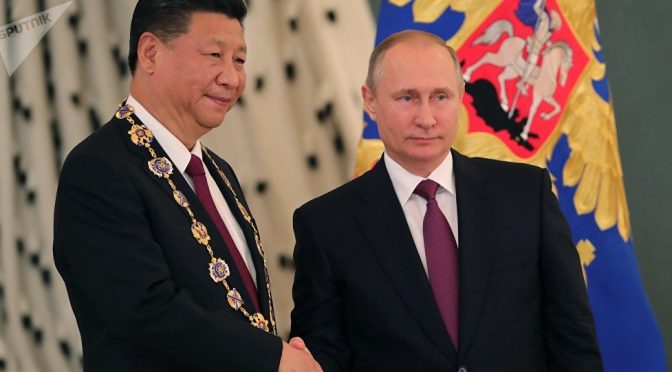 On November 8 Russia’s large mining group Norilsk Nickel announced it had begun operations at a new state-of-the-art Bystrinsky mining and processing plant outside of Chita in Russia’s Zabaykalsky Krai. Notable about the project is the participation of China, as well as the fact that four years ago the huge copper, gold and magnetite reserves of Bystrinsky were inaccessible to any market and completely undeveloped.

8 thoughts on “Russia China Build Up A New Economic Geography”