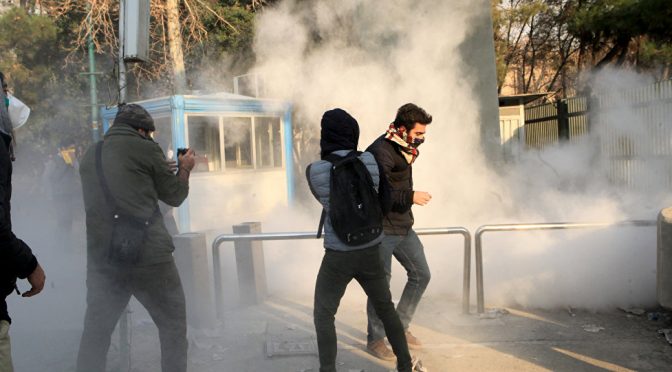 The year-ender regime change operation in Iran has fizzled out. During the initial stages of the operation, the Western media portrayed it as a spontaneous, widespread protests with legitimate economic grievances. Later on, the same media cutthroats openly admitted to the US involvement by praising Trump for standing up to the Iranian regime.
Like many failures before it, desperate measures must be unleashed. Scores of well coordinated riots were successfully neutralized by the Iranian police.

#IranProtest
Rioters ram a fire truck into a car, killing a man & his son in vehicle
Mother: Don't let my son's blood be in vein
But wait,many Iran experts will add this & many other such casualties to the total count of people killed by the "regime" latter on…just like in 2009 pic.twitter.com/qcmQLCqRka

“I announce that the riot of 1396 [year, according to Iranian calendar] has failed… The number of protesters was small and it did not exceed 15,000 people across Iran,” Maj. Gen. Mohammad Ali Jafari said as quoted by the IRGC information portal.

Earlier on, the Russian Foreign Ministry has warned all external instigators to cease the operation right away.

“External interference [in Iran’s internal affairs] which may destabilize the situation is unacceptable,” the statement said.

The deaths of two demonstrators were also exposed as a false flag operation by Mossad-CIA affiliated Takfiri group. A total of 20 people have been killed during the protests, according to AP reports.
Iranian government sees the hands of the UK, US, and Saudi Arabia for the recent misadventures.
It must be understood that a bigger counter protest was launched in support of the current regime of President Rouhani.

One of the many under reported counter-protests that happened today in Iran, not in condemnation of legit protests but against regime change riots.

Why won't your blue mark "Iran expert" tweet this for a change? pic.twitter.com/zRQYpr9y65

#IranProtest
"The people have chased away the rioters!"

Video of people converging to take back the streets after reports of riots in Rasht city.

Why won't your blue mark "Iran expert" tweet this for a change? pic.twitter.com/0gTjvs17jh

Police talking with protesters: "I'm a soldier, I should be fighting our enemies, not you! Please move on"

The crowd cheers him…

Scenes like this show how we can talk this out, if no one interferes…
But your blue marked "Iran expert" won't show you this! pic.twitter.com/tSuWDtUM13

This is not the first time that the Empire interfered in the internal affairs of the Iranians.

At an NSC meeting in early 1953, President Dwight Eisenhower said “it was a matter of great distress to him that we seemed unable to get some of these down-trodden countries to like us instead of hating us.”1 The problem has likewise distressed all administrations since, and is emerging as the core conundrum of American policy in Iraq. In All the Shah’s Men, Stephen Kinzer of the New York Times suggests that the explanation may lie next door in Iran, where the CIA carried out its first successful regime-change operation over half a century ago. The target was not an oppressive Soviet puppet but a democratically elected government whose populist ideology and nationalist fervor threatened Western economic and geopolitical interests. The CIA’s covert intervention—codenamed TPAJAX—preserved the Shah’s power and protected Western control of a hugely lucrative oil infrastructure. It also transformed a turbulent constitutional monarchy into an absolutist kingship and induced a succession of unintended consequences at least as far ahead as the Islamic revolution of 1979—and, Kinzer argues in his breezily written, well-researched popular history, perhaps to today.
British colonialism faced its last stand in 1951 when the Iranian parliament nationalized the sprawling Anglo-Iranian Oil Company (AIOC) after London refused to modify the firm’s exploitative concession. “[B]y a series of insensate actions,” the British replied with prideful stubbornness, “the Iranian Government is causing a great enterprise, the proper functioning of which is of immense benefit not only to the United Kingdom and Iran but to the whole free world, to grind to a stop. Unless this is promptly checked, the whole of the free world will be much poorer and weaker, including the deluded Iranian people themselves.”2 Of that attitude, Dean Acheson, the secretary of state at the time, later wrote: “Never had so few lost so much so stupidly and so fast.”3 But the two sides were talking past each other. The Iranian prime minister, Mohammed Mossadeq, was “a visionary, a utopian, [and] a millenarian” who hated the British, writes Kinzer. “You do not know how crafty they are,” Mossadeq told an American envoy sent to broker the impasse. “You do not know how evil they are. You do not know how they sully everything they touch.” – CIA.gov

Yes, it’s a quote directly taken from the CIA website. But why does the Empire angry at Iran again? 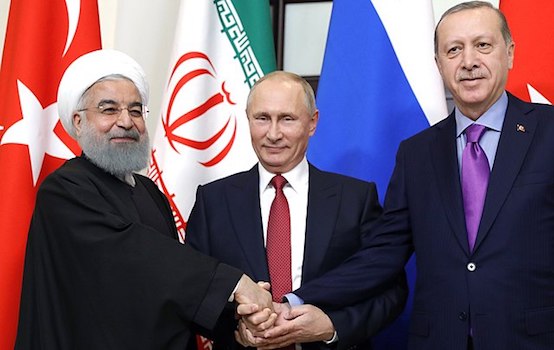