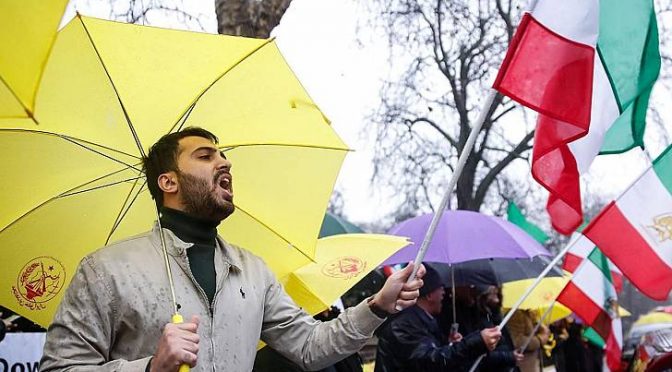 While Russia strives to move Syria on from a stage of war and bloody anarchy to one of peace, stability and reconstruction — by inviting all parties to next month’s Sochi conference to agree a roadmap including a new constitution and presidential and parliamentary elections – the US and Israel are drawing up plans to detonate the region and plunge it into new wars on the pretext of confronting the Iranian threat.
Israel’s Channel 10 has revealed that a secret agreement was reached on 12 December, following talks between Israeli national security advisor Meir Ben-Shabbat and his US counterpart H R McMaster, for the two sides to take action and devise scenarios against Iran on several fronts. This reportedly entails measures aimed at curbing Iran’s nuclear and missile capabilities, rolling back its presence in Syria, and confronting its ally Hezbollah in Lebanon. The White House later confirmed the existence of the agreement after news of it was leaked to media.
Two major developments are expected to unfold in the region in the new year. First, the collapse of the Islamic State (IS) and its loss of most of its territory in Syria, and secondly, the defeat of the American project in Syria. This was based on using armed opposition groups to topple the regime of President Bashar al-Asad, and was thwarted by the Syrian Arab army’s steadfastness, the intervention of Russia, and the support of allies like Iran and Hezbollah, putting Syria on the threshold of a new phase of national reconciliation and renewal.
Against this backdrop, the current US administration fears its influence in the region is receding in favour of Russia and China and of regional powers such as Iran and Turkey. The Israeli occupation state, for is part, is alarmed by the strength of Hezbollah and its growing military capabilities, and fears the consequences of it emerging triumphant from the Syrian conflict and being able to devote is attention fully to confronting the Israeli threat and opening new attrition fronts against it in South Lebanon and southwestern Syria.
Neither Channel 10 nor the White House gave away details of the plans and scenarios that the US and Israel might pursue against Iran and Hezbollah. But it is obvious that one of these scenarios is to try to destabilize Iran from within by engineering disturbances or protests and activating a number of armed separatist groups. Saudi Crown Prince Muhammad Bin-Salman, one of the Trump administration’s closest Middle Eastern allies, said as much openly in a TV interview some months ago. He warned his country was going to ‘take the war inside Iran’ as a pre-emptive measure – meaning before Iran tries to take the ‘war’ into Saudi Arabia. It would not be surprising if the demonstrations held on Friday in several Iranian towns in protest at inflation were in some part a product of that strategy.
It is doubtful that any US and Israeli scheme to remove Iran and its influence from Syria and Lebanon would stand much chance of succeeding, unless it envisages all-out war. Even then, it would be a dangerous gamble that could have catastrophic consequences, particularly for the Israeli occupation state. If the US’ Patriot missiles were unable to intercept the handful of home-made rockets fired by Yemen’s Houthis against Saudi cities, Israel’s Iron Dome system is unlikely to fare better against Hezbollah’s more advanced and accurate missiles, especially if they are fired in their hundreds, if not thousands, against Israeli cities.
The threat faced by Israel has been compounded. The main threat is from within: from the stirring of a new Palestinian uprising and the prospect of it developing into a campaign of armed resistance. This is not unlikely given the recent firing of missiles from the Gaza Strip at Israeli settlements to is north, and the emergence into the open of Hamas and Islamic Jihad’s alliance with Iran – with Qasem Soleimani, head of the Iranian Revolutionary Guard’s Quds Brigade, boasting of having been in direct contact with the two Palestinian Islamist groups’ military commanders.
Israel and the US’ threats may be tantamount to psychological warfare, or they could be aimed at reassuring their frightened Arab allies and prompting them to spend tens of billions more dollars on American weaponry. Either way, the coming year may prove to be a frightening one for the US and its Israeli ally. They may try their luck, but the outcomes will definitely not be to their liking. For the region is changing — and fast.
The original source of this article is Raialyoum.