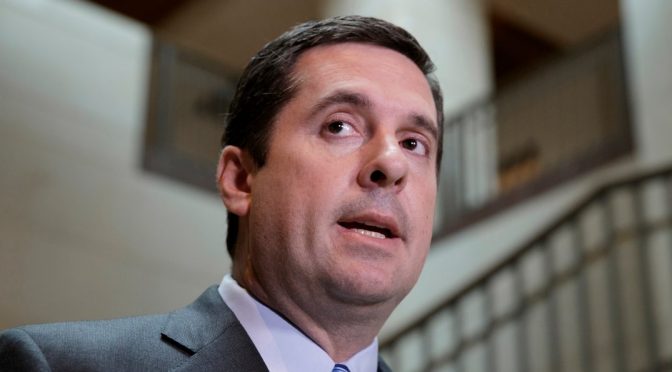 The most important revelations of the Nunes Memo relate not to its content, but the political establishment’s response to its release, argues Caitlin Johnstone.
By Caitlin Johnstone
It’s fitting that the ever-tightening repetitive loops of America’s increasingly schizophrenic partisan warfare finally hit peak shrillness and skyrocketed into a white noise singularity on Groundhog Day. Right now, we’re right about at the part of the movie where Bill Murray is driving over a cliff in a pickup truck with a large rodent behind the wheel.

While the Eastern part of the world is busy creating a better world, the Western population are being continually distracted away from the real issues of the day. The mere release of the memo has nothing to do with the downfall of the Deep State.
If it did, the likes of Hillary Clinton would have been arrested already.
[scribd id=370599196 key=key-ODcjGiejEmcGtHk6XC3A mode=scroll]
This is just another script that must be played.
It would take more than that to set the people free from the imperialist Deep State.  But the problem is, the people would just go back to sleep with the assumption that this is the beginning of the end for the Deep State.