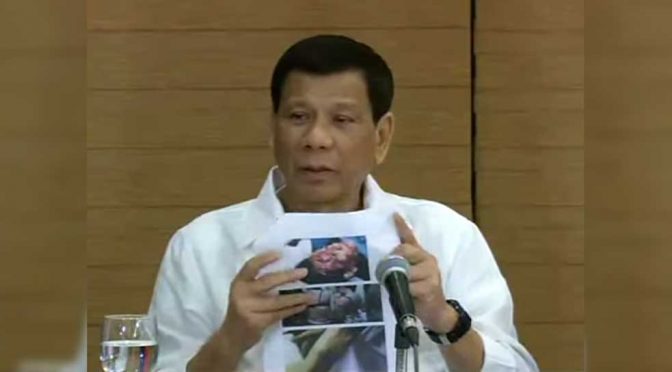 The Deep State International Criminal Court has sent a prosecutor to investigate the so-called human rights violation of the incumbent Philippine government. However, the same institution is ignoring the plight of Overseas Filipino Workers who are being abused everywhere in the Middle East, most notably in Kuwait.
For sometime Duterte has been using the diplomatic channel to solve the problem, but it seems his patience has been exhausted already because of the measure taken by the other hand of the Deep State, i.e. the ICC, to investigate him instead.
There are recent reports of a number of deaths involving Filipino domestic helpers in Kuwait, on top of the recent discovery of one OFW, who was kept in a freezer for at least a year.
Due to these verified reports, Duterte ordered the Department of Labor and the two airlines to repatriate the aggrieved workers in the next 72 hours.
This is the strongest message from President Duterte to the Kuwaiti government, and the Deep State ICC, so far.

“The Filipino is no slave to anyone, anywhere, and everywhere.  Every unlawful physical injury that is inflicted on an OFW is an injury I personally bear as the head of this Republic.” – Philippine President Rodrigo R. Duterte

Firstly, the ICC initiated investigation is being conducted to apply political pressure now that the Duterte government is proven to be consistent in its drive against the economic abuses of the local oligarchy, and in pursuing a truly independent foreign policy.
The second motivation to investigate Duterte for possible human rights violation is the no-nonsense investigations against Sanofi’s highly questionable vaccination of 830 000 Filipino children using the untested Dengvaxia, in 2015 onwards.

The third motivation to undermine the Duterte government is the successful military operation against the CIA ISIS terror in Marawi City, and the unrelenting military and psychological offensives against the 50-year communist insurgency that is fueled by the Jesuit Liberation Theology.
The Jesuits are known experts of the “divide and conquer” doctrine. It is the cause of their banishment from Europe in the 1700s. So, it should not surprise us why, of all places, Jose Maria Sison is now living in relative affluence within the perimeter of the Vatican instead of Russia, or China.
The advances of the government against the insurgency is very evident when those New People’s Army combatant, who surrendered voluntarily to the military, were accommodated in Malacañan Palace, the seat of power in the Philippines.

It must be understood that communism is the handiwork of the Jesuits, and Karl Marx himself was a Jesuit coadjutor serving only the interest of the Vatican, through its highly effective divide and conquer doctrine.
The communist movement of the Philippines is shun by the public due to its fear mongering and terror tactics. In fact, the communist movement in the country is now a legitimate criminal armed extortion syndicate that is responsible for the destruction of a number of the already limited economic installations, both private and public, in the country.
These are the type of geopolitical tools that the Deep State is trying its best to protect. It’s not working, no more.
To date, Duterte enjoys the unprecedented popularity rating among the people, and probably the highest rating for any elected officials on the planet. Why not? 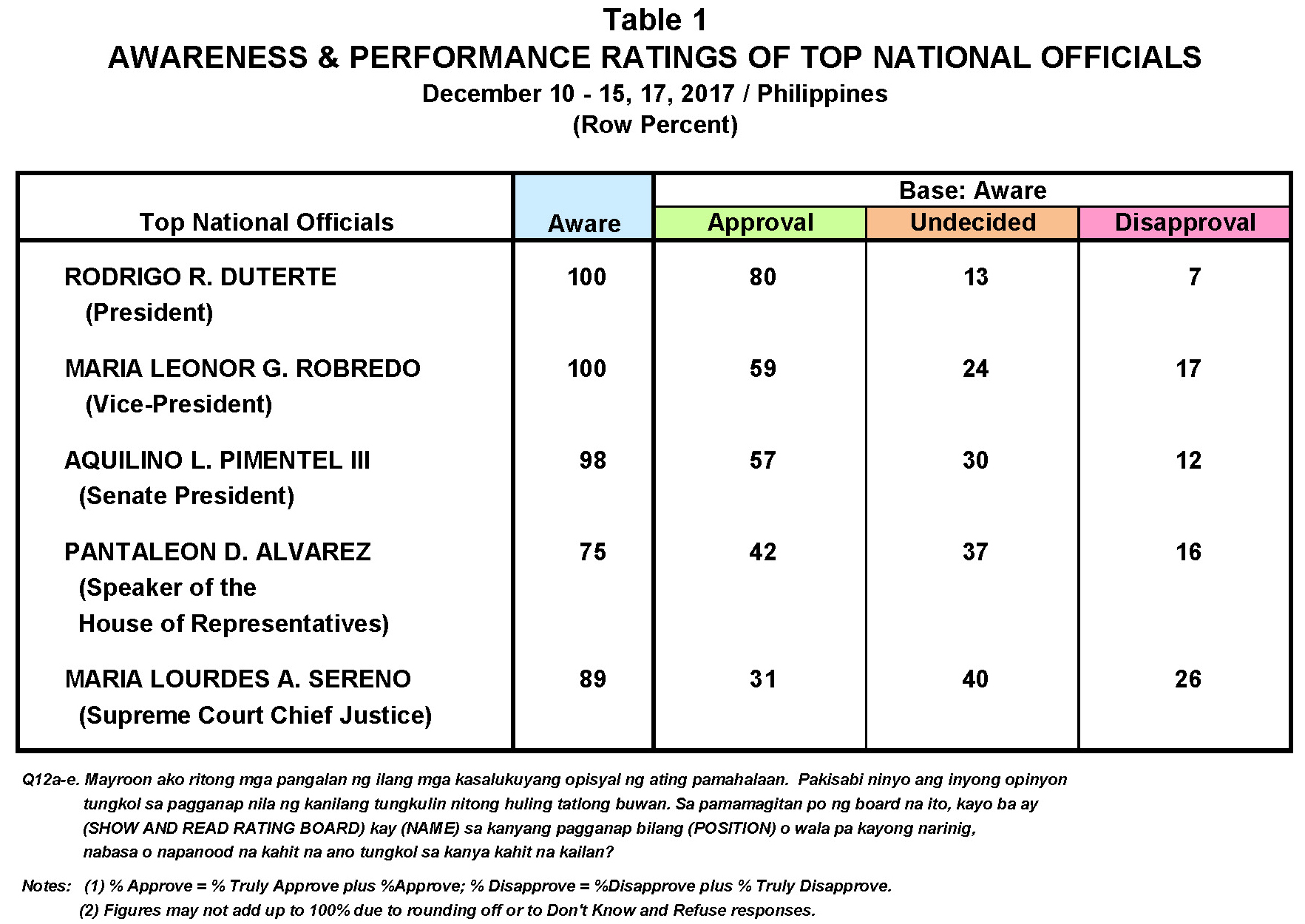 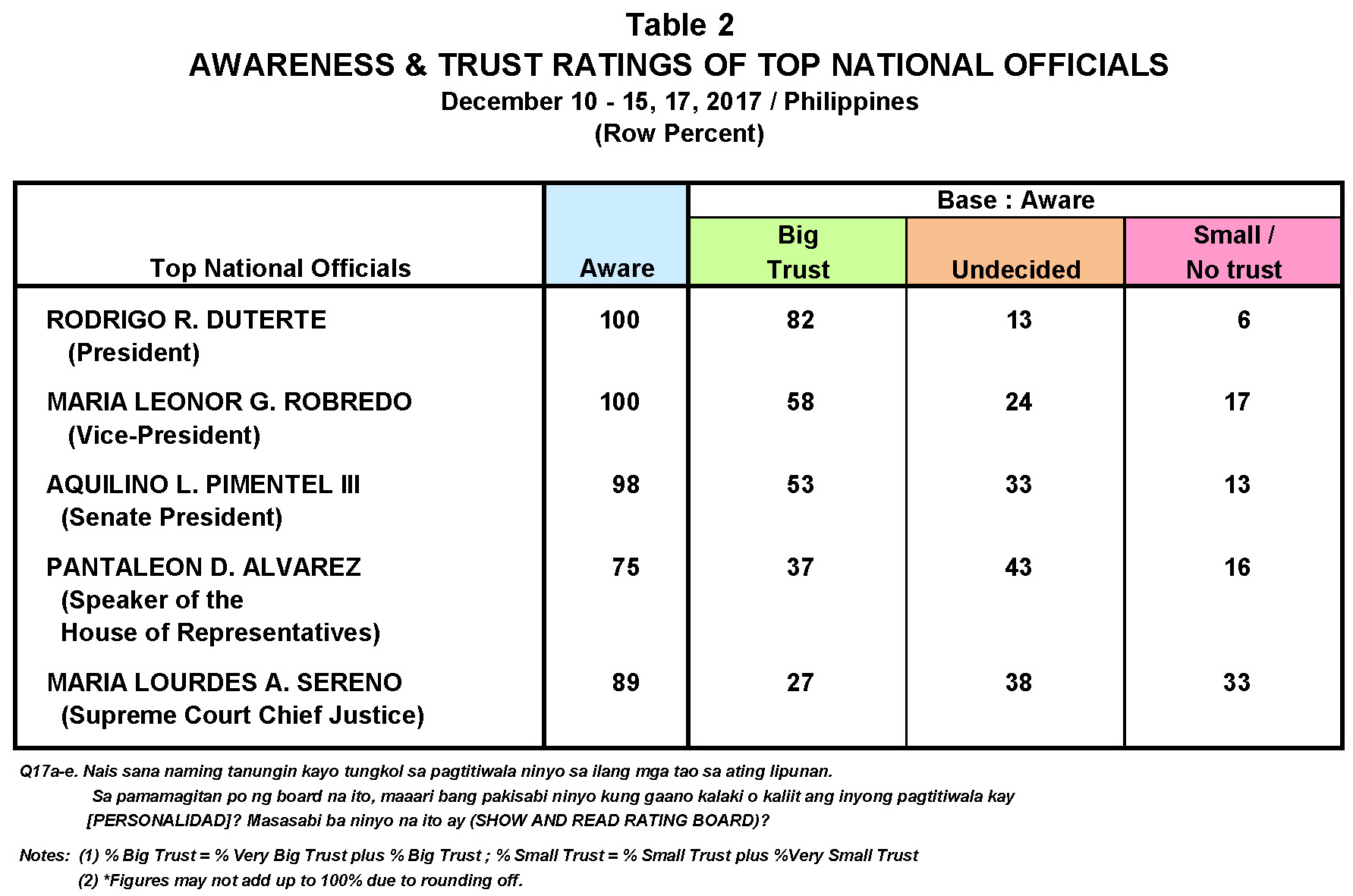 Source: PulseAsia
The Duterte government continues to accelerate the delivery of public services in the manner that is never before seen in the entire history of the country.
Just recently, in fact, his government provided hundreds of transitory shelters for the survivors of the recently ended CIA-ISIS siege in Marawi City.

The speed by which this has been made available to the victims of ISIS terror is in deep contrast to the non-existent emergency assistance from the Deep State controlled Aquino government to the survivors of Typhoon Haiyan in 2013.
Where’s the ICC in that regard?
Is the International Criminal Court only favoring criminals, as its name aptly says?