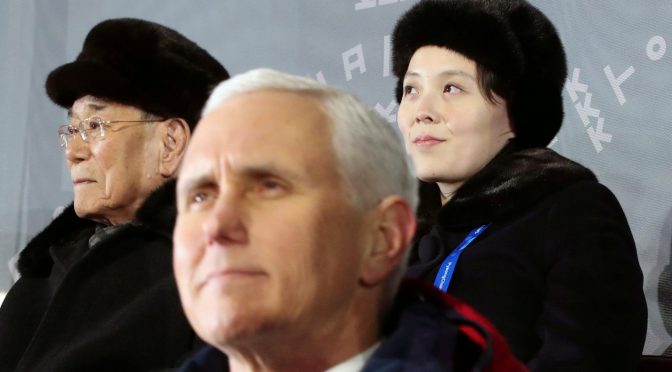 It was highly anticipated that the assumption of Moon Jae-in in South Korea last year, would usher in a different trajectory for Korean politics and in its relationship with Japan. True enough, the recent high-level diplomatic interaction between the two Koreas left the Deep State in further isolation.

The continued isolation of the Deep State controlled United States, Inc. is very evident with the childish reaction of VP Mike Pence and his rioters during the PyeongChang 2018 Winter Olympics Opening Ceremony where the high profile representative of the Big Boss from the North was greeted warmly by SK President Moon Jae –in,

… and the South and North Korean athletes marching under one flag. This development is warmly welcomed by most of the people in South Korea.
In the days leading to the Winter Olympics, an unprecedented event took place when the representatives of both Koreas were seated across a table to resume talking about reunification of the entire peninsula, which has been deterred in countless occasions by elements of the Deep State in the region, including the ousted president of South Korea.


The land, sea and air routes between the two Koreas have been essentially opened for the occasion, and hopefully will continue to be the case in the long term.
That should send a strong message to the West that they are the real problem in the region.
In response, Pence issued a stark warning that,

“The United States of America will soon unveil the toughest and most aggressive round of economic sanctions on North Korea ever – and we will continue to isolate North Korea until it abandons its nuclear and ballistic missile programs once and for all,” Pence said Wednesday after meeting with Japan’s Prime Minister Shinzo Abe.
Although Pence didn’t reveal the details, the penalties are said to be put in force before the end of the Olympic Games, scheduled to take place from February 9 to 25 in South Korea.

Instead of giving in to Western pressure, SK President Moon Jae-in proceeded as planned to welcome the North Korean Winter Olympics delegation. In fact, the entire South Korea viewed this recent development as very positive in the long-term peace of the peninsula.

The level of security protocol exerted to protect Kim Yo-Jung showed the level importance this is to the South Korean people, who are longing for peace since the US-instigated war in the 1950s.
Here’s a poor taste of American diplomacy.


While everybody is in the mood for celebrating human achievements through friendly sports competitions, Mike Pence decided to play politics, in conjunction with the IOC banning of the Russian athletes. But it is very clear who’s not welcome in Asia anymore.
So, he used the “defectors” to dramatize his attendance.


Mike Pence must have been sporting a thick face when he attended that ceremony.
When the economic powerhouse South Korea and nuclear-powered North Korea reunite, that is more than enough to repel any foreign intervention of the Korean Peninsula. That’s what the Deep State could never allow to happen.
However, China is not taking any half measures against the usual spoilers in the region. While the two Koreas were talking constructively, the Chinese military sent its long range stealth fighter jets across the South China Sea and above Taiwan Strait.


It is very evident that the sheer size of the Chinese J-20 Stealth Fighter is not just designed to cover the South China Sea, but to reach the US military base in Guam with substantial firepower as well.
Russia, for its part, is warning the Deep State anew if any new sanctions are lodged against the North.

Complete blockade of #NorthKorea's oil supply will be perceived as declaration of war-
Russian envoy https://t.co/JzoPsLj27V

For the Deep State, both Japan and South Korea are what remain of its economic power, but now that China is standing up for its own right and that of the others in the region, the Deep State has nowhere to go but slip into oblivion, as the #1 Western financial donor Japan is slowly pivoting towards Russia. 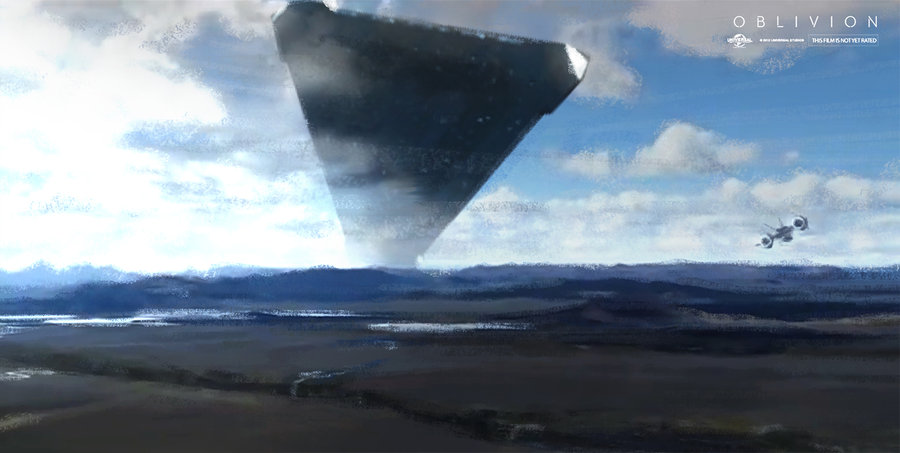 18 thoughts on “US Just Lost Asia to the BRICS”