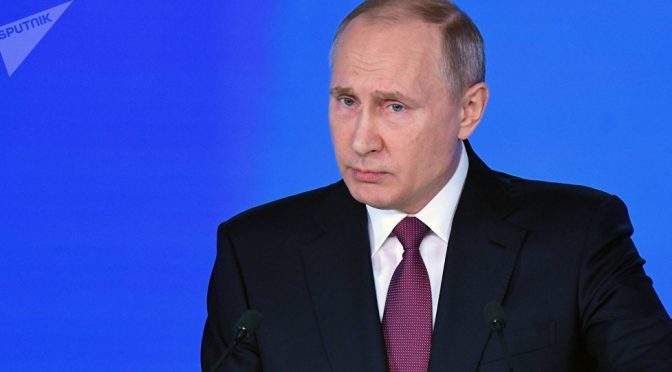 Russia started the move for a checkmate when its military entered the Syrian theatre on September 30, 2015. It’s been 3 days now since Grandmaster Putin executed his Avant-garde speech to tell the West about its useless pursuit of military dominance all over the globe, but the latter is undoubtedly still in shock.
Just like the typical bully that walks away from a shameful realization of its own incapacities, the Deep State media could only churn up the typical response. 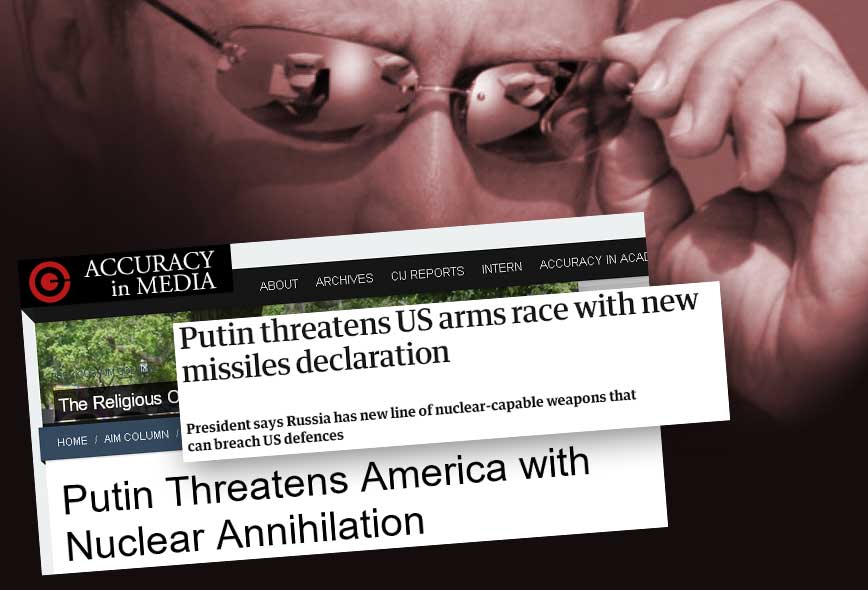 The bully conveniently omitted that it is the perennial aggressor, the whole time. What a shame, indeed.
Among the weapons that Putin revealed in his annual speech are:

All of which have been mass produced, and are just the few samplers in the entire Russian arsenal. In fact, their own ambassador to the UK has already concluded that “We are endgame now.”

Even The Donald is silent about it. Both, Putin and Trump, are friends supposedly.
Trump, of course, is just a Deep State’s peaceful interface towards the East, while the CIA is still the aggressive entity wherever they are in the world, effectively maintaining the Janus doctrine which makes fools out of their own taxpaying population. That is why only mixed signals can be expected from the White House.
Only a few days ago, the US Congress approved the biggest ever budget for the war profiteers, in spite of the fact that the US barely survived two shutdowns in 2 months. This is happening under Trump who, like Obama, is also aiming for your guns.
The latter, of course, is justified considering that those privately owned guns are utterly useless since nothing has happened with it even now, except for some occasional selfies and groupies.

We have yet to see the promised mass arrest, although some sectors are already celebrating the “mass arrest of the pedophiles”, while no single video about the actual arrests from their own favorite YouTube channels has emerged, but only the usual talking heads.

We want to be proven wrong in that regard.
Moving on to the bigger picture, we need to factor in China’s impending inauguration of a non-US dollar dominated oil stock exchange on March 26th , where we get a perfect storm for the Deep State, which may warrant for more false flag operations in the days ahead.
That’s where the real actions are coming from, i.e. the East. That’s because the situation is still within the acceptable threshold for the West, i.e. the economic condition is still acceptable for most. But trade wars are moving in, too.
Can you see now, which of the two sides will prevail in the end?
Meanwhile, both Koreas seem in a great hurry towards achieving peace in the Korean Peninsula. They’ve been sending envoys visibly back and forth, in the last few days, and prior to the Pyeongchang Winter Olympics.

Trump says, North Korea must denuclearize first, but he is not forcing the issue beyond Twitter. Good Trump.
The Deep State can’t stop the peace efforts now that both Koreas and even Japan are looking up to Russia for military protection, of which the latter has recently responded positively.
We are indeed right at the endgame now.

The Iranians, however, have no right to pursue nuclear arms capability. Bad Trump. Too late for that anyway. The Iranians have already achieved nuclear capability and more, a long time ago. You see, when everyone has become superboy, nobody is. That’s from your own cartoon The Incredibles.
Mutual destruction, maybe that’s one of the options we have at this stage in order to achieve global peace. But certainly, exceptionalism has just been rendered obsolete.
But “China and Russia are mere controlled oppositions in the bigger scheme of things. They are part of the New World Order, too.”
Well, I hate bursting anyone’s bubbles, but do you really think that China and Russia have forgotten the 30 million deaths, respectively, during the Jesuit Mao reign, and the Nazi siege of Leningrad, to which the Vatican was so silent about in WW2?
Is Putin and Xi that stupid really? Can anyone show us that these two leaders have indeed acted towards that direction in some ways?
What we see instead is that both Eurasian leaders are willing to work with a reformed Vatican for peace, but they are more than ready to defy the latter’s wishes whenever necessary. The two geopolitical giants have the upper hand, so why would they do otherwise?
So, why can’t the Americans just bypass possible COINTELPROs saying “just stay in your homes, we got you covered”?
Or, better still, why not stop paying taxes that go mostly to the Deep State war machine?
You’ll save a lot of lives in the Middle East that way. So, you really can do something about the world and have no reason not to.
With the Deep State still in shock about the multiple moves that will conclusively diminish its influence on other leaderships around the globe, isn’t it the most opportune time for the Western population to make their moves, too?
The era of unchecked, unwarranted Western military and political interventions abroad is being confronted head on and in no uncertain terms.
What is needed now is for the Western population to reciprocate the actions of the East.