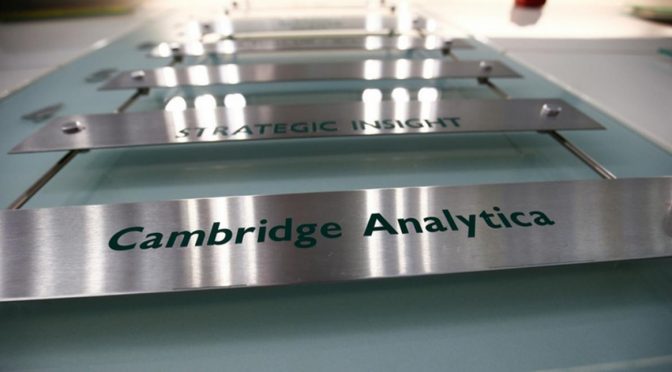 The scandal surrounding Facebook’s relationship with Cambridge Analytica, the election data company previously associated with former Trump campaign Chairman Steve Bannon, dominates the media in the US and Britain.