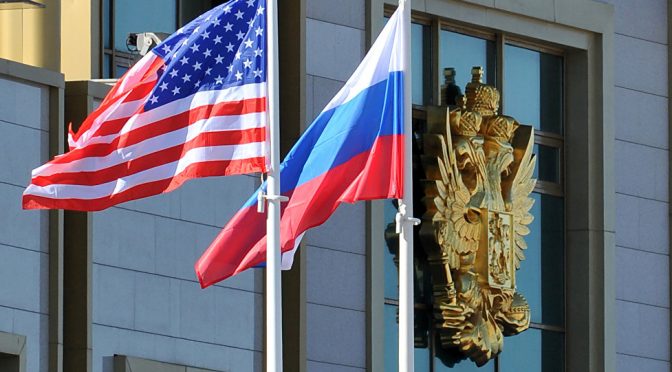 The Deep State is tired of assassinating Russian diplomats. Now, they are satisfied with merely expelling them from their US and EU dominions. This is to divert attention away from scandals involving high society pedophilia, financial corruption and bankruptcy, and “to make the Russians hate Putin.”
Here are the earthshaking events leading to where we are today.

President Donald Trump has ordered the expulsion of 60 Russian diplomats and the closure of the Russian consulate in Seattle. It comes in response to the poisoning of Sergei Skripal in Salisbury, which the UK has blamed on Russia.
The move follows major diplomatic pressure by the UK on its allies to follow their lead in expelling Russian diplomats. The Russian embassy in Washington had previously urged Trump not to heed the “fake news” on Skripal’s poisoning.
British Prime Minister Theresa May has accused Moscow of being behind the poisoning of the former spy Skripal and his daughter in the town of Salisbury in early March.
During a summit in Brussels last week, the 28 EU leaders agreed with Britain’s assertion that it is “highly likely” that Russia was responsible for the attack on Skripal.
Members of the EU numbering 16 have also decided to expel Russian diplomats following Britain’s lead.
Canada has also jumped on the bandwagon, announcing that it will expel four Russian diplomats “in solidarity” with the UK.
The timing of the expulsions by the US, EU and Canada appears to have been coordinated between Washington and Brussels. Eight EU countries confirmed within 15 minutes of each other on Monday afternoon that they would expel a number of Russian diplomats. Canada’s announcement followed shortly after.

Such unprecedented move, of course, is not supported by proportionate evidence relevant to the accusations against Russia. The desperation stems from the fact that their aggressive operations worldwide are no longer working, and the recently inaugurated Petro-Yuan oil exchange in China that is threatening the Old World Order of the Khazarian Mafia.

War with Russia, or China, is also not an option, especially if you have a defense system that doesn’t work all the time.

Alhumdillah The saudi army has successfully intercepted a ballistic missile in the riyadh #saudiarmy #riyadh #riyadhnow #الرياض_الان
I hope everyone is safe and fine many prayers to the brave and strong army ❤️ 🇸🇦🇸🇦🇸🇦🇸🇦 #الرياض pic.twitter.com/n1ThqBpO1r

In fact, the entire Aegis Defense System has been demonstrated to be incapable of withstanding  Russian eWarfare System on many occasions.
US patriots, as they love to call themselves, are until now not taking actions against the Deep Swamp that are doing its filthy work in plain sight.

On the 15th anniversary of the #IraqWar, these 55 senators voted to continue waging war on #Yemen

They voted to continue starving millions to death

They voted to continue bombing Yemenis with US bombs, dropped by Saudi-purchased US jets, refueled midair by the US Army. #SJRes54 pic.twitter.com/DG7l48oX8n

They just talk, talk, and talk some more.

In order to have an idea how effective is the current counterpropaganda effort of the US-based online activists is to count the number of those who participated in the “March for Our Lives” rally, which demanded nationwide gun control.

That kid is right. There should be gun control in America, since it is useless anyway under some show off individuals who accomplish nothing beyond maiming mannequins.

Yes, these guys are still “waiting for somebody to attack them in their communities.” Pathetic.