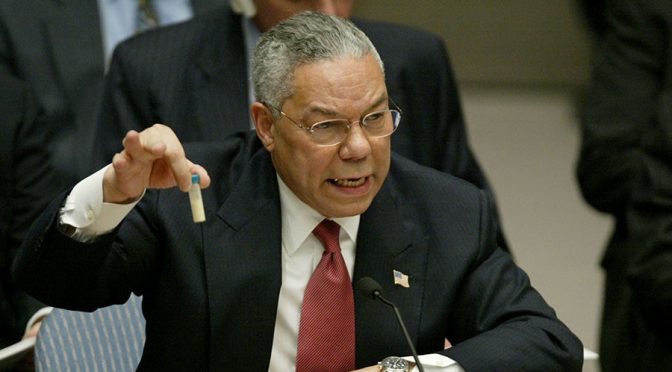 The Iraq War architects have been thoroughly rehabilitated and are planning their next adventure, even as the catastrophic ramifications of their crimes continue to reverberate around the world.
Last week marked the 15th anniversary of the American invasion of Iraq in 2003. April 9 will be the 15th anniversary of the fall of Baghdad. The consequences of these events are still playing out today, from Mali to Niger, to the Philippines. Iraq has never recovered and is only beginning to emerge from the trauma, while American officials plan the next military adventure.
Writing in the New York Times, Iraqi novelist Sinan Antoon observed:

“The invasion of Iraq is often spoken of in the United States as a ‘blunder,’ or even a ‘colossal mistake.’ It was a crime. Those who perpetrated it are still at large. Some of them have even been rehabilitated thanks to the horrors of Trumpism and a mostly amnesiac citizenry.”

Rania Khalek is an American journalist, writer and political commentator based in the Middle East