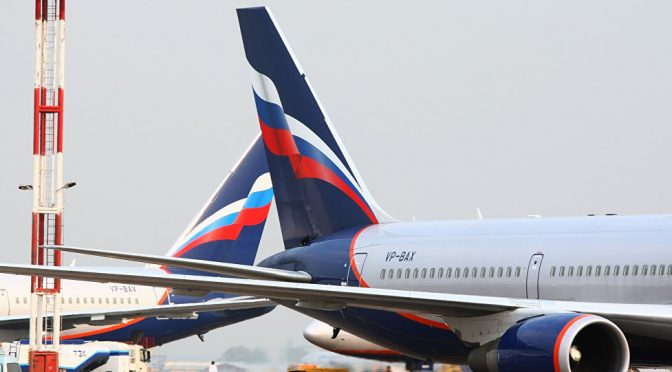 As scheduled, the Shanghai International Energy Exchange (INE) started entertaining investors for its listed crude oil futures for a total of 23 overseas brokerage. In just a week, it already has a total of 278,234 transactions, worth 115.92 billion yuan.
China is currently the top energy user, and it is only fitting that it must dictate where it wants to go as far as the currency to use in its oil purchases from here on. This, of course, spells doom for the warmongering Petrodollar industry.
No, this is just a shift between two elements of the same world order. That is absolutely wrong. In China today, there’s an ongoing construction of 33 highly advanced nuclear power plants, and its intermediate end goal is to export turnkey power plants around the world, at a price that only China could offer.Even Donald Trump is forcing China to drink its more expensive hydrocarbons, hence the tariffs on Chinese steel. But the US has only shot itself in the foot, as the latter is much cheaper that the local counterparts. Why is that?
China is not playing on the same scarcity-based economic game of the West.

It wants to show the other side that there’s a better way to run the planet for everyone’s benefit. It is wise enough to understand that the only way it can protect itself is to empower other nations on the planet by way of large scale development and the massive establishments of free energy systems via the peaceful use of nuclear power.

The British Empire is not happy with the latest defeat of its terror group in Ghouta Syria.

About 6,000 CIA employed militants got a safe passage again towards Idlib. But one journalist took it upon himself to confront some of them and question the wisdom of their senseless actions.
The militants were offered reconciliation by the Syrian government, but they refused it and chose instead to relocate themselves to Idlib, where they can be unified with the other defeated CIA stooges.

Highly volatile Trump, on the other hand, is hinting that the US is leaving Syria soon.
Clap, clap, clap for Trump. But really, the damage done in Syria cannot be undone with just one statement. Not to mention the fact that he just signed the highest Pentagon budget eve in his entire history, a few weeks ago.

Childish Behaviour from An Old Empire

Back in the UK, the immaturity in world affairs is manifested in the wanton use of its intelligence department to initiate poorly executed anti-Russian false flag, i.e. poisoning its own Russian asset, Sergei Skripal, and blame it on Russia.
This was followed by the massive EU and US expulsion of Russian diplomats, which is in some ways a huge improvement considering that more than a year back, they were actually assassinating them, openly and otherwise.
As of late, the Russians have responded with their own proportionate diplomatic expulsion of Western diplomats, due in large part to the latter’s failure to show evidence relevant to the Skripal poisoning case, and the UK’s refusal to cooperate in its investigation.
The British Empire’s desperation continues with the unannounced and unwarranted raid of one Aeroflot commercial airliner, and with the shutting down of Julian Assange’s internet access.
The Swedish government has no criminal case against the Wikileaks founder, Julian Assange, and therefore, the Empire has nothing to pin down the activist with. What crime is there when all that Julian Assange is doing is just what mainstream journalists worth their salt would have done, i.e. unearth and publish government wrongdoings?

The Deep State controlled governments around the world want to curtail our freedom of expression and intrude into our private lives, but the same cannot afford to open themselves up for public scrutiny.

Multipolarity is Gaining Ground; Leaving the West Behind

You have made the offer, but the other side is refusing your terms of mutual benefit. What are your options?
As the chips fall where it should be, the revival of the ancient Silk Road continues unabated as more African nations are availing themselves of the massive infrastructure projects facilitated and 70% financed by China.

This major economic lift is coupled with technology transfer that will a profound impact on the lives of the local population. Compare that to the shallow rock concerts for Africa, where the proceeds went only to the pockets of those who run the shady and bogus humanitarian NGOs.
All that the Western critics could do is to watch these developments, and malign China that it is only after the exploitation of the recipient’s natural resources, like the West is doing for last 500 years.
No, China’s participation in the construction of basic infrastructures in Africa is to make the entire continent truly independent from Western exploitation instead. That is a far cry from the Western regime change, war, and biochemical attacks against the Africans.
The United States of America needs to remember also that in its infancy as a republic, it was China which financed its early economic development, with the same railroad constructions across the continent, using hardworking Chinese labor that in the American history books were labeled as slaves.
It is so good to watch that in Africa right now, they are already talking about how to intercourse with China through economic terms,

… rather than using their knowledge in mathematics counting dead bodies by Western injected wars. Remember how the Deep State controlled UN responded to the Rwanda genocide in 1994.
Who triggered that event if not the Western intelligence assets in the region?
As it stands today, the East is tired of dealing with the immaturity and exceptionalism of the West, and it is forging ahead with globalwide development, with or without, Western participation. The West is not in a position anymore to dictate the terms by which mankind ascends towards shared prosperity.


The privileged position of the Parasitic Western Elite will become irrelevant soon, as their hosts gain more knowledge on how to decontaminate, detoxify and deconstruct the imaginary prison cells built around them.

There’s never been a theoretical and physical limits to what the human being can do. The established, dogmatic limitations in Science are exactly where the Western hegemony derives its own power. But the combined scientific achievements of the RIC Alliance between Russia, Iran and China, have effectively neutralized that.
All of the above is the real cause of the panic within the Deep State Empire.

6 thoughts on “Deep State Desperation at All-time High. Here's why…”