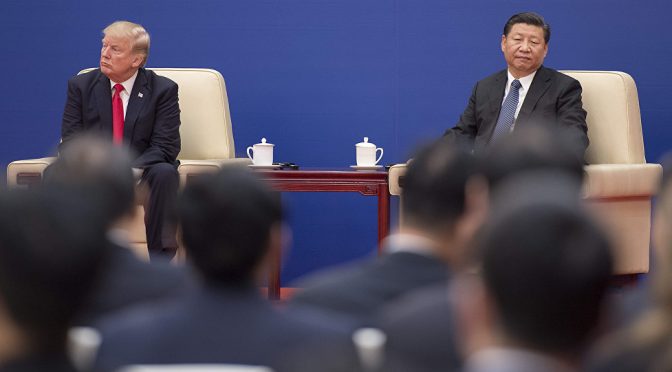 China is reportedly imposing tariffs on more than 125 US imports including fruit and pork.
Tariffs on 128 US goods go into effect on Monday, Chinese state media reported, as President Xi Jinping's government followed through on a threat to impose the measures. pic.twitter.com/WCO8nEN13w

Other than literally dropping tactical nukes on China’s economic infrastructure, what form of countermeasure should the Deep State unleash now?
A United China against a Divided “United States” only leads to an ugly downfall for the British Empire. It’s not that the former has been remiss in warning the US from opening the proverbial Pandora Box.

“We would like to recommend the United States to refrain from any actions which could harm the trade and economic relations between the two countries, otherwise the United States will fall into the pit it is digging for others,” Gao said.

It seems like we are looking at China at the end of the rope now. And so is Putin…

Even Pakistan is joining the fray…

“China has reportedly provided Pakistan with a highly advanced optical tracking system, which will be a boon to its missile program. The move is an apparent poke in the eye of India, which is becoming China’s main regional rival.
The delivery of the system was reported by the Chinese Academy of Sciences (CAS) in a statement, the South China Morning Post (SCMP) reported on Thursday. It was a rare occasion for Beijing to publicly confirm the export of sensitive military equipment that may stir controversy in other nations. The deal, the statement said, was the first of its kind supplied by China to a foreign buyer.”

The big question now is: Where does the Deep State go from here?
How about the so called American Patriots? Aren’t they going to do something and show us some real, verifiable actions?
This is the best time for them to strike back, too. Besides, Trump and his team of recycled warmongers cannot be expected to get the job done and Make America Great Again.