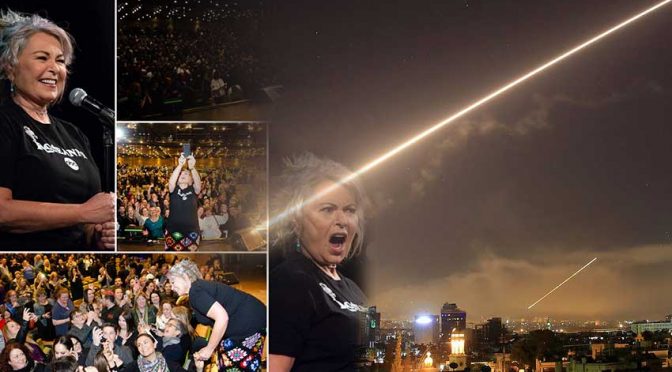 This morning, I am greeted by a series of tweets that will put to shame the mainstream journalists of the West.
The multi-awarded UK-based White Helmets’ chemical attack false flag could not pass Rotten Tomatoes movie critics ever. Here’s why…

As a cardiologist I can say that these ECG electrodes are completely wrong positioned. They would not get any signal. This picture is faked!@VanessaBeeley @EvaKBartlett pic.twitter.com/rSurzvK51b

But it doesn’t mean that the White Helmets have not accomplished anything else. They were actively part of the destruction of Syria. Soon, they will be coming back to Europe.

When these guys end up in Europe (many are there now), you will regret that the alleged chemical attack was a hoax and wish it was real! Anyways, prepare to welcome your beloved jihadi rebels as they are on their way to you..! pic.twitter.com/bBs59y2kMP

Even the most passionate Trump supporter can’t take it anymore.

Even Pink Floyd musician Roger Waters is ashamed of his own government.

They eat with knives and forks and call themselves 'civilized', but their mouths are farting and puking toxins and lies, shamelessly. And they kill, kill, kill; tens, hundreds of millions, for centuries. How long will our Planet tolerate their global dictatorship? pic.twitter.com/OEiaD7C0E5

Swiss experts have found out that the biochemical weapon used on the Skripal false flag was Western made.

Theresa May after her big fat failure in Syria.. pic.twitter.com/89VYjdcOm8

So, with all these madness that’s going on in plain sight, what exactly is the so called brave and noble US patriots are doing today?

Gun rights supporters _ many carrying rifles and ammunition _ gather at state capitols across U.S. to push back against efforts to pass stricter gun control laws. https://t.co/3zqsoJD7do

With all due respect, Sir, use them already!
Here’s how you should do it…

At a rally in Damascus today, celebrating their victory in shooting down American missiles. The Syrians I'm meeting are unbelievably friendly.. I talked to a soldier at the rally and when I said I was American, he beamed and said "welcome! We still love you" pic.twitter.com/czqXkuUxNv

A Statement Issued by Syrian Patriarchs: We condemn and denounce the brutal aggression that took place this morning against our precious country #Syria by the USA, #France and the #UK
@BLIKOPENER333 pic.twitter.com/pghcZhU8zz

Just like before, the UNSC failed to do what is right.

They don’t need to. That’s because they consider the whole event as a “one time shot…”

So, while the world is burning through your own boy scouts, keep entertaining yourselves America. That’s what you are really good at.