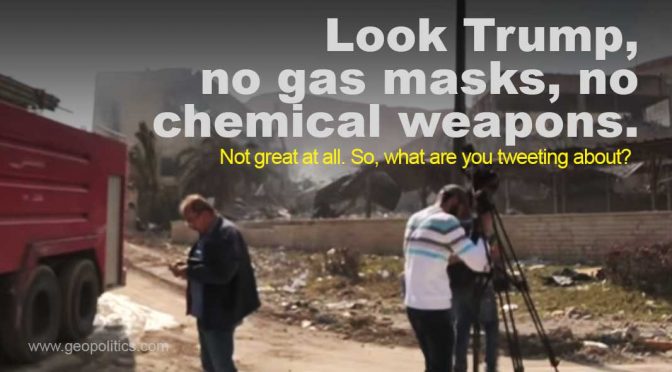 Mission accomplished, that’s how Triumphant Trump congratulated himself after the missile attacks on an alleged chemical weapons factory used to gas Syrian civilians in Ghouta, days ago, in compliance to the Deep State narrative that the Assad government is killing its own people, which therefore, requires the highly indispensable Western intervention .
But the reality in ground zero is exactly the opposite.
Nobody is wearing any chemical suit after the Trumpian missiles hit this particular “chemical weapons plant.”

Now, compare that to the Skripal investigations where everyone, at least, wore the mandatory plastic props, made in China probably, to signify that they are indeed dealing with deadly toxins… 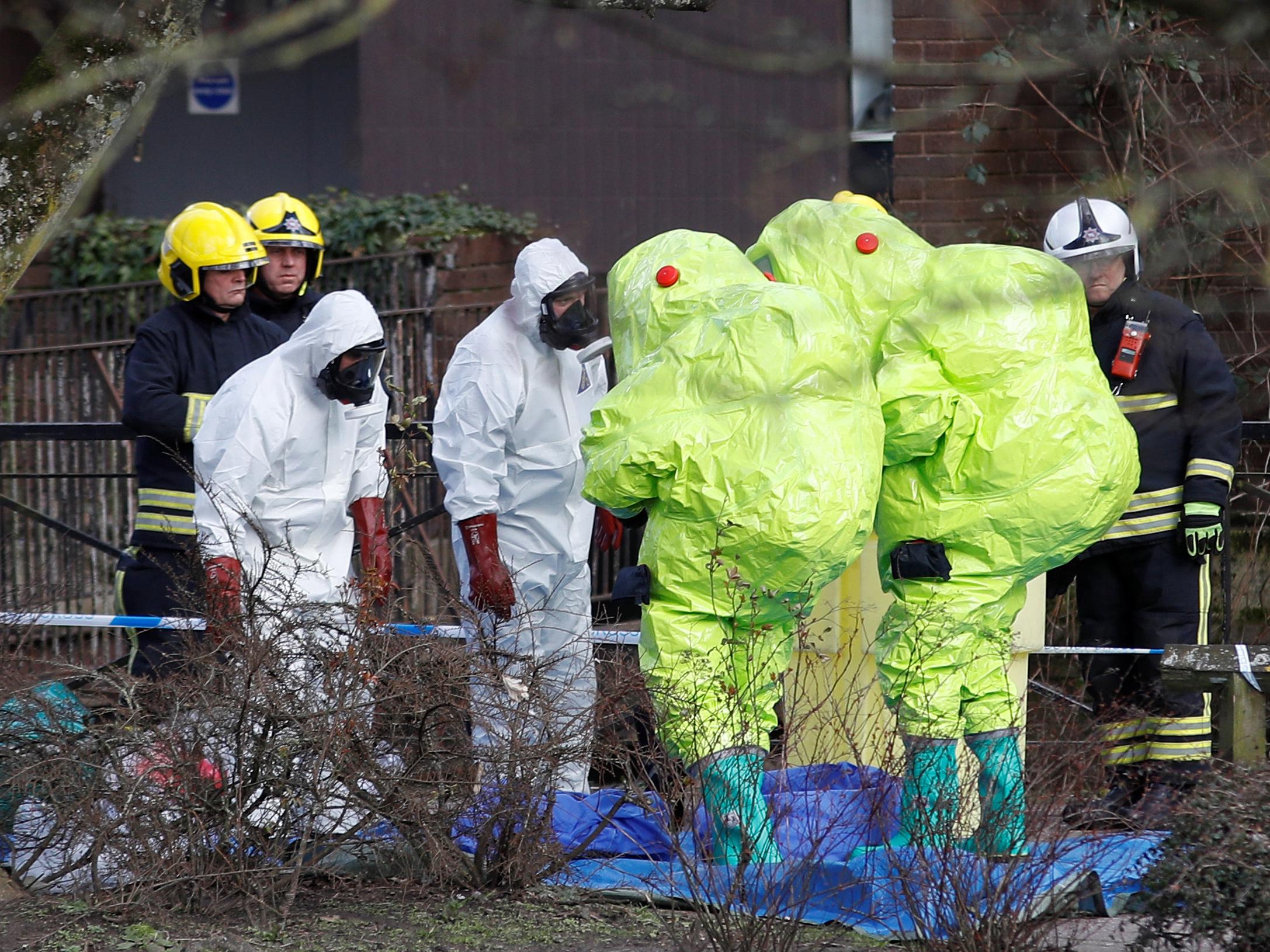 … supposedly right at the door knob.
Yeah, we can excuse the London police who were there maskless, too, in the immediate aftermath of the Skripal false flag. They’re not part of the earlier briefing. 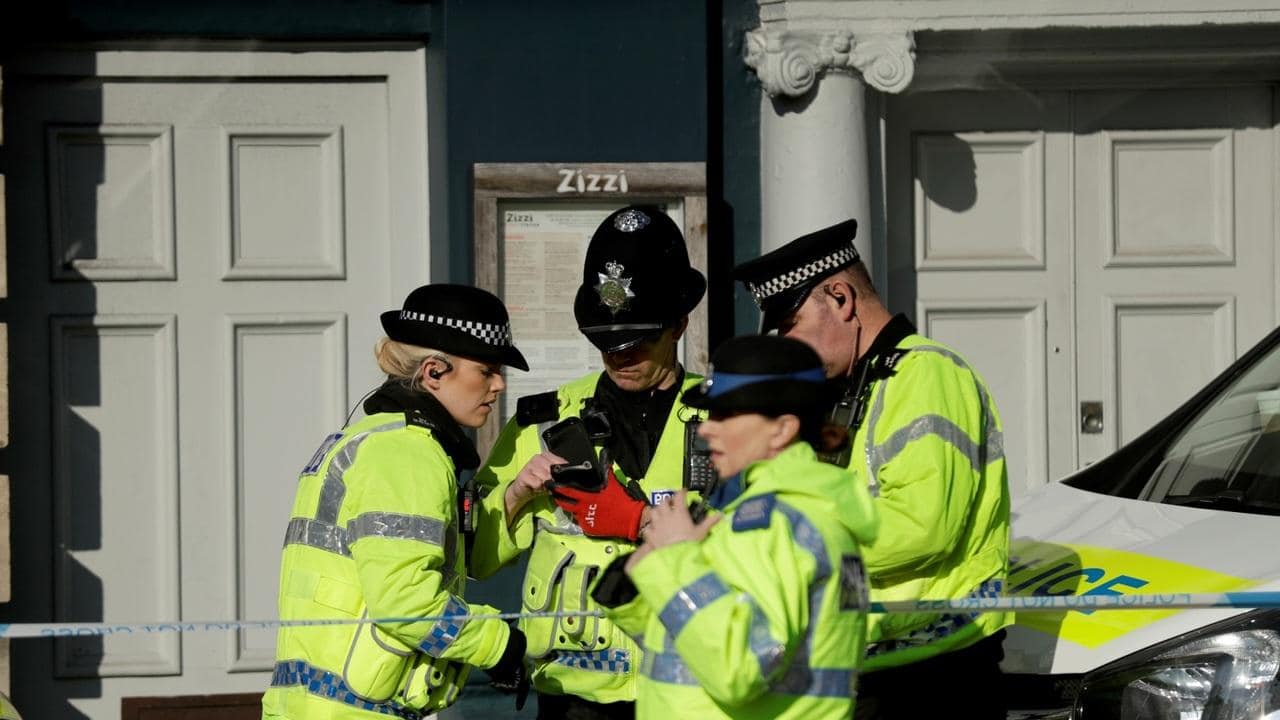 The fully documented destruction of Syrian chemical weapons was the first Russian intervention, which put the Deep State on the defensive.

On 23 June, the head of OPCW, Ahmet Üzümcü, announced in The Hague that the last of Syria’s declared chemical weapons had been shipped out of the country for destruction. The last 8% of the chemical stockpile was loaded onto ships at Latakia. … On 4 January 2015, the OPCW confirmed that the destruction was completed. – Wikipedia

Reviving the same strategy right now is just showing that the Western criminal cabal is running out of ammunition by which they can implement their Greater Israel Plan and control the sea and land based gas fields in the region. 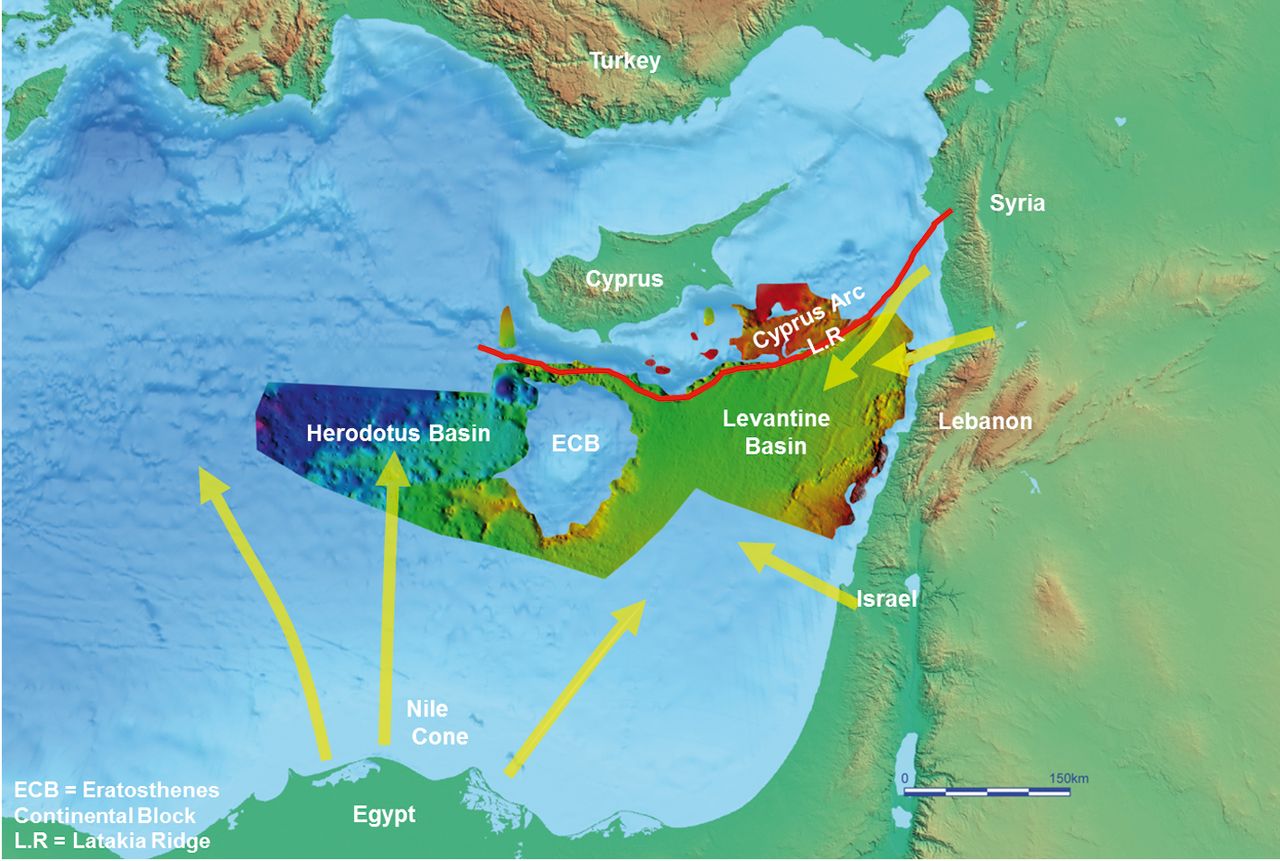 Everybody should watch this video in order to understand the bigger problem in Syria that the Western population needs to see. After all, it’s their taxes which made this hell possible.

Even the two-state solution is not something that the Jews deserve. Apartheid Israel must go inside the United States instead, where they are mostly welcome by the government and its Jewish friendly people.
The same people who are barely surviving the onslaught of chemical attacks in their municipal water supply, legislated mandatory vaccinations, full legalization of chemotherapy that even the prescribing doctors are not willing to take, and the genetically modified industrial food sources that they are forced to partake.
Apathy, indeed, is not without cost.