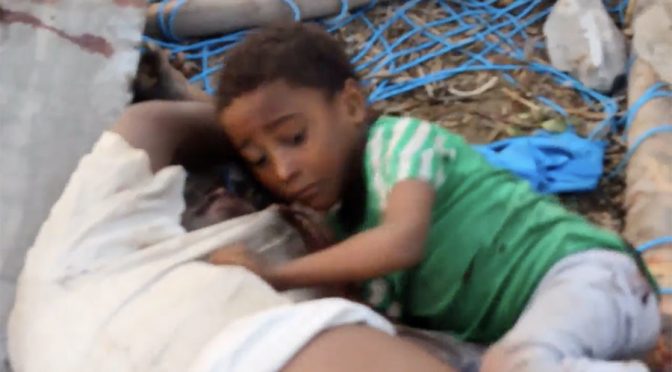 The Yemenis are lesser humans than those who consider themselves humanitarians and socially conscious societies. Their deaths simply don’t merit the same attention accorded to single shooter, or car rampaging, victims. But Macron’s dandruff does. 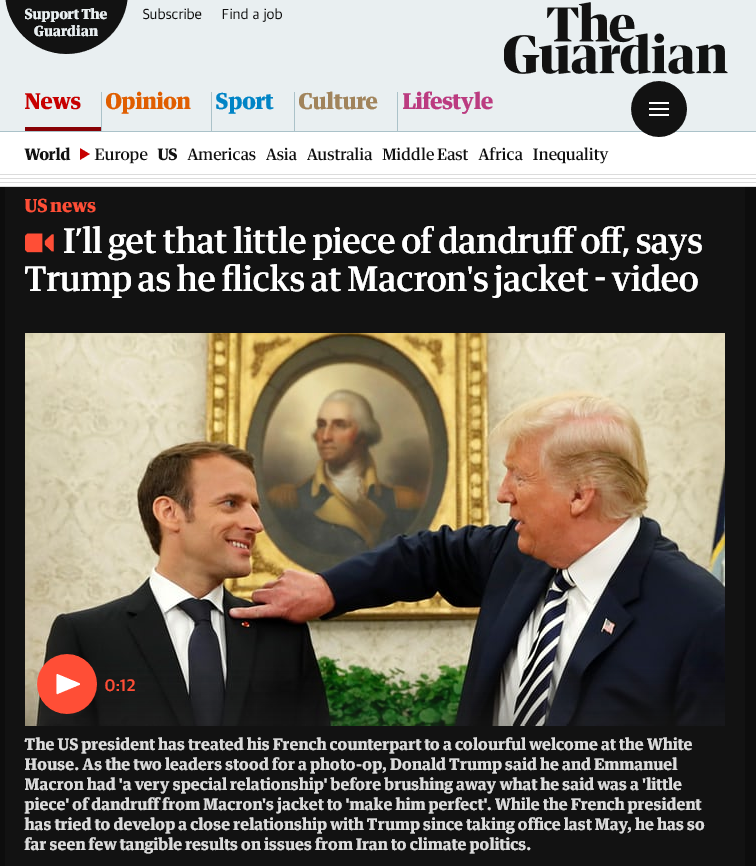 On Sunday, a reported Saudi-led missile strike hit a house where a wedding ceremony was being held, in Yemen’s northwestern province of Hajjah. There are conflicting reports on casualties. Numbers vary from 20, according to AP, to 50 people, according to local Saba News Agency. Meanwhile, Xinhua reports that at least 40 people were killed or wounded, citing a senior health official, Mohammed al-Ashwal.
The same figures were given by the head of Al Jumhouri hospital in Hajjah, who said they received “40 bodies, most of them torn to pieces,” according to Reuters. Thirty children were among the 46 injured in the attack, the official said.
The bride was among those killed in the strike, Khaled al-Nadhri, the senior Hajja province health official, said, as cited by AP. According to other reports, the groom was also hospitalized with injuries.
The death toll could rise, as some people are believed to still be under the rubble, according to Saba. At the same time, “a dozen of the injured are in critical condition,” al-Ashwal told Xinhua.
Two separate airstrikes on the wedding party were carried out, the Houthi-affiliated al-Masirah broadcaster reported. The Yemeni Health Ministry spokesman, Abdel-Hakim al-Kahlan, said that the jets kept flying over the site of the bombing for some time, which prevented ambulance personnel from assisting the wounded.
Riyadh, which has been repeatedly accused of indiscriminately bombing Yemen, said it would investigate the latest tragedy. “We take this report very seriously,” a spokesman for the Saudi-led coalition told Reuters, without elaborating.
A similar statement was made after the previous Saudi-led strike in Yemen, which lead to civilian casualties. On Friday, at least 20 people were killed after the Saudi-led coalition reportedly hit a civilian vehicle in Taiz province.
UN Secretary General Antonio Guterres has condemned the attack, in which “at least 50 civilians, including children, were reportedly killed” and has urged “a prompt, effective and transparent investigation” of the incident, spokesman Stephane Dujarric said, after being approached for comment by RT. “The Secretary-General reminds all parties of their obligations under international humanitarian law concerning the protection of civilians and civilian infrastructure during armed conflicts,” Dujarric added.
Since Saudi Arabia intervened in Yemen to fight the Houthi rebels and help re-instate ousted President Mansour Hadi in March 2015, more than 5,500 civilians were killed and over 9,000 injured as of the end of 2017, according to the UN.
During the years-long bombardment, civilian casualties have been repeatedly blamed on Riyadh-led strikes.
One of the deadliest attacks occurred in September, 2015, when an airstrike on a wedding party killed more than 130 people. In November 2017, another bombing hit a market and a hotel building in the northern Saadah province, leaving 26 people dead. The coalition then released a statement claiming the site was a legitimate target – a gathering point for Houthi fighters.

This particular airstrike is separate from the one in Hodeida province days earlier:

The Saudi Arabia’s aggression against Yemen is supported by the following countries:

The United States has, for more than a year now, been quietly participating in a Saudi-led war against the Houthis, providing valuable logistical support for Saudi Arabia’s airstrikes. So this missile exchange isn’t something out of the blue. It’s an escalation of current US policy, moving from indirect to direct participation in the Saudi offensive.

But we don’t really care simply because the killings are happening abroad. We can only do whatever we can to protect our communities.
For the media, this boy won’t make it to the front page.

Video 👇 of Rescuers trying to convince a crying little boy to let go of his dead father body
He kept crying saying NO NO NO
this is the aftermath of #Saudi #UAE strikes on a wedding in Bani Qais area in #Hajah NW #Yemen
33 dead
55 injured
Many still missing pic.twitter.com/5up1ZOFeAM

10 thoughts on “50 Dead, But No Condemnation on Saudi Airstrike vs. Yemeni Wedding Ceremony”