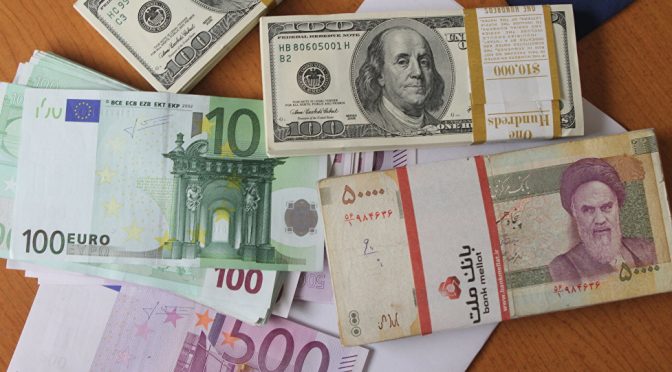 In the early years of the global effort to defeat the belligerent faction of the Western Deep State, the BRICS Alliance had sought to do it in a manner that would have the least negative impact on the population of the West. More than a decade since, and the West has not changed much. They are still in the stage of talking about the true nature of the problem with utmost eloquence.
Some are pinning their hopes on the Q thing. Why these people can’t do the necessary action by themselves, we keep on asking. They are still waiting for others to do it for themselves. They have not realized it yet that all that has happened before, and those that will happen in the future, will be done only by a few committed people wanting real change. The mind control hero redeemer worship is really that effective.
So, the BRICS has no other recourse but to officially start the planned global financial reset by dumping the fiat dollar from their system. On top of the recently inaugurated Chinese energy stock exchange, Iran and other allies are taking measures to end the dollar dominance in the market.
Oil Exporters Ditching Dollar, Switching to Other Currencies
Iran has decided to replace the dollar with the euro in foreign trade, thus joining an informal club of states, seeking to reduce reliance on the US currency in the oil industry.
Iranian government bodies and companies are being encouraged to use the euro as the main currency in their reports, statistics, publications and financial data.
“The dollar in Iran has no place in our transactions today, with traders preferring alternative currencies for their transactions. There’s no longer any need to continue using dollar-based invoices,” said Mehdi Kasraeipour, the Central Bank’s Director of Foreign Exchange Rules and Policies Affairs.
Tehran has responded to the US’ and its allies’ decision to extend anti-Iranian sanctions in March, which the Islamic Republic describes as “US-led economic collusion.”
“This is a politically motivated decision. Transactions in dollars go through American banks, which pose certain risks to Iran. There are no such risks in transactions in euros,“ said Alexander Razuvaev, director of the analytical department at Alpari.
Iran remains the largest manufacturer and exporter of hydrocarbon raw materials in the world, with EU member-states and China being its major beneficiaries. According to the Organization of Petroleum Exporting Countries, Tehran reaps some $70 billion dollars annually from sales of oil. The American dollar is often indicated as the deal currency between the country-exporter and the buyer, with reference oil being rated high even at stock exchanges in London and New York, which makes the dollar so special, granting it the status of the world’s most popular reserve currency.
Experts believe that the US should sound the alarm as Iran has shifted to the euro in its oil dealings; many oil exporters and importers are dissatisfied with the heavy dependence on the American currency. The world is trending to a so-called de-dollarization of the world energy market: such countries as Russia, China, Venezuela, and now Iran, are already on the list.
Since 2016, the St. Petersburg International Mercantile Exchange has been trading for Russian crude in rubles, Venezuela stopped accepting dollars for oil transactions last year, demanding the euro instead, while the Shanghai Exchange launched China’s first yuan-based crude oil futures last month.
Alexey Kalachev, analyst at the company Finama investment, stated that there were no restrictions in bilateral trade transactions in national currencies, which would become a means for Russia, Iran and Venezuela to bypass the risks of dollar transactions being blocked.
“A national currency must be easily convertible and be on the list of reserve currencies in order to become an alternative to dollar in energy transactions globally. China, which has launched yuan-based oil futures contracts, is the closest to the goal,” Kalachev said.
Last week, Iran’s Supreme Leader Ayatollah Ali Khamenei held “foreign intelligence” accountable for the “recent issues on the currency market,” asking the country’s secret services to “defuse the plots against the Islamic Republic.”
The Iranian rial has weakened as US President Donald Trump’s administration approaches a May 12 deadline to stay in or unilaterally pull out of the 2015 nuclear deal that eased the lion’s share of sanctions on Tehran. Despite the implementation of the accord, the risk of further restrictions and penalties has forced multiple companies to avoid or strictly limit their trade and investment in Iran.

Turkey’s Gold Repatriation ‘Sign of Coming End’ of US-Dominated Monetary System
The Turkish Central Bank has decided to bring its 220 tons-worth of gold home from the US. The country’s largest commercial banks have followed suit. Claudio Grass, a Mises Institute ambassador and consultant at Switzerland’s Precious Metal Advisory, explained why the move is a sign of the impending return to global financial multipolarity.
Sputnik: What do you think prompted Ankara to begin transferring its gold reserves out of the US Federal Reserve system?
Claudio Grass: I think there are several reasons for this, but the main might be that Erdogan’s former brother in arms Fethullah Gulen is living in Pennsylvania under the protection of the US government. Erdogan claims that Fethullah [is working with] the deep state in Turkey, which is trying to overthrow his position. So he claims that Gullen stands behind the coup attempt which took place a year and a half ago. Therefore, I think Erdogan does not trust Gullen, and also not the Americans any longer…
On the other hand, the economy is in trouble, and the Turkish lira for a long time has been facing pressure…
On the other side, Erdogan and the Muslim Brotherhood have some power ambitions to bring back a kind of ‘Ottoman Empire 2.0’. He also seems to understand that gold is money, especially given the status of gold in the Muslim world…and its historical status of real money. So by bringing back the gold reserves, he’s showing that he does not count on the US as a partner any longer.
Also, Turkey is still a NATO ally, but it seems Erdogan wants to go his own way, and gold allows him to finance and trade in a currency which doesn’t need to go through the international banking system.
A tank moves into position as Turkish people attempt to stop them, in Ankara, Turkey, early Saturday, July 16, 2016
Sputnik: What impact could this move have on the financial situation in the US? Only last week the Chinese declared that they were introducing the petro-yuan. That’s obviously going to take years to get traction. But it’s all looking as though they’re trying to change the status quo. What’s your feeling about that?
Claudio Grass: Yes, the Chinese are starting to trade in renminbi backed by gold; at the same time they’re planning BRICS trading based on gold. And I think it just shows that gold is becoming part of the system again, and that the East is trying to diversify their risks when it comes to fiat money into gold, which basically is insurance against all the risks which are linked with our current fake monetary system.
An employee counts 100-yuan (15 USD) banknotes at a bank in Lianyungang, in eastern China’s Jiangsu province on January 7, 2016
Sputnik: How likely are other nations to follow Turkey?
Claudio Grass: I think that’s something we can see. The trend that central banks are withdrawing their gold reserves started a few years ago. It shows that nations understand that it’s much wiser to have their gold reserves in their own countries. At the same time, why would they repatriate their gold if they don’t believe that gold is money? We have seen central banks in the West such as Germany, the Netherlands and Hungary bring their gold home, which basically shows that they’re trying to seek a diversification of their own risks when it comes to the US dollar as a world reserve currency.
Sputnik: What is the cause of the tendency to purchase gold and withdraw it from the US? Is it related in some way to the current geopolitical environment since President Trump has come to power?
Claudio Grass: We used to live under the American empire which basically took over after the Second World War; during the last 60 years it has basically just piled up a gigantic amount of debt. The world currency itself has always been the US dollar; even today, roughly sixty percent of all the reserves of the central banks are held in US dollars. At the same time, when it comes to international trade, the US dollar is the dominant currency.
© AP Photo / Mike Groll, File
But [the purchase of gold and its withdrawal from the US] are all signs of disintegration. They are all signs that we are going away from a unipolar world to a multipolar world again.
We are at the end of a long term debt cycle. Everything operates in cycles. We have printed money out of thin air, created it out of nothing for almost 50 years, basically since Nixon went off the gold standard. Since then, the US dollar has been the predominant currency. But everything comes to an end. We cannot fight a debt crisis by piling up more debt, and I think all the currency wars we have seen over the last ten years are signs that the world is changing, and that the world that we know is basically falling apart.
Sputnik: Are the economic consequences of this trend going to speed the end of the American empire, or is it going to take 15-20 years as some people are saying, before China catches up and takes over?
Claudio Grass: If we look into history, all empires ultimately collapse after a certain period of time. At the same time, what all these empires over the last few thousand years had in common was that they collapsed when they debased their currency, diluted their currency completely…I think that’s also what we are seeing today. In 2008 we took out a credit of roughly $140 trillion; today we are standing at $230 trillion. So what we have gone through over the last ten years is unprecedented in history. One day, we will have to pay back the debt, and I think that day is coming closer.

8 thoughts on “Iran Starts Ditching the Fiat Dollar, Turkey Repatriating Gold from US”