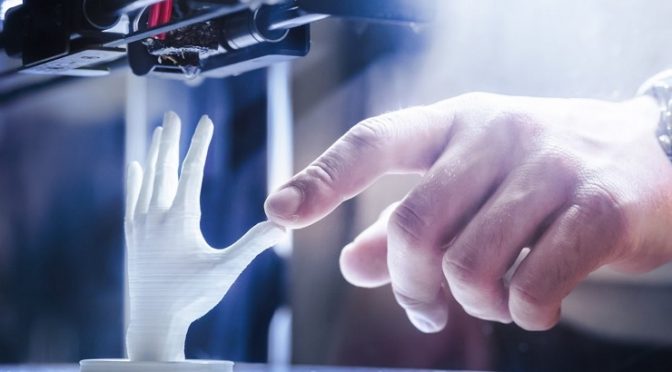 Centuries ago, technology like sailing ships, guns, and steel armor enabled Europeans to appear on South American shores and appear godlike to the natives. Through a combination of spreading disease and wielding military, organizational, economic and of course technological superiority, Europeans subjugated the native populations and conquered an entire continent.
European and eventually American technological superiority granted each and every subsequent century to the West. As military and manufacturing technology began to proliferate more freely and more rapidly following the World Wars, nations found themselves finally armed, economically independent and organized enough to throw off Western colonization.
It is a process that is still ongoing, with brief instances of technological advances in the West providing an economic or military edge before quickly being mitigated by that technology’s proliferation globally.
This decrease in lag time between Western technological breakthroughs and global catching up has put Western hegemony itself in danger. It is a danger Western policymakers have been spending greater amounts of time considering, and because of that, so should policymakers the world over on how to protect and even enhance the global balance of power this reduction in lag is creating.
RAND Fears the Future
In a recent paper published by the RAND Corporation, a US policy think tank funded by, and working for the largest military and economic interests in the Western Hemisphere, fears of how technology may further erode the West’s technological and thus economic and military edge over a world it seeks hegemony over are explained.
RAND published an article titled, “Four Ways 3D Printing May Threaten Security,” which focuses specifically on computer-controlled manufacturing and in particular, 3D printing.
The article begins by claiming:
3D printers already produce everything from prosthetic hands and engine parts to basketball shoes and fancy chocolates. But as with any technological advance, new possibilities come with new perils.​​​​​​​
The 4 ways include:

While some of the concerns RAND covers are legitimate, particularly the danger of computer code being altered to produce sabotaged parts, these are fears that already exist across existing manufacturing industries worldwide with strategies already developed to test manufactured parts before their use for critical applications.
3D Printed Firearms are Not a Real Threat
RAND cites the 3D printing of firearms by “terrorist groups,” however as the ongoing gun control debate in the US and terrorist attacks across the world prove, determined terrorist groups often carry out attacks using explosives or hijacked vehicles that kill far more people than single or even coordinated gun attacks. And despite firearms being so ubiquitous in nations like the United States, homicide rates appear to be more affected by socioeconomic factors than merely access to firearms.
A person with access to a 3D printer who is not a murderer will not suddenly be compelled to murder because they can now “print” a firearm.
Unemployment is also Not a Real Threat
The RAND report also waves the prospect of employment in front of potential readers to ratchet up fears. However while 3D printing will most certainly spell the end of factories in the intermediate to more distant future, what they have already proven is that localized manufacturing simply decentralizes manufacturing and the jobs that go along with manufacturing, as well as the profits.
To RAND’s credit, they recommend training and education to prepare people to assume jobs in additive manufacturing (3D printing).
The real fear, however, is that networks of local manufacturers will replace industrial monopolies, like those that fund RAND’s activities. These localized manufacturers will benefit from equally decentralized and localized profits. Power will shift from large corporations to local communities and individual entrepreneurs, enhancing the balance of socioeconomic power on a global, national and local level.
The End of Sanctions and Western-Dominated Globalization
Thus it is what RAND considers economic threats that reveal the true context of fears among RAND and special interests regarding newer, more accessible and more localized manufacturing technology. RAND’s article claims:
Economic sanctions and trade embargoes would become far less effective if rogue states could simply print what they need. Isolated regimes or extremist groups could also use printers to manufacture weapons that previously required industrial expertise.
“Perversely,” the RAND researchers wrote, “(3D printing) might indirectly support the survival and rise of such states as North Korea, which would no longer suffer the same costs of withdrawing from the international community.”
Here RAND lays down its cards. With localized advanced manufacturing technology, attempts to cut nations off from the US-European dominated international order will become increasingly ineffective. In fact many forms of more traditional manufacturing technology have already become cheaper and more accessible because of advances in technology, to nations once wholly dependent on Western corporations for technical expertise.
RAND also discusses fears over the end of globalization, claiming:
At the same time, the trade ties that have held together nations—incentivizing cooperation over conflict—could fray. A car company, for example, might print and assemble the parts it needs on site, rather than making the parts in one country, shipping them to another for assembly, and selling the final product in a third. A recent report by trade analysts at ING predicted that 3D printing could wipe out almost a quarter of cross-border trade by 2060. Those trade ties and supply chains, the RAND researchers noted, have contributed to a dramatic decrease in interstate war since World War II.
While it is true that these trade ties have “held together nations,” it is important to note that they are being held together to the primary benefit of a small handful of US and European corporations, industrialists and financial institutions who dominate and direct modern globalization.
Such ties have not provided an incentive to avoid conflict in favor of cooperation, as RAND suggests. Instead, globalization, when viewed as a modern version of British colonial mercantilism, represents a system of monopoly and control, interconnecting nations that are beholden to the entire system, and of course, an entire system dominated, directed and which serves the US and Europe.Sanctions wielded by the US and Europe provide a perfect illustration of how this system really works and what its true purpose is. Nations that do not accommodate US-European interests are penalized and unable to conduct business or maintain the economic health of their nations.
Multipolar Manufacturing for a Multipolar World
3D printing and other forms of advanced, localized manufacturing technology will undoubtedly reverse globalization and revitalize nationalism and localism. However, the prospects of wars erupting in this age of new localized abundance will be less likely than it is today. This is because as socioeconomic and technological disparity decreases between the world’s most powerful nations and its weakest, so too will military disparity.
The risk of initiating a war against a much weaker nation versus the benefits a nation will receive is what currently drives US and European military aggression around the globe.As nations become increasingly independent of globalization and as they acquire or develop military technology that improves military parity with the West, the smaller the list of potential targets for Western military aggression becomes.
Expanding socioeconomic and military parity is the true fear of US and European policymakers employed by large corporations whose power and domination stems from global disparity.
The emergence of decentralized, advanced manufacturing is inevitable. Nations with realistic plans to usher in an orderly transition from traditional economics to a more localized future will reap the most benefits. Those who squander resources attempting to impede or even roll back the tide of technological change will be swept away by it.
For those determined to establish and maintain a truly multipolar world where national sovereignty holds primacy over international hegemons, creating a likewise multipolar industrial and economic foundation will be key. Additive manufacturing like 3D printing will be one of the pillars upon that foundation.
Ulson Gunnar, a New York-based geopolitical analyst and writer especially for the online magazine “New Eastern Outlook”.

3 thoughts on “Technology Turns the Tables on Global Hegemons”