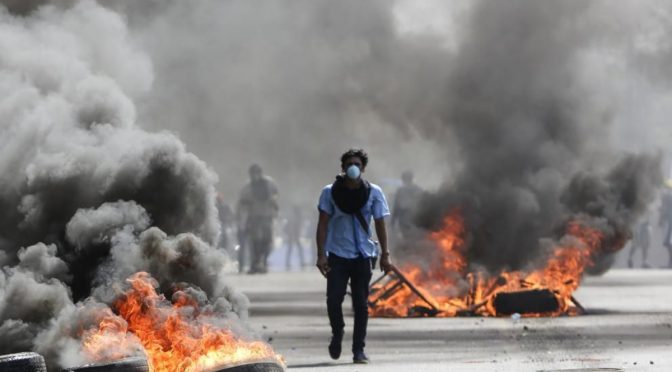 No doubt more will come out about this in the future as the coup is researched and analyzed. As the facts become clear, the opposition will lose more political power and be even less likely to win elections. The blockades of roads with violence undermined the economy and had a negative impact on the poor and working class. If it becomes evident that this was a strategy of the opposition, they will lose power. NGO’s that are funded by the US and run by members of the MRS will be noted for their dishonest narrative and will be seen as an arm of the United States and not trusted by the people of Nicaragua. Media outside of Nicaragua will come to understand that human rights groups and NGOs are not reliable sources of information but need to be questioned. They need to be pushed to break their ties with the United States.
This does not mean all is well on the Sandinista side of the alliance of forces. The coup is an opportunity for self-reflection and self-criticism that is already happening, as seen in this list of 20 results from the coup, which begins with “A more consolidated and United FSLN.” In addition, the Action Group of the Solidarity with Nicaragua Campaign put forward seven propositions to unify around. The protest took advantage of challenges the Nicaraguan government faces in continuing to lift up the poor and economically insecure. It shows their need to build their capacity to quickly let the public know their side of the story. And, it shows the need for planning for a post-Ortega Sandinista government, as the president is in his third term.
The anniversary of the revolution was a good beginning at strengthening the unity of the Sandinista movement and celebration of the defeat of the coup, but there will be challenges ahead. Nicaragua is a poor country that needs foreign investment. If the United States escalates the economic war, which seems to be the intent, it will make it challenging to continue the social and economic programs that are lifting up the poor. Nicaragua had relied on investment from Venezuela, but it is also in the midst of an economic war, which along with the low oil prices has created economic challenges for them. Nicaragua has begun to build economic relationships with China, Russia, Iran and other countries; these will likely need to expand.
The misinformation was deep and widespread. Inside Nicaragua, there were stories of students being killed that never happened but that escalated the protests. The opposition claimed to be nonviolent when their strategy was to use violence to force regime change while the government quartered the National Police. False news and videos of attacks on neighborhoods and universities never stopped being manufactured.  One example, students calling for help and claiming they were under attack, was later exposed in a video showing the students practicing the false social media narrative.
Peace and justice activists in the United States and western nations have learned they need to be much more careful believing reports on what is occurring in Nicaragua. The US-funding of NGOs involved in women’s issues, environmental protection and human rights in Nicaragua make them questionable sources of information for justice advocates. In addition, US-funded regime change efforts are getting more sophisticated at social media; and thus, care must be taken as social media has it is abused by regime change advocates. We must look to other sources that have shown the ability to report accurately e.g., Tortilla con Sal, Telesur, Redvolucion.  Peace and justice advocates must be grounded in anti-imperialism and nonintervention by the United States.
This article was originally published by “Popular Resistance”