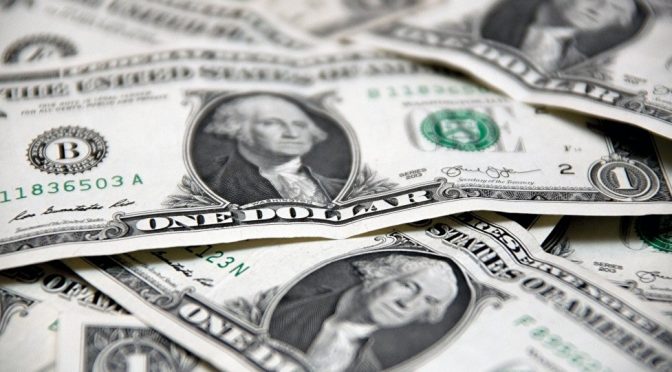 For turning against NATO in favor of the Russia-China-Iran Alliance, Turkey is now being aggressively attacked financially, which forces its currency Lira to plummet in recent days. The fiat US dollar is the only weapon left for the Western Deep State, and it may not be enough to regain control over Eurasia.
Russia, Turkey, China and Iran are fleeing the dollar and promoting bilateral trade in national currencies, amid the US tariff and sanctions spree.
“It is very difficult to move away from the dollar alone, but if the countries of the Persian Gulf decided to do this together, if they introduced a single currency, this would have a huge effect and a push for progress, this would turn the Gulf states into “global economic leaders.” Egyptian economist Muhammed Abdel Jawad said.
Jawad has drawn parallels between the European Union and the countries of the Persian Gulf region, suggesting that the potential Gulf bloc could have outperformed the EU due to its vast oil and gas reserves.
“If the countries of the Gulf created a single currency, the dollar would tremble,” he remarked.
The de-dollarization process has already kicked off across the globe. Turkish President Recep Tayyip Erdogan announced that Ankara would switch to lira for international payments. The statement came amid the Turkish national currency’s freefall and escalating tensions between Ankara and Washington.
Earlier, China, India, Iran and Russia had started using national currencies in bilateral energy trade. The question arises whether the Persian Gulf states, the world’s major exporters of oil, will follow suit.
According to Abdel Aziz al-Arayar, a member of the Advisory Committee of the Gulf Cooperation Council, there is no need for the Gulf States to forgo the dollar.
“I do not see the need for the countries of the Persian Gulf to switch to local currencies, be it rial, dinar or dirham,” al-Arayar told Sputnik. “These are very strong currencies and they are dollar-pegged. It does not matter how the currency is called. It is important that everybody recognizes it and it is backed by a strong economy,” the Saudi economist said, adding that the US dollar meets these requirements.
The economist opined that the ongoing crisis in Turkey was caused by the investment outflow. The country’s economy is built on foreign investments, he explained, adding that a similar situation had occurred in Malaysia in the 1990s.
Al-Arayar believes that de-dollarization won’t save Turkey: “It is necessary to revive confidence in the Turkish economy,” he suggested. “Diversification is needed, as one cannot rely solely on foreign investors. The money was steered to unpromising spheres, for example, real estate and infrastructure. All this did not provide the desired effect.”
Moving Away From the Dollar
Meanwhile, on March 26, Beijing dealt a powerful blow to the petrodollar by launching yuan-denominated oil futures on the Shanghai International Energy Exchange.
In April, Tehran abandoned the US currency and transferred all international payments to the euro, amid Donald Trump’s threats to withdraw from the Joint Comprehensive Plan of Action (JCPOA) commonly known as the Iran nuclear deal.
India is waging its energy trade with Iran in euros. Additionally, New Delhi has offered Tehran, one of its most important energy suppliers, to settle payments in rupees.
Turkey has long been considering plans to abandon the dollar, and now it is highly probable that Ankara will turn its words into action: On August 10, the Turkish lira hit a historic low, having plummeted by 18 percent.
Currently, Russia may completely switch to national currencies with China, Turkey and Iran. The abandonment of the dollar by the largest oil exporters may potentially boost the global de-dollarization trend.
On August 14, Russian Foreign Minister Sergei Lavrov emphasized that Russia supports non-dollar trade with Turkey.
“The use of national currencies for mutual trade has for several years been one of the tasks that the presidents of Russia and Turkey had set,” Lavrov said, adding that “identical processes” have been going on in Russia’s relations with Iran and China.
“I am confident that the grave abuse of the role of the US dollar as a global reserve currency will result over time in the weakening and demise of its role,” the Russian foreign minister pointed out.

2 thoughts on “Fleeing the Buck”