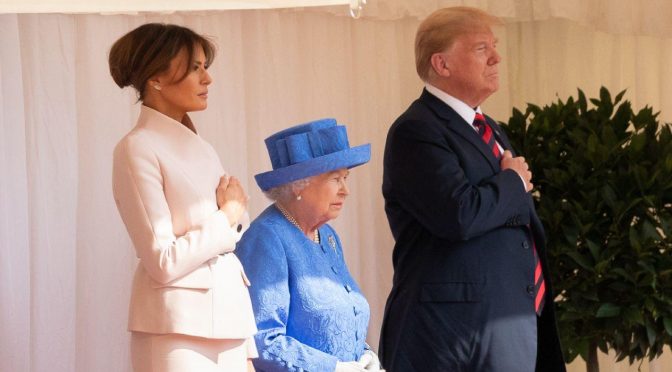 The City of London is scrambling to keep its control of the $1.5 quadrillion global derivatives bubble intact, under conditions that increasingly indicate its early demise. At issue is the British Empire’s stranglehold over the trans-Atlantic financial system and economies, under conditions of a surging alternative in the form of the Belt and Road Initiative.
One immediate flashpoint is the UK’s “Brexit,” and the City of London’s blackmail demand that they must retain their preeminent control of the world derivatives trade, even as they supposedly “exit” from the European Union. But the British Empire’s existential problem extends way, way beyond Brexit per se.
They are threatened by the “exit” of half of humanity from their looting schemes. They are threatened by President Trump’s moves to “exit” from geopolitical confrontation with Russia and China. They are threatened additionally by this week’s emerging alliance between Trump and the Conte government in Italy, which could topple the entire EU structure from the inside.
And they are threatened, of course, by their own overripe bankruptcy, and the conundrum that, even if they maintain, or increase, Quantitative Easing, the speculative bubble of financial assets will contract and implode; and if they slow down QE and raise interest rates, the collapse could be triggered instantaneously.
As JPMorganChase CEO Jamie Dimon moaned yesterday, we are facing a looming financial catastrophe:

“I don’t want to scare the public, but we’ve never had QE. We’ve never had the reversal… and people can panic when things change.”

5 thoughts on “The (Dying) Elephant in the Room”