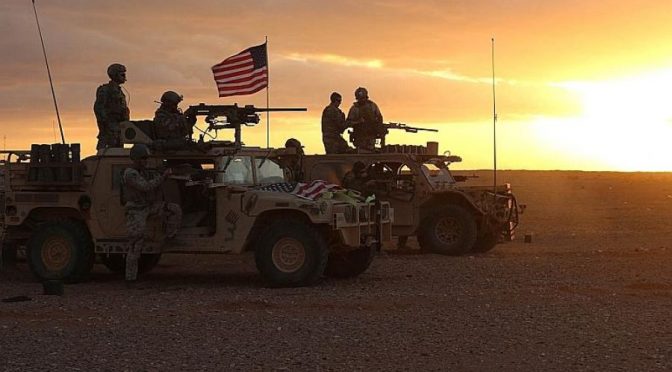 This was hell week in New York City. Traffic was paralyzed from one end of the narrow island to the other as bigwigs and their entourages flocked to the city for the fall opening of the United Nations.
Making matters worse, President Donald Trump chose the occasion to lambaste nations he does not like in a crude display of boorishness not seen since Soviet boss Nikita Khrushchev banged his shoe on his desk at the General Assembly back in 1960.
Trump reserved special venom for his pet bêtes noirs, Iran and China. His jeremiad against Iran was reportedly written by senior aide Stephen Miller, a rabidly anti-Muslim extremist who speaks with the voice of Israel’s expansionist far right.
Trump reiterated his doctrine of American ultra-nationalism. Political and economic nationalism are his credo. The president claimed he had indeed made America great again, whatever that means.
The president’s speech was greeted by derisive laughter from the General Assembly, a first in UN history.
I was reminded of Dr. Samuel Johnson’s famous bon mot, ‘patriotism is the last refuge of the scoundrel.’ Indeed it is.
And of the words of the late British professor, A.P. Thornton: ‘Patriotism is the first platform of fools.’
Patriotism is poison. Dictators, despots, lunatics – and too many democratic politicians – use it to inflame popular passions to enhance their power. There is nothing wrong with loving and respecting one’s homeland. Canadians offer a fine example of quiet national pride without obnoxious flag-waving and bullying.
But everything is wrong with unleashing toxic nationalist emotions to promote empire-building or eradicating whole peoples. Look at the current horrors in Burma and the recent mass crimes in Bosnia.
As a former soldier and war correspondent, I cringe when I see all the faux patriotism of sports events, chants of ‘USA, ‘USA,’ and pro-war propaganda on TV. Having walked many of the battlefields of World War I, on which millions died, I detest the kind of patriotic cant that ended the civilized glories of pre-war, 19th Century Europe. The idiotic cries in 1914 of ‘on to Berlin’ and ‘on to Paris’ haunt us. Their modern version was ‘Get Saddam’ and ‘bomb, bomb, bomb Iran.’
Trump, who sees himself as more an emperor than democratic president, continues to press for war with Iran, egged on by the cabal of pro-Israel advisors that surround him. Billionaire gambling king Sheldon Adelson pulls the strings from just backstage.
Now, in a new eruption of paranoia, President Trump just claimed that China was trying to rig this fall’s elections. How? By placing tariffs on US agricultural exports to China to punish Trump’s many supporters in the farm belt.
Add Trump’s economic war against Turkey which had locked up an American evangelical pastor accused of involvement in the attempted 2016 coup against the elected government. This contrived furor was clearly aimed at pleasing Trump’s core evangelical supporters. No matter that America was spitting in the face of old ally Turkey whose soldiers had saved many American GI’s during the 1950-53 Korean War and allows the US to keep nuclear weapons at its Incirlik air base.
Unfortunately, many Americans who have never known war at home since 1865 are all too eager to follow a path to war provided it’s far away and a turkey shoot. But now, having bombed all the usual Muslims and ravaged the Mideast, our national security state has to face the ominous reality that the US may have to confront real, big-time enemies, Russia and China. This clearly invokes the nightmare threat of a nuclear confrontation.
President Trump, who thundered at North Korea’s Kim Jong-un, ‘my nuclear button is bigger than yours,’ is not the best pilot to guide his nation through dangerous waters. While Trump has some solid advisors – generals Mattis and Kelly – he is also surrounded by a coterie of political fanatics, many plucked from the political gutter. Trump’s unnecessary trade wars and embargoes could easily lead to shooting wars.
We don’t need nationalism, we need wise, cautious leadership.
Eric S. Margolis is an award-winning, internationally syndicated columnist. His articles have appeared in the New York Times, the International Herald Tribune the Los Angeles Times, Times of London, the Gulf Times, the Khaleej Times, Nation – Pakistan, Hurriyet, – Turkey, Sun Times Malaysia and other news sites in Asia. ericmargolis.com