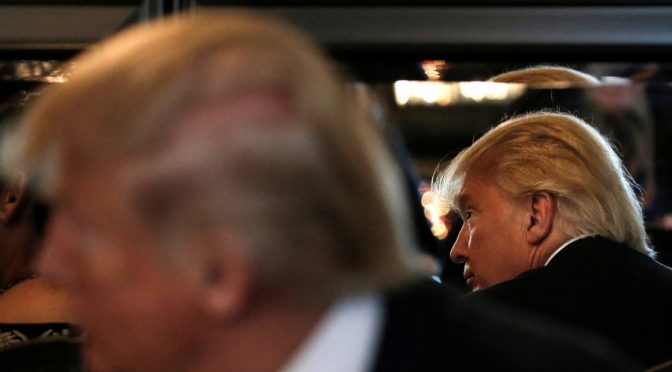 US President Donald Trump has been accusing OPEC of propping up oil prices. However, it is the Trump administration that triggered the crude rally, according to Russian President Vladimir Putin.
“We had a very good meeting with President Trump in Helsinki,” said Putin at the Russian Energy Week Forum on Wednesday. “But if we had talked about [oil], I would tell him that if he wants to find the culprit for the surge in prices, ‘Donald, then you need to look in the mirror,’” he added.
Putin said the growth of oil prices to $85 per barrel for the first time since 2014 has happened due to external political factors.
“This includes market expectations about sanctions on Iran, which are, by the way, absolutely illegal and harmful to the world economy. There is also a decline in production in North Africa due to a number of political circumstances (civil war, etc.).
“The decline in production in Venezuela happened also because of internal political reasons and the restrictions imposed there. Look at what happens in Libya – the state is destroyed, this is the result of irresponsible politics,” said the Russian leader.
Putin added that Trump is partly right in his estimation of where oil prices should be, and Russian companies would be satisfied with $65-$75 per barrel. Russia could increase oil production by 300,000 barrels per day, if necessary, Putin said. In September, the country produced a record amount of oil in its modern history as production rose to 11.36 million barrels per day (bpd).