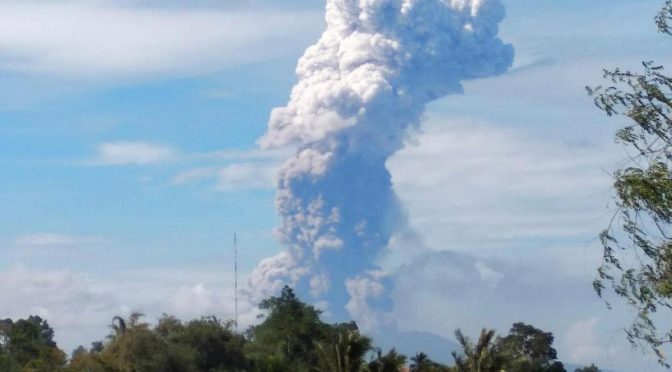 The Russian Defence Ministry has released video footage of the delivery of S-300 systems, interceptor missiles, radars and other hardware to Syria to boost the country’s air-defense capabilities in the wake of the Il-20 incident.
The night-time footage shows the military hardware being unloaded off the world’s largest military transport jet, the Antonov An-124 Ruslan (the Condor), designed to carry a payload of 120 tons. The video shows the gigantic front cargo doors of the aircraft opening up, through which the Russian servicemen rapidly unload an S-300 launcher, radar and control vehicles, as well as the mounting of surface-to-air interceptor missile tubes onto a hauling unit.
According to Defense Minister Sergey Shoigu a total of 49 pieces of military equipment were supplied to Damascus and all of it will be integrated with the Russian anti-air capabilities into a unified air defense control system by October 20, while Syrian crews will be trained to operate the new hardware within three months.

The delivery of S-300 units to Damascus, which was frozen over concerns by Tel Aviv, was ordered by President Putin in response to the accidental September 17 downing of the Il-20 reconnaissance plane with 15 servicemen on board by Syrian air-defense units during an Israeli raid. The Russian military has accused Israeli counterparts of acting recklessly and unprofessionally, and of deliberately using the defenseless plane as a cover, while Tel Aviv attempted to shift all the blame for the incident on Damascus and Tehran.

https://www.rt.com/news/440175-s300-delivery-syria-video/
Up to the last minute, even Cold War veteran Henry Kissinger lobbied for the postponement of the delivery of such military hardwares, to no avail.

UNITED NATIONS, September 28. /TASS/. Russian Foreign Minister Sergei Lavrov on Thursday had a meeting with the former US Secretary of State, Henry Kissinger [in office from 1973 through 1977], the Russian mission to the UN tweeted in Facebook.


Lavrov and Kissinger met on the sidelines of the 73rd session of the UN General Assembly.
The media were not invited. The mission uploaded the pictures from the media on to social networks later.
During his time at the post of the Secretary of State and later on as an expert, Kissinger has spoken in favor of pragmatic approaches to foreign policy that would be based on national interests and would not be pegged to ideology.
http://tass.com/politics/1023417

In response to the above Russian countermeasures in Syria, Washington’s envoy to NATO warned Russia to halt its covert development of a banned cruise missile system, or the US have no other recourse but to destroy it.

BRUSSELS (Reuters) – Russia must halt its covert development of a banned cruise missile system or the United States will seek to destroy it before it becomes operational, Washington’s envoy to NATO said on Tuesday.
The United States believes Russia is developing a ground-launched system in breach of a Cold War treaty that could allow Russia to launch a nuclear strike on Europe at short notice, but Moscow has consistently denied any such violation.
U.S. ambassador to NATO Kay Bailey Hutchison said Washington remained committed to a diplomatic solution but was prepared to consider a military strike if development of the medium-range system continued.
https://www.reuters.com/article/us-usa-nuclear-russia/u-s-would-destroy-banned-russian-warheads-if-necessary-nato-envoy-idUSKCN1MC1J6

This is, of course, not a breaking news considering that it was Putin himself who announced Russia’s latest military technologies that are available to hit any targets around the world with pinpoint accuracy and are able to evade all sorts of countermeasures.
The groundbreaking March 2018 announcement was in response to a number of ICBM and space rocket launches detected from foreign forces (here).
To make the current situation worse, the “US Internal Secretary Ryan Zinke suggested the US could use the navy to block Russian energy from hitting Middle East markets,” which Russia considers a declaration of war.
Those who were following this site should know that the Russians have been offered the opportunity to install nuclear power plants in the Middle East, which is not limited only to Syria and Iran. The Deep State could not accept the fact that even the Saudis, et al, are moving away from the petrodollar orbit.
Iran, on the other hand, is not moving an inch away from its position to protect its interests in the Persian Gulf.

As if this is not enough, India recently defies Washington’s warning of sanctions for its planned acquisition of the more advanced Russian S-400 air defense system.

The Cabinet Committee on Security, chaired by PM Narendra Modi, has cleared the “game-changing acquisition” on Wednesday, according to the Times of India. The move comes ahead of Russian President Vladimir Putin’s visit early next month.
The Indian Air Force (IAF), which operates the country’s air defenses, is expected to receive first S-400 squadron within 24 months after the contract’s signing. The rest will be delivered within the next 4-5 years.
https://www.rt.com/news/439672-india-buys-s400-russia/

These are just some of the reasons why there’s a great need for the Deep State look for other ways to raise funds elsewhere, including a earthquake-tsunami-volcanic eruption geoweapon attacks in gold rich Indonesia, which continue to refuse any more Deep State subjugation.

A volcano has just erupted on Indonesia's Sulawesi, just days after an earthquake and tsunami devastated areas on the western side of the island.
Mount Soputan, in North Sulawesi erupted about an hour ago. pic.twitter.com/O8jQMkHBoP

There are now a total of seven volcanic eruptions developing the Indonesian region.