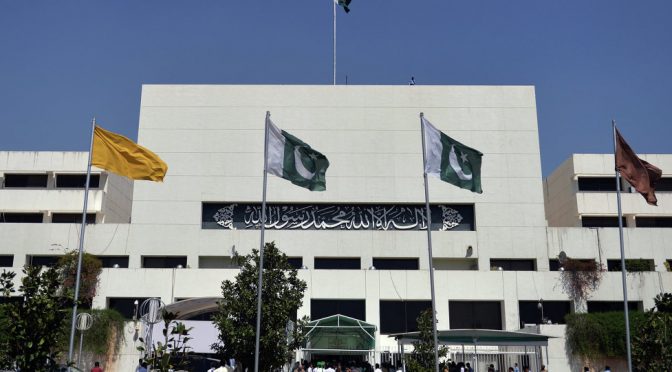 Pakistan appreciates the work non-governmental organizations (NGO) do in the country but has to regulate them to ensure they have no links to dubious activities that could endanger national security, Pakistani upper house lawmaker Sehar Kamran commenting on recent shutdown orders for NGOs.
On October 2, at least 18 international NGOs working in Pakistan were notified by the Pakistani Interior Ministry to wrap up their activities in the country within 60 days after their applications for registration under the rules regulating presence of foreign-funded aid groups were rejected. The move provoked harsh backlash from NGOs.
“We appreciate positive working and welfare activities of NGO’s but can’t compromise on the national interests and security of the country,” Kamran said.
She explained that some NGOs were found to be “involved in suspicious and unlawful activities,” including exploitation of sectarian and ethnic sentiment, collection of sensitive data under the cover of opinion surveys, and even “funding to various terrorist groups.”
The lawmaker stressed that it was the 2014 deadly terrorist attack on the Army Public School (APS) in the city of Peshawar, which involved foreign militants as well, that made the Interior Ministry devise regulations for international NGOs. She rejected the claims that the recent shutdown orders for some NGOs were made without any reason.

According to the lawmaker, the shutdown orders were issued only for those NGOs that failed to comply with the law and “were working against the interests of state.”
She recalled that the NGOs were initially given three months to review the status.
Earlier in the day, Said Nazir Mohmand, a defense and security analyst at the Pakistani Institute of Policy Studies in Islamabad, told that the Pakistani government’s decision to expel NGOs was consistent with Islamabad’s policy on updating rules governing the presence of foreign-based aid groups in the country and streamlining the aid sector to get rid of NGOs that harbor spies.
“The government’s policy regarding NGOs is being updated and most stringent measures and parameters are laid to remain focused on their activities. The government considers it as one of the course of espionage,” the expert said.
He praised some NGOs for doing useful work but said that some were “infested with spy moles” and engaged in manipulating sensitive information.

There are more than a hundred countries that are restricting NGO entry for fear of foreign intervention into their internal policies. We’ve seen how these foreign interventions played out in the Middle East, East Asia and Latin America in recent years.
More often than not, such interventions only worsen the situation and have resulted in more violence, poverty and desperation for the targeted population.