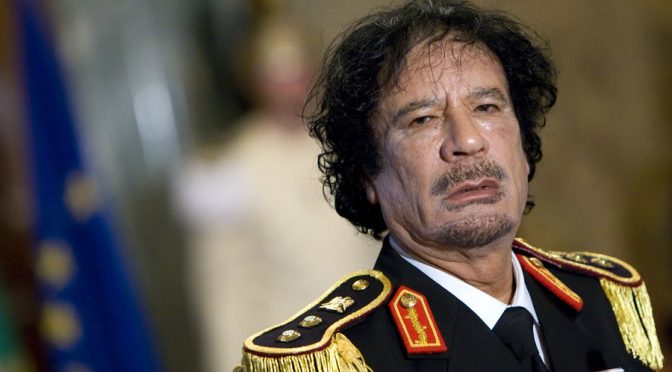 Prosecutors are investigating whether Belgian banks paid out interest and dividends on accounts frozen under UN sanctions in 2011 after the ouster of the Libyan leader Muammar Gaddafi.
Up to €5 billion ($5.7 billion) could have been disbursed to people controlling Libyan accounts, including militia groups in the country which stand accused of human rights abuses, according to a report by public broadcaster RTBF which cited an unidentified source.
RTBF said that when the UN agreed to freeze deposits held by Gaddafi’s administration abroad, Belgium had done so but had not halted payments of interest and dividends.
With NATO’s intervention in 2011, the UN introduced sanctions against the Libyan government’s assets, effectively seizing roughly $67 billion from the Libyan Investment Authority (LIA), held across Europe and North America. In the EU, national governments froze only the original amounts, while the interest and dividends earned after 2011 remained a liquid asset.
Belgian Foreign Minister Didier Reynders told reporters on Tuesday he had not been involved in the decision to unblock interest on deposits.
“This [decision to unblock funds] is the responsibility of the Finance Ministry. I have not headed it since December 6, 2011, and have not made any decisions on this matter,” Reynders said, recalling that the permission to partially unfreeze Libyan accounts was issued by the kingdom’s treasury in October 2012, when the Finance Ministry was headed by Steven Vanackere.
The United Nations is also investigating the alleged embezzlement of billions of euro that disappeared from the Gaddafi accounts, according to Belgian MP Georges Gilkinet.
“UN documents confirm that Belgium failed to comply with a UN resolution on freezing Libyan assets,” Gilkinet told RTBF, adding that he had only received fragmentary information from Belgian authorities. The politician said it is necessary “to clarify the situation, which may lead to a big scandal, because hundreds of millions of euros were sent to unknown individuals in Libya.”
An investigation, by Brussels-based European affairs weekly Politico, discovered in February “big, regular outflows of stock dividends, bond income and interest payments,” from the Gaddafi-linked funds kept in Belgium, suggesting a “loophole in the sanctions regime.”

10 thoughts on “Billions Missing from Frozen Gaddafi Accounts in Belgium”