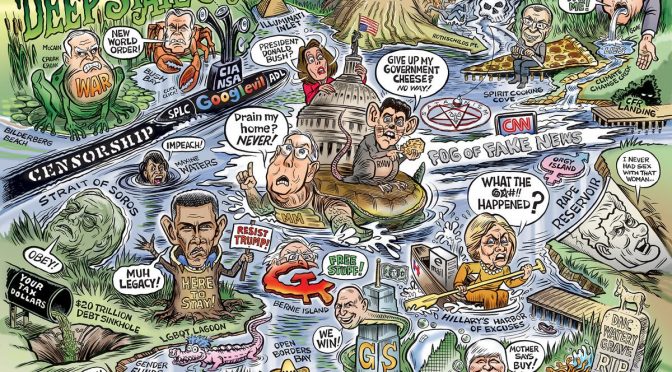 Serco Inc. is indeed part of Serco Group, an international contracting firm headquartered near London and partly owned by the UK government itself. Serco Inc. is the North America division of Serco Group, plc. In North America, Serco Inc. serves federal, state and local governments, along with the Canadian government and commercial customers, and over 14,000 in North Americas.
Digest that for a moment: U.S. federal records, personal medical records, patents, and visas are held by a company owned and directed by the British Monarch. Its “soldiers on the ground” are employees of SES who guarantee that Serco gets the contracts, and then manages and oversees their continued involvement.
America is not a sovereign nation with this arrangement. We are still subjects of the British Monarchy.

How Did the British Monarch Gain Control of the U.S. Government?

In 1897, Guglielmo Marconi’s successful development of trans-Atlantic radio communications and his drive to expand this capability resulted in the establishment of an American communications company named Radio Corporation of America (RCA). RCA assumed all the assets of the Marconi Wireless Company in America so that all technological development of radio communications for the U.S. Armed Forces would come under the auspices of the U.S. Government via a wholly-owned American entity.
RCA’s success in America soon turned to the market on the other side of the Atlantic. On September 10, 1929, RCA set up the first RCA subsidiary in the UK – this is what is traditionally considered to be the “start” of Serco. In 1959, an RCA subsidiary in Great Britain negotiated a contract to install and commission an early warning radar station at RAF Flyingdales as part of the Ballistic Missile Early Warning System project. This contract, awarded in 1960, secured the future for RCA in the UK. RCA now had evolved with demonstrable capabilities in the field of technical support for the most complex antenna and radar communication networks.
In 1969, RCA organized itself into operational divisions, one of which was focused on service, and so it came about that the RCA Service Division was formed – the part of the company that would eventually be purchased by its management and staff and renamed Serco.
Serco established its North American foothold in 1988 when it was incorporated, acquiring companies that shared a similar vision. In 2005, Serco acquired Resource Consultants Inc. (RCI), which expanded its capabilities in IT services, systems engineering, strategic consulting and HR-focused business process management. In 2008 Serco acquired SI International, further broadening its capabilities in IT and professional services in North America and gaining new federal government and DoD relationships.
Serco Inc. now employs approximately 14,000 people across the U.S. and Canada. The company delivers services to all branches of the U.S. military, federal and civilian agencies, state and local agencies, and commercial customers.
In July of 2013, Serco was awarded a contract by the U.S. Department of Health and Human Services’ Centers for Medicare and Medicaid Services (CMS) to support the health benefit exchanges. The contract had a one-year base period and four one-year option periods. As posted on the Federal Business Opportunities website, the contract value was approximately $1.25 billion.
Serco manages approximately 1,500 staff in Arkansas, Alabama, and Kentucky who support CMS with the routing, automated processing, reviewing, and troubleshooting of applications submitted for enrollment into a Qualified Health Plan. Serco also provides records management, and verification support.
Serco is so deeply embedded in our governmental operations that we have concluded that its take-over of the Republic is complete. Unless the unconstitutional Senior Executive Service is totally eliminated and new laws written to prevent international companies like Serco from ever operating within the government, we might as well fly the British flag over the Capitol building.
To see more on Serco and its paper trail back to RCA Photophone see:

What is the real truth about Serco?

Serco Tentacles All Over the World

Serco’s reach is not just in the UK and the US. As one of the leading providers of public sector services in the world, Serco’s UK and Europe region employs more than 31,700 people across 11 countries including Belgium, France, Germany and Italy. Serco advises policy makers, designs innovative solutions, integrates systems and delivers front-line services. Within the UK and Europe, Serco works across public service sectors in justice, immigration, healthcare, defense, transport and citizen services.
After reading about how Serco is entrenched in the U.S. government, we encourage international researchers to unmask these British Monarch tentacles in their own countries. If we all work together globally in exposing Serco, we might be able break free of the Queen’s rule over the world where she still believes that the sun never sets on her Empire. Then we can go after her handlers – the CityofLondon, the Knights of Malta, and the Vatican.

On March 18, 2013, Serco Inc., announced that their Pre-Grant Publication (PGPubs) Classification Services team recently processed their 2 millionth patent application for the U.S. Patent and Trademark Office (USPTO). Each application was also processed within the contractually required 28-day window.
USPTO is the government agency that grants U.S. patents and registers trademarks. In 2006, Serco was awarded the contract with USPTO to manage their Pre-Grant Publication (PGPubs) Classification Services. Serco’s PGPubs team has since been responsible for analyzing the claims made in patent applications and assigning the appropriate U.S. and international classifications to key aspects of proposed inventions.
In a single day, Serco’s PGPubs Patent Classifiers processed approximately 1,450 patent applications by analyzing more than 21,800 patent claims and assigning more than 7,900 U.S. and international classifications. Since 2006, the team has built a virtually paperless classification operation. The operation, they claim on their website, “includes a secure facility with IT infrastructure, procedures for recruiting and training highly skilled staff, and implementation of a set of automated tools that streamlined the classification process”. The facility is located in Harrisonburg, Virginia.
On November 30, 2015, Serco was awarded a patent classification services contract with the United States Patent and Trademark Office (USPTO). The recompete contract has a one-year base period with four one-year option periods, and is valued at $95 million over the five-year period, if all options and award terms are exercised.
Serco has supported the USPTO under this program since its inception in 2006, and currently processes approximately 1,600 applications a day, and over 400,000 applications annually. Under the contract, Serco has been instrumental in assisting the USPTO as it transitioned to a new international classification standard called Cooperative Patent Classification (CPC) and will continue to provide services within CPC that enables the USPTO to align and lead within the global intellectual property environment.
Serco Patent Processing System
In reading about how Serco’s patent processing system works, we peel back another layer of how Michael McKibben and Leader Technologies were ripped off by the IBM Eclipse Foundation, the U.S. Patent office, and all corrupt attorneys involved in this patent heist of all times.

Below is a description of how the patent process works and shows you how Serco is part of the process from start to finish. What Serco added to the process was the new key element of making all American patents fit an international format. Serco has first “choice” on what patents may be an issue of “national security” and thus confiscated and eventually weaponized by the Department of Defense or the Central Intelligence Agency.
The description below is the initial process Serco uses to “screen” all U. S. patents. It is taken from the U.S. Department of Commerce Privacy Impact Assessment called the Serco Patent Processing System (Unique Project Identifier: [1858] PTOC-016-00)
Continue reading by clicking on the page links below…