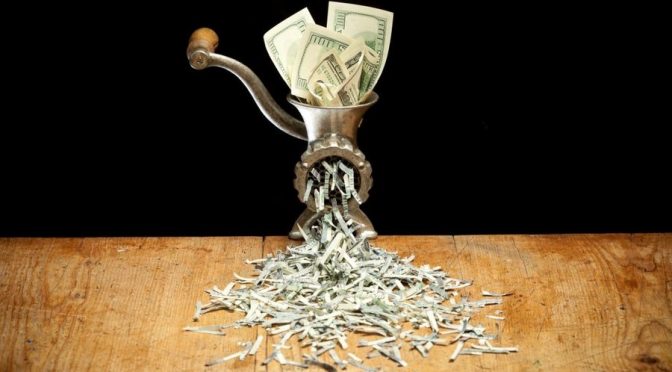 When we started posting about the post 911 implementation of the Global Reset, we were wondering then how exactly will it proceed. Will there be a long closure of banks, a one-time shutdown of banks, to put the new financial system online, or should it be preceded by a long global war like the preceding wars WW1 and WW2?
It turned out that it will be implemented in a series of currency agreements between two trading countries using their own sovereign instruments as backed up by real assets, industrial and natural resources, effectively bypassing the Western controlled fiat dollar.
During the recent visit of China President Xi Jinping to the Philippines, several agreements were signed including a currency swap agreement between Renminbi and Philippine Peso.


Xi also extended a personal invitation for Duterte to attend next year’s Belt and Road Initiative meeting in China.
Earlier in the week, Indonesia also signed a $28.81 billion currency swap agreement with China. Just last month, Japan signed a $29 billion worth of currency swap in order to “forge ties with China.”
What about the US?

In September, China’s share of US Treasuries holdings had the highest decline since January as ongoing trade tensions with Washington forced the world’s biggest economy to take measures to stabilize its national currency.
Still the biggest foreign holder of the US foreign debt, China slashed it’s share by nearly $14 billion, with the country’s holdings falling to $1.15 trillion from nearly $1.17 trillion in August, according to the latest data from the Treasury Department. The fall marks the fourth straight month of declines. China is followed by Japan, whose share of US Treasuries fell to $1.03 trillion, the lowest since October 2011.

https://www.rt.com/business/444345-china-us-treasury-holdings-drop/
China is doing this dollar unloading rather gradually if only to give American companies enough time to restore their own production facilities back home. But Russia has already done its own dollar dumping at 90% at least.
Both Putin and Erdogan have just inaugurated the completion of the offshore section of the Turkish Stream gas pipeline into Europe. The inauguration coincided with a Russian naval military exercise in the Mediterranean, just as President Xi warned the Chinese military to “prepare for war” should the US-China trade war worsens.
For Iran, of course, life goes on.
Iran’s president Hassan Rouhani said on Monday that the country will continue to export oil despite fresh US sanctions, which he described as “psychological war doomed to failure.”
“We will not yield to this pressure which is part of the psychological war launched against Iran,” he said on state TV. “They have failed to stop our oil exports. We will keep exporting it … Your regional policies have failed and you blame Iran for that failure from Afghanistan to Yemen and Syria,” he added, to chants of “Death to America!”. Rouhani also said that the US lacked international support for its sanctions against Iran.
“America is isolated now. Iran is supported by many countries. Except for the Zionist regime (Israel) and some countries in the region, no other country backs America’s pressure on Iran,” he said.

What this means is that the rest of the world is tired of participating in a grossly one-sided system which can be weaponized anytime, like how the SWIFT system is giving in to US pressure against Iran. Aggression such as the weaponization of the forex exchange system has led Russia and China  towards the establishment of their own SWIFT alternative system, which has already attracted more and more countries to join in.
So, what real leverage does the US under Donald Trump has in seeking better terms with a rising multipolar community of nations aiming for mutual progress and real inclusive development?
More so, what would the Deep State have to influence the rest of the world as they always have, now that the real giants in the game of geopolitics are widely awake and are no longer tolerating any inch of aggression from NATO?
Even NATO got their “GPS glitches” during their own “largest war games in decades.”

Finland’s malfunctioning GPS signal was caused by Russia, and not the 50,000 troops, 10,000 combat vehicles and 250 aircraft taking part in massive Scandinavian NATO drills – at least that’s what the PM thinks probably happened.

What of the unprecedented inability of the APEC Summit 2018 participants to issue a joint statement to move forward due to the “big giants” in the room?

Pointing to the “two big giants in the room,” the Asia-Pacific Economic Co-operation’s (APEC) chair, Papua New Guinea (PNG) Prime Minister Peter O’Neill, informed Sunday’s closing news conference that the expected Leaders’ Declaration would not be issued.
When pushed to explain the discord, O’Neill cited Beijing and Washington’s differences over the “World Trade Organization and reform of the World Trade Organization.” However, he was quick to point out that this was outside of APEC’s remit.

The fact of the matter is, Donald Trump is only playing along with the anti-Deep State efforts without sacrificing his desire to get as much concessions from the Eastern side of the Alliance, as much as possible. This explains all eventual change of position from all of his prior aggressive rhetoric against those in the other side of the negotiating table.
The good thing is there’s never really a threat of a real nuclear war because the West love their children, too.

We are indeed in the cusp of what we’ve been always talking about, i.e. the world as we knew it is ending, and in its place is a world of scientific wonder and the preservation of diverse cultures, all living in peace and harmony with one another.
Sure, the constant invocation of the word “inclusive” almost always reduced to mere lip service, but here in Asia, mutual cooperation is gaining traction much faster than before. Each country’s potentials are being identified much closer, and needed development assistance are subsequently extended.
The word “assistance”, or “aid” has been misinterpreted as an outright dole out, but in practice the donor exercises the privilege of gaining cheaper access to high quality local produce, and in cases involving infrastructure, the donor country will have to choose which of its company will have to render the project to its completion. That’s been the case with Japan and Western based companies. In the case of China, however, the recipient has the option to choose its own contractors.
Mutual cooperation not only covers the economic and cultural spheres, but also in dealing with drugs, human trafficking, and global security terror, all of which can be traced back to the Deep State.
The Deep State and all those who played along with its game of exceptionalism will just wither away like a turd.
As for the American economy, it is people like Titan, who will bring back industrial America back on its feet.

Titan has made this online high-end CNC-based machining seminar available to all of humanity for free, and all American teens and adults alike, who are interested in industrial production, should watch all of his educational videos on how to produce high quality machine parts, just like he has delivered to the top companies worldwide, for the proper motivation.