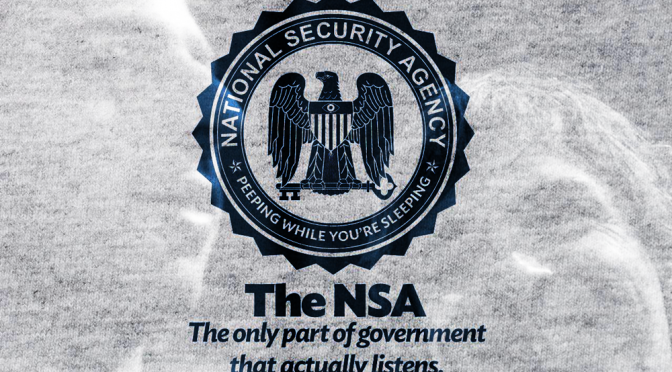 Years before Edward Snowden provided documented proof that the National Security Agency was really a national insecurity agency as it was violating law and the US Constitution and spying indiscriminately on American citizens, William Binney, who designed and developed the NSA spy program revealed the illegal and unconstitutional spying.
by Paul Craig Roberts
Binney turned whistleblower, because NSA was using the program to spy on Americans. As Binney was well known to the US Congress, he did not think he needed any NSA document to make his case. But what he found out was “Congress would never hear me because then they’d lose plausible deniability.
That was really their key. They needed to have plausible deniability so they can continue this massive spying program because it gave them power over everybody in the world. Even the members of Congress had power against others [in Congress]; they had power on judges on the Supreme Court, the federal judges, all of them. That’s why they’re so afraid.
Everybody’s afraid because all this data that’s about them, the central agencies — the intelligence agencies — they have it. And that’s why Senator Schumer warned President Trump earlier, a few months ago, that he shouldn’t attack the intelligence community because they’ve got six ways to Sunday to come at you. That’s because it’s like J. Edgar Hoover on super steroids. . . . it’s leverage against every member of parliament and every government in the world.”
To prevent whistle-blowing, NSA has “a program now called ‘see something, say something’ about your fellow workers. That’s what the Stasi did. That’s why I call [NSA] the new New Stasi Agency. They’re picking up all the techniques from the Stasi and the KGB and the Gestapo and the SS. They just aren’t getting violent yet that we know of — internally in the US, outside is another story.”
As Binney had no documents to give to the media, blowing the whistle had no consequence for NSA. This is the reason that Snowden released the documents that proved NSA to be violating both law and the Constitution, but the corrupt US media focused blame on Snowden as a “traitor” and not on NSA for its violations.
Whistleblowers are protected by federal law. Regardless, the corrupt US government tried to prosecute Binney for speaking out, but as he had taken no classified document, a case could not be fabricated against him.
Binney blames the NSA’s law-breaking on Dick “Darth” Cheney. He says NSA’s violations of law and Constitution are so extreme that they would have to have been cleared at the top of the government.
Binney describes the spy network, explains that it was supposed to operate only against foreign enemies, and that using it for universal spying so overloads the system with data that the system fails to discover many terrorist activities. http://www.informationclearinghouse.info/50932.htm
Apparently, the National Security Agency values being able to blackmail citizens and members of government at home and abroad more than preventing terrorist attacks.
Unfortunately for Americans, there are many Americans who blindly trust the government and provide the means, the misuse of which is used to enslave us. A large percentage of the work in science and technology serves not to free people but to enslave them. By now there is no excuse for scientists and engineers not to know this. Yet they persist in their construction of the means to destroy liberty.

30 thoughts on “The National Security Agency is A Criminal Organization”