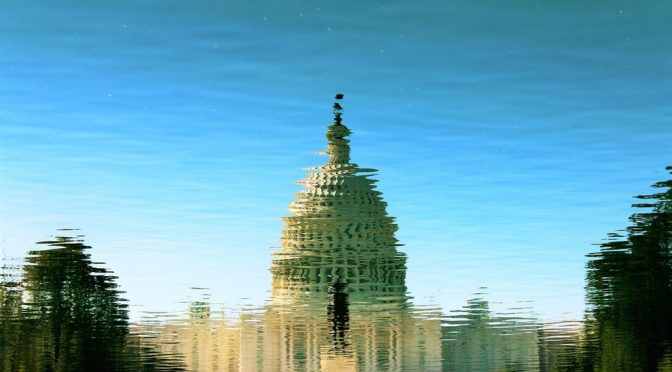 All throughout recorded history, empires fall by their own sheer arrogance as emperors were intoxicated with absolute power and succumbed to the whims of self-aggrandizement fed by a community of vested interests.
In today’s context, big corporate interests insulate the Oligarchy while they dictate the policies of government and the next target for plunder. The US military experience in Afghanistan and Iraq are the most notable of examples of a multifaceted attack against two countries that have not made any aggressive action against any of the Western countries, yet continue to be occupied unjustifiably.
Western populations could only pay lip service to their plight, while they too are suffering from economic insecurity and the constant two-party squabbles that have nothing to do with making their lives any better.
Now that the global threat of terrorism has been persistently traced back to the Western intelligence organizations and the MOSSAD, and exposed as nothing but an organized criminal action to keep the people on the edge and create the need for more security that only the government can provide, they now see the need to create new enemies, ideally, those who have expressed non-compliance with Western diktat.
Recently, even Donald Trump has been following the Deep State script that Venezuelan President Maduro must go for oppressing the Venezuelans, yet it’s the US that imposes sanctions after sanctions to pin down all governments not willing to work with it in equal terms. This is yet another proof that the US until now is still playing a two-faced geopolitical strategy to sustain itself.

The Deep State today is not even shy of holding up civilian targets like the Huawei CFO through the Trudeau government, and until recently, PressTV anchor Marzieh Hashemi, who has just been released after 10 days of detention without any charges filed to begin with.
In the larger schemes of things, these are just mundane expressions of desperation on the part of an outgoing hegemony that is not used to being challenged openly for all the world to see. But it chose to do it anyway if only to extract as much concession as can be made possible with whatever power it still has at this 11th hour of its reign.
Days ago, no less than the Moscow Exchange Chief is challenging the US dollar with a gold-backed Russian ruble as the next medium of currency exchange, following the accelerated dumping of the fiat dollar in its trade among China, Iran, Venezuela, Japan and even with the ASEAN countries.
The Russian financial institution has been for a few years in the process of completely shredding itself of US treasury holdings in response to the Deep State’s unilateral economic and political sanctions against it, while China is taking a carefully calculated approach to not plunge the US abruptly to chaos, but would rather help the Trump government maintain the status quo that continues to benefit the Chinese manufacturers and traders, while China continues to develop new strategic markets for its product. This means that the US could only push China that much, but it is in no way have the capability of dictating the terms in ways like it had in the past.
In order to hide its own weakness, and to continue projecting its geopolitical might abroad, it is now seeking a regime change in Venezuela by recognizing the opposition leader there as the interim president of the country. This of course will only lead to another banana republic if successful. Fortunately, the Ministry of Defense has recently issued a statement to protect Venezuelan sovereignty from “dark interests” that is now actively meddling with the country’s purely domestic affairs.

Did your local media show you this pro-maduro rally from today?

Well if not, then be sure your local media is rooting for a civil war in #Venezuela pushed & financed by the US. pic.twitter.com/RiIhgKV5gA

More than two centuries ago, the people of America were given the great opportunity to determine their future through industry and creativity, yet failed to sustain it by protecting their institutions from the systematic attacks made through mass media, banking and regulatory capture. America, today, is at war with itself.
It is nothing but a shadow of the republic that it was once before, and now made subservient to a much bigger hegemony that is exercising its unwarranted power through the parasitic triumvirate, i.e., Vatican, London, Washington DC.
That should be a learning experience, not just by the Americans, but for all peoples around the globe, not to rest prematurely on their laurels, but to keep the revolution against mediocrity and tyranny in perpetuity.
Today, wherever we turn our attention to, we can see multiple measures to aggressively limit the population, curtail legitimate grievances, alter weather systems, just to create a situation that will justify their own failure to provide a more conducive atmosphere for progress and development that would eventually make better lives for everyone.
Amidst the many distractions that America is being subjected to, a diabolical plan to use science and technology to gather enough DNA to analyze and protect the Empire from future dissent by actively suppressing those coming from a particular DNA class that shows a predisposition to protest, has been laid out.
The misuse of science continues to retard our natural progression towards shared prosperity and peace, i.e. that same set of scientific knowledge that is flooding farm lands by altering the weather can be used to turn arid lands into food forests to end global hunger and famine. Yet our leaders continue to create the need for military and governance aimed at preserving only their privileged positions of authority and that of the Imperial Power that anointed them.
Information emanating from scientists who are directly involved in various black projects worldwide suggest that we now have technologies that are 1000 years beyond those currently made accessible.
https://www.youtube.com/watch?v=e5nJA8Hkvyc
We have every right to those ultra-advanced technologies because they are not the work of the Empire, but by those people exercising their inherent resolve to improve humanity’s lot.
They keep on saying that these technologies are too dangerous to fall in the hands of the common man, yet it’s them who are evidently not capable of handling power properly. It is not only that we were prevented from enjoying the economic benefits of these technologies, but we were also robbed of a proper education through the true science of the natural world, which should lead us in recognizing our shared responsibility towards nature, and the realization of the oneness of our being.
They know that by doing so would only remove their grip from power that ultimately rest in our incapacity to think independently from the norm that has created this false sense of reality that nothing could be better.
Will we as a people exercise the same resolve to eliminate that self-centered Satanic Hegemon standing right before our common destiny to an enlightened and abundantly prosperous future?
Bear in mind, that while the Vatican Pope seems to be changing the church tune in matters of common concern, yet there’s a great body of evidence suggesting that the Jesuits are more than willing to play dead just to survive.
Whatever the case may be, let’s never allow the Deep State to have full control of the internet, and curtail the conversation on how we can truly make this world so much better than we found it, for the benefit of those we leave behind.
Otherwise, they will win again…