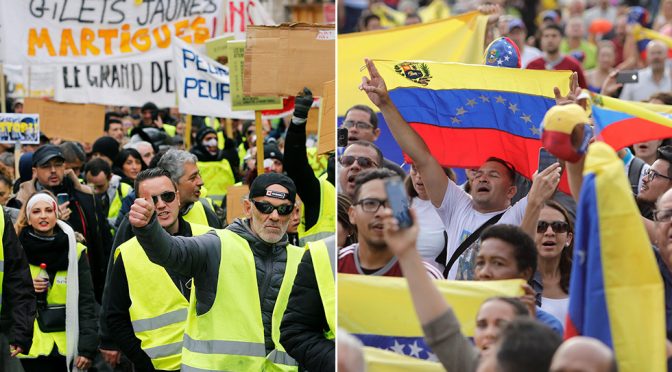 3 thoughts on “Protests in Venezuela good, protests in France bad!”