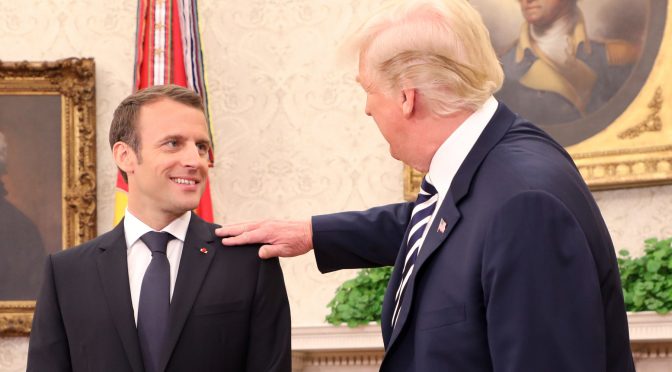 France’s Emmanuel Macron is pursuing a policy against his pre-election promise, “en marche” movement. The French police is getting more brutal against Yellow Vests protestors by the day.
In the larger scheme of things, however, he is just “a little boy playing his own little game” in a fast changing geopolitical landscape under the influence of the real adults based on the other side of the continent.

Peter Koenig is an economist and geopolitical analyst. He is also a water resources and environmental specialist. He worked for over 30 years with the World Bank and the World Health Organization around the world in the fields of environment and water.
Just as any “little boy” entrusted with authority, any fascist government can only get more violent under duress.