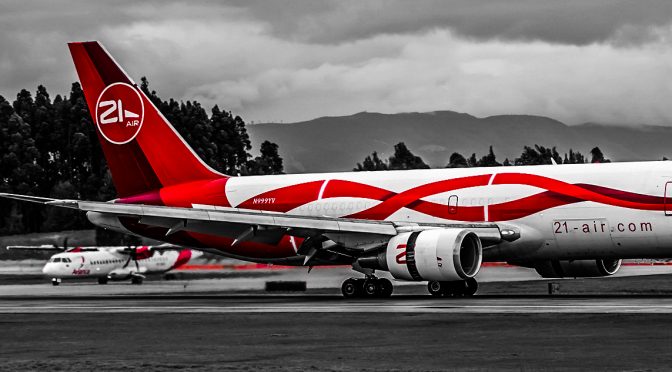 The parallels between aspects of the Contra scandal and the current situation in Venezuela are striking, particularly given the recent “outrage” voiced by mainstream media and prominent U.S. politicians over Maduro’s refusal to allow U.S. “humanitarian aid” into the country.

by Whitney Webb
GREENSBORO, NORTH CAROLINA – Two executives at the company that chartered the U.S. plane that was caught smuggling weapons into Venezuela last week have been tied to an air cargo company that aided the CIA in the rendition of alleged terrorists to “black site” centers for interrogation. The troubling revelation comes as Venezuelan President Nicolás Maduro has rejected a U.S. “humanitarian aid” convoy over concerns that it could contain weapons meant to arm the country’s U.S.-backed opposition.
Last Tuesday, Venezuelan authorities announced that 19 rifles, 118 ammo magazines, 90 radios and six iPhones had been smuggled into the country via a U.S. plane that had originated in Miami. The authorities blamed the United States government for the illicit cargo, accusing it of seeking to arm U.S.-funded opposition groups in the country in order to topple the current Maduro-led government.
A subsequent investigation into the plane responsible for the weapons caché conducted by McClatchyDC received very little media attention despite the fact that it uncovered information clearly showing that the plane responsible for the shipment had been making an unusually high number of trips to Venezuela and neighboring Colombia over the past few weeks.
Steffan Watkins, an Ottawa-based analyst, told McClatchy in a telephone interview that the plane, which is operated by U.S. air cargo company 21 Air, had been “flying between Philadelphia and Miami and all over the place, but all continental U.S.” during all of last year. However, Watkins noted that “all of a sudden in January, things changed” when the plane began making trips to Colombia and Venezuela on a daily basis, sometimes multiple times a day.
According to Watkins’ analysis, this single plane had conducted 40 round-trip flights from Miami International Airport to Caracas and Valencia — where the smuggled weapons had been discovered — in Venezuela, as well as to Bogota and Medellin in Colombia in just the past month.
Publicly available flight radar information shows that the plane, although it has not returned to Venezuela since the discovery of its illicit cargo, has continued to travel to Medellin, Colombia, as recently as this past Monday.

In addition to the dramatic and abrupt change in flight patterns that occurred just weeks before U.S. Vice President Mike Pence prompted Venezuelan opposition member Juan Guaidó to declare himself “interim president,” a subsequent McClatchy follow-up investigation also uncovered the fact that two top executives at the company that owns the plane in question had previously worked with a company connected to controversial CIA “black sites.”
Indeed, the chairman and majority owner of 21 Air, Adolfo Moreno, and 21 Air’s director of quality control, Michael Steinke, both have “either coincidental or direct ties” to Gemini Air Cargo, a company previously named by Amnesty International as one of the air charter services involved in a CIA rendition program. In this CIA program, individuals suspected of terrorism were abducted by the intelligence agency and then taken abroad to third-country secret “black sites” where torture, officially termed “enhanced interrogation,” was regularly performed.
Steinke worked for Gemini Air Cargo from 1996 to 1997, according to a 2016 Department of Transportation document cited by McClatchy. Moreno, although he did not work for Gemini, registered two separate business at a Miami address that was later registered to Gemini Air Cargo while the CIA rendition program was active. McClatchy noted that the first business Moreno registered at the location was incorporated in 1987 while the second was created in 2001. Gemini Cargo Logistics, a subsidiary of Gemini Air Cargo, was subsequently registered at that same location in 2005.
21 Air has denied any responsibility for the weapons shipment discovered onboard the plane it operates, instead blaming a contractor known as GPS-Air for the illicit cargo. A GPS-Air manager, Cesar Meneses, told McClatchy that the weapons shipment had been “fabricated” by the Maduro-led government to paint his government as the victim. Meneses also stated that “the cargo doesn’t belong to 21 Air and it doesn’t belong to GPS-Air” and that it had been provided by third parties, whose identities Meneses declined to disclose.

The revelation that the company that operates the plane caught smuggling weapons into Venezuela has connections to past controversial CIA programs is unlikely to surprise many observers, given the CIA’s decades-long history of funneling weapons to U.S.-backed opposition fighters in Latin America, Southeast Asia and other conflict areas around the globe.
One of the best-known examples of the CIA using airliners to smuggle weapons to a U.S.-backed paramilitary group occurred during the 1980s in what became known as the Iran-Contra scandal, in which the Reagan administration delivered weapons to the Contra rebels in order to topple the left-leaning Sandinista movement. Many of those weapons had been hidden on flights claiming to be carrying “humanitarian aid” into Nicaragua.
The parallels between aspects of the Contra scandal and the current situation in Venezuela are striking, particularly given the recent “outrage” voiced by mainstream media and prominent U.S. politicians over Maduro’s refusal to allow U.S. “humanitarian aid” into the country. Maduro had explained his rejection of the aid as partially stemming from the concern that it could contain weapons or other supplies aimed at creating an armed opposition force, like the “rebel” force that was armed by the CIA in Syria in 2011.
Though the media has written off Maduro’s concern as unfounded, that is hardly the case in light of the fact that the Trump administration’s recently named special envoy in charge of the administration’s Venezuela policy, Elliott Abrams, had been instrumental in delivering weapons to the Nicaraguan Contras, including hiding those weapons in “humanitarian aid” shipments. In subsequent testimony after the scandal broke in the 1980s, Abrams himself admitted to funneling weapons to the Contras in exactly this way.
With the recently uncovered illicit weapons shipment from the U.S. to Venezuela now linked to companies that have previously worked with the CIA in covert operations, Maduro’s response to the “humanitarian aid” controversy is even more justified. Unfortunately for him, the U.S.-backed “interim president,” Juan Guaidó, announced on Monday that his parallel government had received the first “external” source of “humanitarian aid” into the country, but would not disclose its source, its specific contents, nor how it had entered the country.

Top Photo | A 21 Air cargo plane coast on a runway in Colombia in 2018. Photo | Juan Pardo | Editing by MintPress
Whitney Webb is a staff writer for MintPress News and has contributed to several other independent, alternative outlets. Her work has appeared on sites such as Global Research, the Ron Paul Institute, and 21st Century Wire among others. She also makes guest appearances to discuss politics on radio and television. She currently lives with her family in southern Chile.
https://www.mintpressnews.com/us-company-that-smuggled-weapons-into-venezuela-linked-to-cia-renditions/255049/